The private gay club Escape was located in the center of Prague in V Jámě Street, it no longer exists today. According to the verdict, from April 2015 to November 2017, the club’s operators discussed young people aged 18 to 25, not only in the position of dancers and companions, but also in the provision of sexual services for remuneration.

They then collected money from prostitutes by demanding payment for the use of private space in the club or a “ransom” in the average amount of 2000 crowns for when a prostitute wanted to leave the bar with a customer. According to the courts, the club’s employees were also excluded from directly matching dancers with candidates, from which they had commissions. They also collected fines from the young men for alleged work offensesy

According to the Criminal Code, pimping is engaged in a person who “persuades, acts, hires, lures or seduces another person into prostitution” or “the spoils of prostitution operated by another”. At the basic rate, pimps face six months to four years in prison. The rate for members of an organized group rises to two to eight years.

“Conduct of the defendant and previously convicted and The division of individual activities has undoubtedly reached the level that we can talk about organized groupsE. This increases the social harmfulness of the proceedings, “said Vanda Činková, Chairwoman of the Board of Appeal.

Was it just a bar disco?

“I bought a club that has been running for ten years. I haven’t changed anything about his organization. The club had no rooms, it was just a bar and a disco, it was completely open with one private place behind the curtain. I was never interested in recruiting dancers, I never made any money from those boys. “I never took advantage of prostitution and I never wanted to,” Scolari said today.

“I don’t understand everything that happened to our club when another hundred similar clubs are open in Prague,” he added in Italian. At the Prague City Court, the man previously introduced himself as the manager of famous singers. He insisted that he was never accepted by the dancers himself, but by his subordinates. He also noted that sex with multiple people or prostitution is not illegal.

Attorneys Tomáš Sokol and Renata Vesecká represented Scolari’s appeal today. “It is clear from the statement that prostitutes flocked to the company without the need to negotiate. Simply because I expect customers there as a associated profit, “said Sokol.

Together with Vesecká, they also pointed out that the government and the city of Prague were seriously considering legalizing and taxing prostitution. According to Vesecká, the social harmfulness of similar actions is no longer the same as before. “The judgments of the 1970s are inconclusive. It is necessary to evaluate the overall development of the company, “she argued.

The courts have previously sentenced the club’s executives Luboslav Arsov and Lukáš Rejmon and Branislav Tomaníček to suspended sentences. The men denied prostitution at the club, but unlike Scolari, they did not appeal.

Were there underage boys?

The indictment originally stated that minor boys also operated prostitution in the company. However, the main trial did not show that the defendants knew that these boys were not of legal age. Juveniles used forged documents with a fake date of birth.

Scolari also faced accusations of seducing them into sexual intercourse and endangering the child’s upbringing. The prosecution claimed that three underage young men got drunk with their partner and then had group sex with them. In this respect, however, the courts acquitted Scolari. Nor did it prove that the Scolari and another juvenile and Arsov went abroad for sexual experiences. 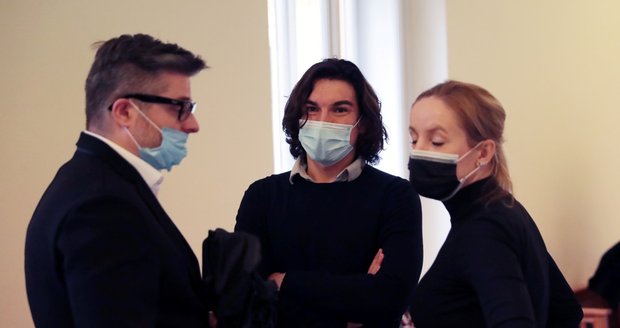 The Municipal Court in Prague was dealing with a case concerning alleged pimping in the gay club Escape.

‹ Sleep disorders: virtual laboratory for analysis › Ukraine has stopped construction of a new hydroelectric power plant on the Dniester