Billie Jean King Cup in Prague: Program and groups of the tournament, Czechs in the action of the former Fed Cup

The last time Prague hosted the Fed Cup final was in 2018, when the Czechs defeated the USA.

Named after former world number one and women’s rights activist Billie Jean King, the championship premiered in 1963 as the Federation Cup. However, it has been remembered by current viewers as the Fed Cup.

The Czech tennis players dominated the Fed Cup in the new millennium, and since 2011 they have been able to win the entire competition six times. With eighteen titles, the USA is the most successful country, and this year’s victory is defended by French tennis players.

The biggest event ever there is a tennis boss thundering. And he believes in the participation of the stars

Prague will see the premiere of the new tournament format. The big news is that the championship is held in one place in one week. In the four-member main, the teams are listed on a one-on-one basis, with the winning groups advancing to seven. Two singles and one doubles are played in the match.

Among the participants in the 58th year of the competition are two finalists from the last championship, the home country, the team starting on the wild card and the eight national teams that advanced through the qualification in 2020. 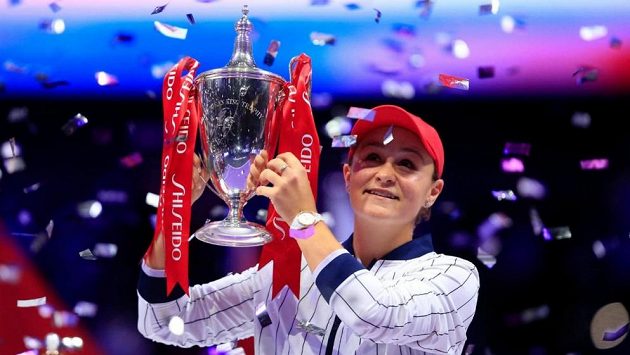 Champions Tournament 2021: Program and results of the WTA Finals in Guadalajara

The Billie Jean King Cup begins on Monday, November 1, when there are four matches on the program, including a duel of Czech tennis players with Germany. The basic groups are played on Thursday, a day later the semi is played. The final is scheduled for Saturday, November 6 from 4 p.m..

Champions Tournament 2021: Program and results of the peak tennis season

Nomination and roster of the Czech team – Czechs Krejčíková

Non-playing captain Petr Pála announced the nomination at the beginning of October and despite a number of absences he can rely on a great team. In addition to the golden Olympic pair Barbora Krejčíková and Kateřina Siniaková, Markéta Vondroušová, Tereza Martincová and experienced deblist Lucie Hradecká will also perform.

The injured Petra Kvitová and Karolína Muchová will not take part in the tournament, and the Czech single number one Karolína Plíšková also apologized for the busy tournament.

The home of a number of stellar tennis players will be the O2 Arena with a capacity of 12,000 seats in the first week of November, and on Monday and Tuesday it will also be played at the 2,000-strong O2 Universe.

The price of admission depends on the day and the category – they are of course higher on the first floor. All-day entry applies to all matches and matches on a given day. Ticket sales start on Wednesday, October 6, from 12 noon in the Ticketportal and Ticketpro networks.

‹ Sleep disorders: virtual laboratory for analysis › Ukraine has stopped construction of a new hydroelectric power plant on the Dniester