AN ESET, Europe’s leading cybersecurity solutions company, recently launched its report for the second quarter of the year T2 2021 Threat Report, which compiles the main statistics of its detection systems, highlighting notable examples of its research in the area of ​​cybersecurity and revealing exclusive information about current concatenates.

According to the report, there is an increase in malware detection in Portugal.

Malware detections between Q1 and Q2 of the year increased by 10.8%. Detections of infostealers (which include spyware, backdoors, banking malware and cryptostealers) registered a significant increase, in the order of 29.6%, and as the five most detected malware families were all trojan reviews. AN ESET it also registered a progressive increase in force efforts against RDP (Remote Desktop Protocol) services throughout the second quarter of 2021. 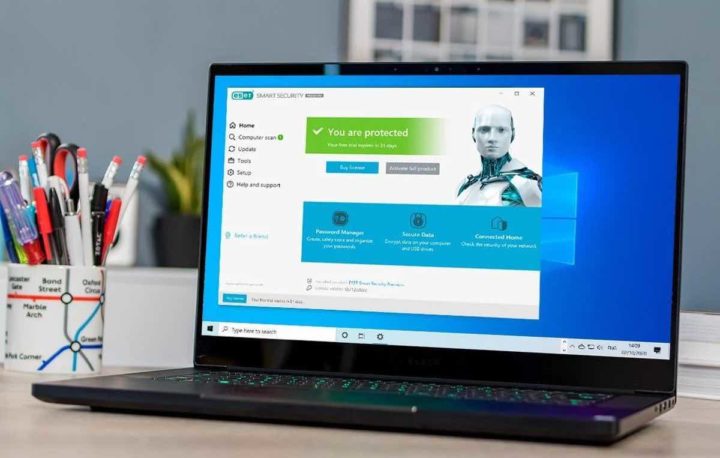 The brute force points, which often serve as a gateway to ransomware, registered a huge growth in the second quarter of the year. Between May and August 2021, ESET detected 55 billion new brute force attacks (+104% compared to the first third of the year) against publicly exposed RDP services.

ESET's telemetry also recorded an impressive increase in the average number of services per single customer, almost doubling from 1,392 on the machine per day in the first quarter of the year to 2,756 in the second.

Also in Portugal, there was a growing trend of this type of attack during the second quarter of 2021, with around 827,000 attacks being recorded via RDP in this period. 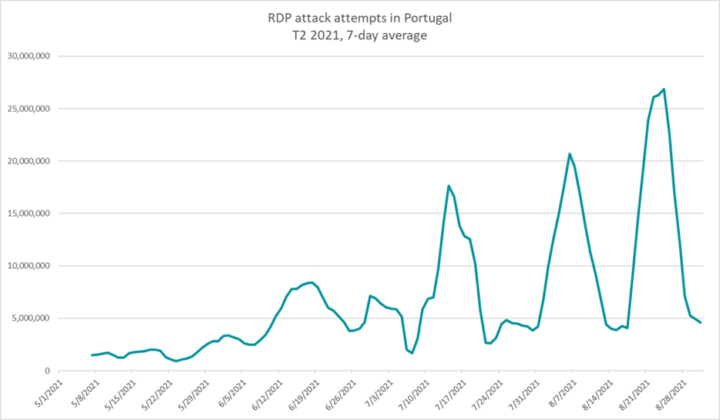 ESET Threat Report T2 2021 also summarizes the most important findings of ESET researchers in this period: a new APT group targeting both Windows and Linux systems, a variety of security issues in Android stalkerware apps, and a diverse class of malware that targets IIS (Internet Information Services) servers.

Finally, the report provides an overview of the various lectures given by ESET researchers and experts over the past few months, as well as those planned for the virus report, AVAR and SecTor, among others. You can get the report for free at the link below.