Jiřího z Poděbrad: The reconstruction will be taken over by the municipality

According to the approved document, the square is an official space, because it is connected to Vinohradská třída and there is an important monument on it, the Church of the Sacred Heart of the Lord, the architect Josip Plečnik. “The current state of the square and its architectural form were created by gradually unconceptual modifications, especially since the 1970s, which do not correspond to the significance of the national cultural monument, ”the document states.

Prague 3 is preparing a reconstruction Every year in 2000, when the then management of the town hall approved the competition’s new design of the square from the MCA studio. Years of discussion and dispute followed. Other locals opposed the proposal, who did not like the proposal to remove the fountain from the square. The previous management of the town hall then prepares modifications according to the original studies completely stopped.

The new coalition emerged from the elections in 2018 and subsequently considered whether to continue according to the original plans or announce a new competition. Last September, deputies demanded the first option at the same time, the town hall collected suggestions from residents, which architects should take into account in the revised project.

According to the document approved on Monday, the project should be completed in October. Subsequently, according to the memorandum of the town hall before the municipality, who chooses a construction company in the summer should work begin. According to the municipality, the current cost estimate of 270 million crowns without VAT will probably not be final. “It is possible to assume that after the submission of the final control budget, it will be necessary to increase the total cost of the action,” the document states.

The Prague transport company also started repairing the metro station on the square in September. New lifts for wheelchairs and parents with prams will be built in it, escalators will be replaced and other parts of the station will be repaired. The repair will take over two years and from January 2023, the station will be closed for ten months. The reconstruction will cost the company 1.29 billion crowns and will end in February 2024. The Prague City Hall has been preparing the reconstruction of Vinohradská Street for a long time. The city has not yet announced when the work will begin. 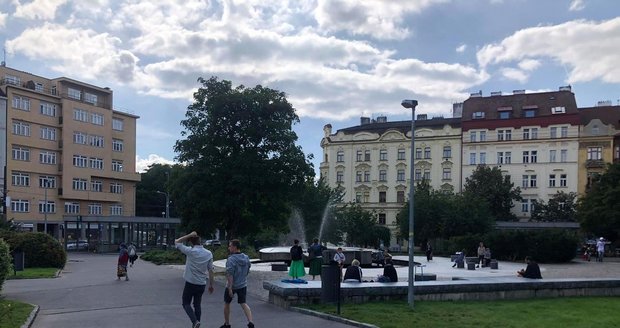