“Bordeaux, the biggest beating of my career”

A few hours before the match between two of his former clubs, AS Monaco and Girondins de Bordeaux, the current striker from La Reggina in Italy took the time to talk about his career in the Principality.

He only stayed two years at the foot of the Rock! Two years in a period that has not really marked the history of AS Monaco. And yet, Jérémy Ménez kept a good rating with the supporters of the Club, who had detected in him at the time of the technical talent of the nugget which was announced from his beginnings at Sochaux. Two years which have nevertheless allowed him to evolve alongside some pretty names in European football.

He’s still having fun in Serie B

From now on Serie B striker, the former French international (24 caps, 2 goals) agreed to remember his time on the Côte d’Azur, a few hours before the match between AS Monaco (64 games, 14 goals and 7 assists) and the Girondins of Bordeaux. His two former clubs that he does not forget, even if he does not hide having had a special relationship with the main training. Aware of his “youthful mistakes” at the time, the one who is now 34 years old, tells us about his life in red and white.

Hello Jérémy. To begin with, what image do you keep of your time at AS Monaco?

Monaco remains a very good memory for me. It was my first transfer in my career as a young footballer, and that’s where I got to know a great European club for the first time. I still have ties to it today, family and friends. And I am even often in the region. So I can only keep an exceptional memory.

Would you say that Monaco has been a springboard in your career?

Even if everything was not perfect, I am aware of it, I do indeed think that Monaco has been a springboard, an accelerator in my career. My career at ASM was very good and much worse. But it is thanks to this club that I was able to continue my apprenticeship in the profession, get to know the French Espoirs and have the opportunity to go to Italy in another big club. Monaco remains a very beautiful passage in my life and I am proud of it. 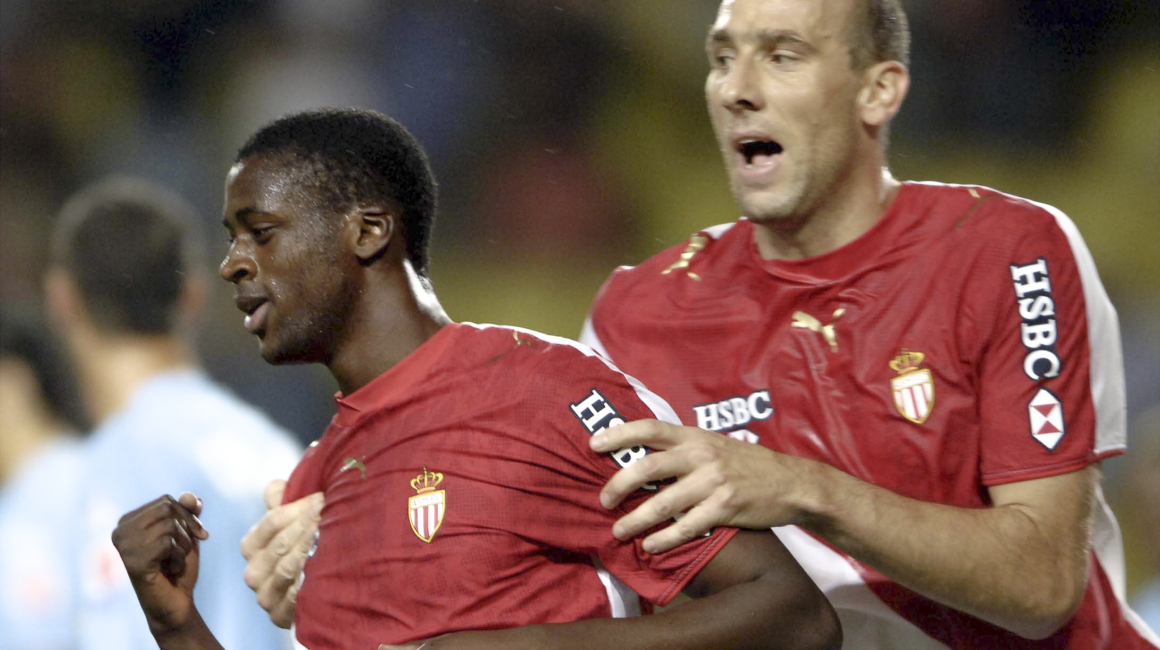 Yaya Touré knew how to do everything! He knew how to defend, accelerate, score … Having a player like that on his team was a treat, everything was easy.

Especially since you have known some great players here …

It is true that I worked with very great players at that time. With hindsight, with the team we had, it’s a shame that we did not manage to hang on to Europe and have good results (9th in Ligue 1 in 2007, 12th in 2008, editor’s note). Afterwards, when I arrived, the club was finishing a cycle, so everything was a bit new, and that certainly explains the ups and downs that we were able to have. But Yaya Touré was obviously a phenomenon. I also had a great bond with Camel Meriem too, even off the pitch. We find each other easily. And then there is Nenê who was a very technical player, who put in sacred cakes and a lot of goals! I got to know him in Monaco and then at PSG. A hell of a player.

Is Yaya Touré the one who marked you the most?

I think yes. I had seen him play when he was in Greece at Olympiakos. At the time they had faced Lyon in the European Cup, and I had already noticed, he was super strong. And then I had the chance to meet him at AS Monaco. The guy knew how to do everything! He knew how to defend, accelerate, score… Having a player like that on his team was a treat, everything was easy.

⚽️ What A Goal # 18: 🏃‍♂️🏃‍♂️🏃‍♂️ The lonely ride of @YayaToure facing Le Mans concluded with a flat foot that deceives Pelé! #STIR pic.twitter.com/8kK3jss7FW

It is true that I would have liked to bring more to AS Monaco. Despite everything, I learned and grew a lot here, even if I made small mistakes when I was young. For me it was a big change and it is also what made me know the very high level, to improve myself, to progress, to grow again.

Would you say you regret not having done more?

It is true that I would have liked to bring more to AS Monaco. Despite everything, I learned and grew a lot here, even if I made small mistakes when I was young. For me it was a big change and it is also what made me know the very high level, to improve myself, to progress, to grow again.

What is the corn that comes to your mind instinctively?

I think it’s against Le Mans that I bring the ball in a pigeon’s wing, I do a sombrero in passing on a player, and behind I manage to win my face-to-face with the keeper and the put at the bottom. This is really the one that comes to mind right away.

⚽️ What Goal # 15: @ jeremy_menez187 solo who finishes his action alone with a goal full of cold blood! #STIR pic.twitter.com/umBYO7Kgj1

My worst memory? The biggest beating of my career! It was with ASM against Bordeaux precisely. We took 6-0, so I can tell you that it marked me, especially since it must be one of the biggest defeats in the history of the club.

I had a somewhat difficult first season, but it’s going a lot better now. I get along well with the coach (Alfredo Aglietti, editor’s note) and with my teammates. At the moment my heel hurts a bit so I haven’t played for two weeks, I’m in the recovery phase, but otherwise everything is fine. I still have the same passion and the same desire to play football. My time at the PFC gave me back the desire to work, to sweat and to come back to life in the field. I am 34 years old and still have many good years to live and play I hope.

What remains your worst memory in Monaco?

The biggest beating of my career! It was with ASM against Bordeaux precisely. We took 6-0, so I can tell you that it marked me, especially since it must be one of the biggest defeats in the history of the club.

Finally, you were part of one of the most beautiful “cuvées” in the history of French football with the 87 generation. What ties do you keep with your teammates at the time?

I am still in contact with Serge Gakpé, who was trained in Monaco elsewhere. I also kept a link with Karim (Benzema), whom I often have. Samir (Nasri) too, and even Hatem (Ben Arfa) from time to time. Generation 87 is doing well and getting along well, even if we don’t have the opportunity to see each other very regularly. In a team, there are always hooks, but I must say that this generation has kept good relations.

Monaco wins its duel against ASVEL

‹ DIJON: The exhibition “Bas les Masques” in place at the Museum of Fine Arts until October 18 › V1lat about the situation with covid in the world: “Ukraine, Romania, Russia, Belarus and other” incredibly developed countries with very smart development “are closing for another lockdown” – Dota 2