After a year’s silence, he returns to the Dance Theater stage. Actors and dancers are looking forward to everything even more than ever before and we believe that the audience as well.

Author’s project Dance courses by Martin Šimek & Tereza Řípová was launched in 2016 at the Mladá Boleslav Municipal Theater, where the first year of the project took place Dancing theater or when the actors dance. After the success there, the fourth year in Mladá Boleslav took place at the end of 2019.

Martin Šimek with his typical gesture – Attention, we are starting!

Recall how time went with the winners of the competition….

In 2018, a pair of dancers is recommended to prepare a similar concept for Prague, Dancing Theater Prague. In March 2018, he won the first final David Gránský. He won a year later Vladimir Polivka. In the last year, which took place at the Vinohrady Theater, he won Jiří Hána for the Municipal Theaters of Prague.

The grand finale will take place on Sunday 31 October from 6.30 pm at the Theater in Vinohrady. Prav sends one actor or actress to a dance duel from the above-mentioned theaters. Tickets can be found at the theater box office or at www.divadlonavinohradech.com.

In the finals, the individual couples will perform one standard and one Latin American dance, which they will then train alongside professional dancers. The jury will oversee everything, in which we will dream, for example, singer Dasha, actor Martin Dejdar, actresses Jana Paulová and Eva Burešová, chef Přemek Forejt, musician Jan Maxián, etc. It will be accompanied by live Gin in jam music. 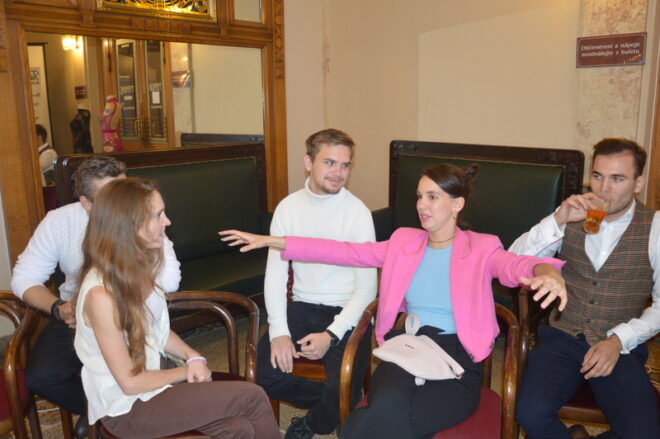 Debates during the break 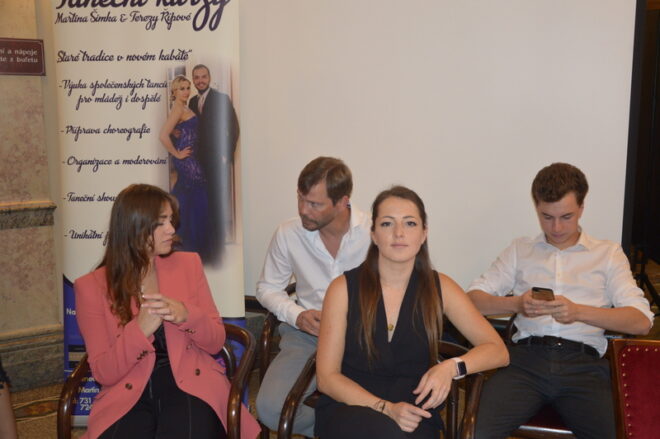 Or reflection during a break

Dancing couples of this year:

They will accompany the show Světlana Witovská and Libor Bouček. At the end of the dinner, two places are announced: winner of the betting competition and main winner / jury winner.

The project can be watched on social networks Instagram (@roztancenedivadlo), Facebook (Danced Theater), websites (www.roztancenedivadlo.cz), where a guessing competition and a Youtube channel (Dancing Theater) will be launched everywhere, where videos related to the project are placed. The winner of the betting competition will emerge from all the votes counted.

A word with Tereza Řípová…. 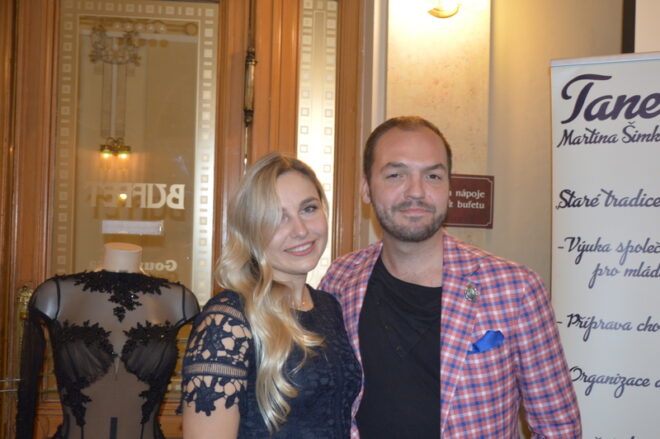 We can do it after a pandemic with narrowed eyes… 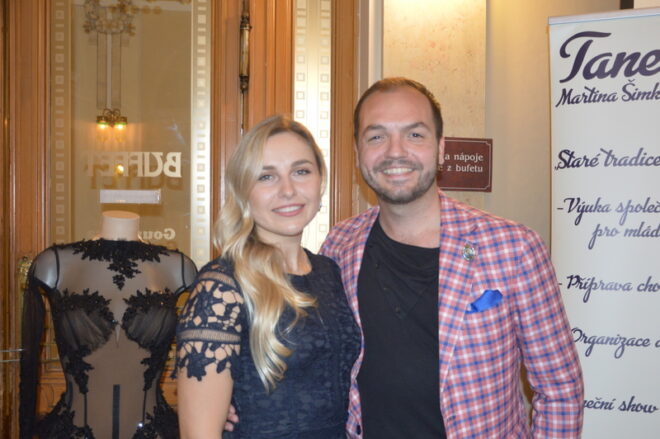 No! We will definitely be able to do it, because we can rely on ourselves!

How did you handle the pandemic?

“I think it gave us something positive. We have rested and all the more like we are reluctant to go into all this dance, we are happy with everything, even promo photography, shorter everything related to dance. It is a fact that we must admit that after a certain time, almost every person burns out a bit. Martin and I weren’t even ten years old when we started, so we’ve been dancing really since childhood, and the break was actually good. Although the new beginning was terrible – it is starting courses again, everything from the beginning… and we are afraid that there will be fewer people, yes. “

What would it do to you if something happened again, eg we had to dance without spectators or not dance at all?

“It simply came to our notice then. The worst was the very entry into the unknown, that is – what it will be and what it will really do to us. Now it wouldn’t be so bad if the lockdown came again, so at least we know what we’re getting into.

But I hope that nothing bad will come and everything will go as it should. Martin and I have a great duty that we really support each other, we can completely rely on each other and we can do it all because we love dancing. “

Did you also think of teaching online?

“We prefer human contact, so neither of us took any online lessons. We do the dance because we love working with people. Martin and I each found a job, so we’re not addicted to dancing, we really do it just because we enjoy it.

But it is true that if it took longer, we would definitely be forced to do something so that we would not lose contacts, but this is how we stopped everything and waited for normal life to start again. Of course, and unfortunately, there are fewer people in courses after that pause. “ 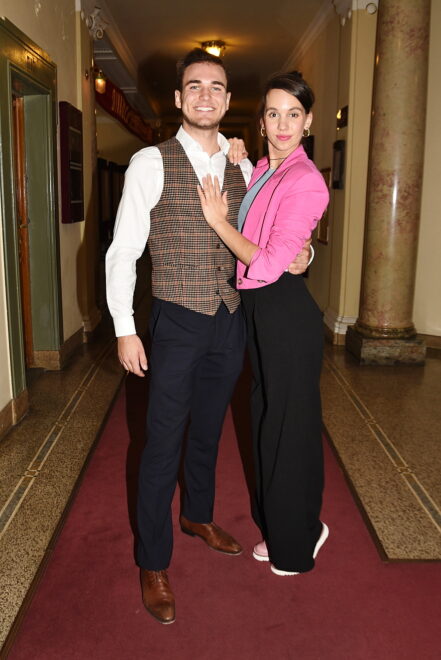 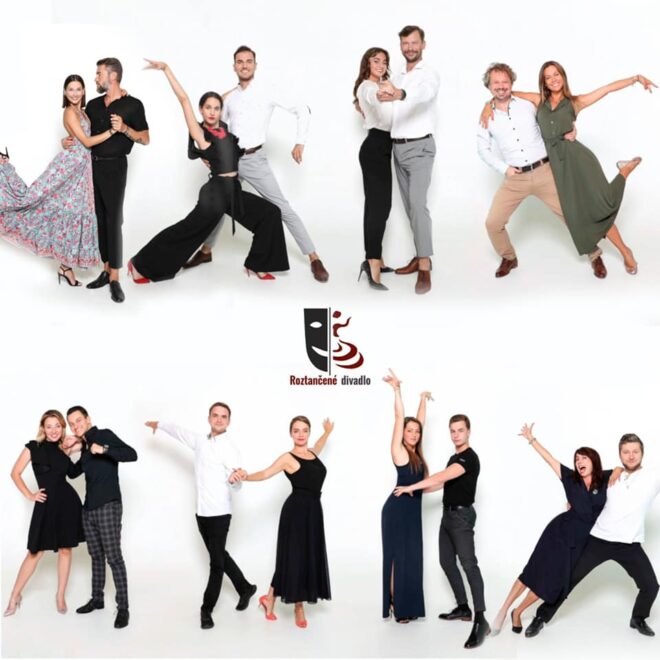 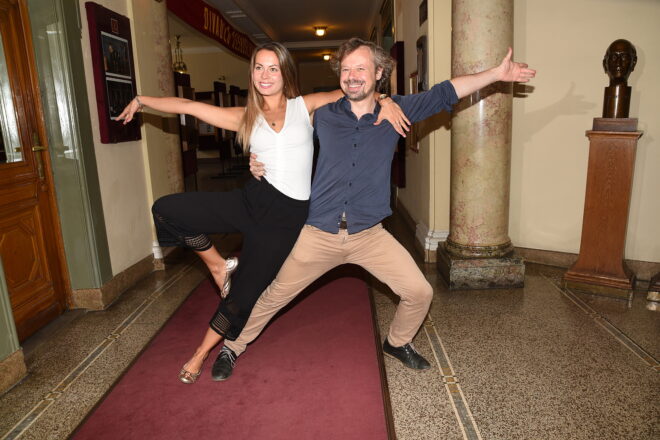 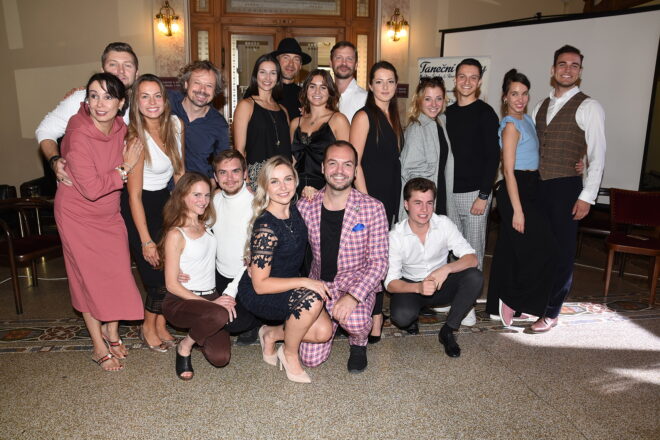 All participants of this year

Thank you and good luck

‹ Once again about the Sopranos, aliens, ghosts and Russian stand-up: what to watch on the Internet in October › What to do this first weekend of October in Toulouse?