opponents are surprised by Castex’s announcements

The Toulouse-Castres motorway will be well built, starting in 2023. Jean Castex confirmed the project on Saturday, September 25, despite strong local opposition. The Prime Minister had traveled especially in the Tarn, to make the announcement from the village of Lagarrigue, neighbor of Castres. He even revealed the identity of the concessionaire, the company that manages the road in exchange for the collection of tolls: this is the public works group. NGE. The latter, for his part, assured that the immense site of this future A69 would not ultimately require the opening of quarries. This was one of the points on which concerns crystallized.

But the announcements failed to appease opponents, reunited – coincidence of the timing ? – the same weekend, not far from there, in Montcabrier. Entitled FestiVad, it was organized by the Village Action Durable associations and the collective Carrière Montcabrier stop 81. Thus, these statements first caused astonishment to FestiVad: “ NGE ? This is a first, they have never built and managed this kind of infrastructure at 100 % “, you could hear. But it was above all the abandonment of careers, which promised to be gigantic, that surprised: “ Suddenly, there is no longer a need for quarries as the original project counted on 2.8 million cubic meters of necessary backfill, which could not be provided by the existing quarries in the area … C is magic ! “ 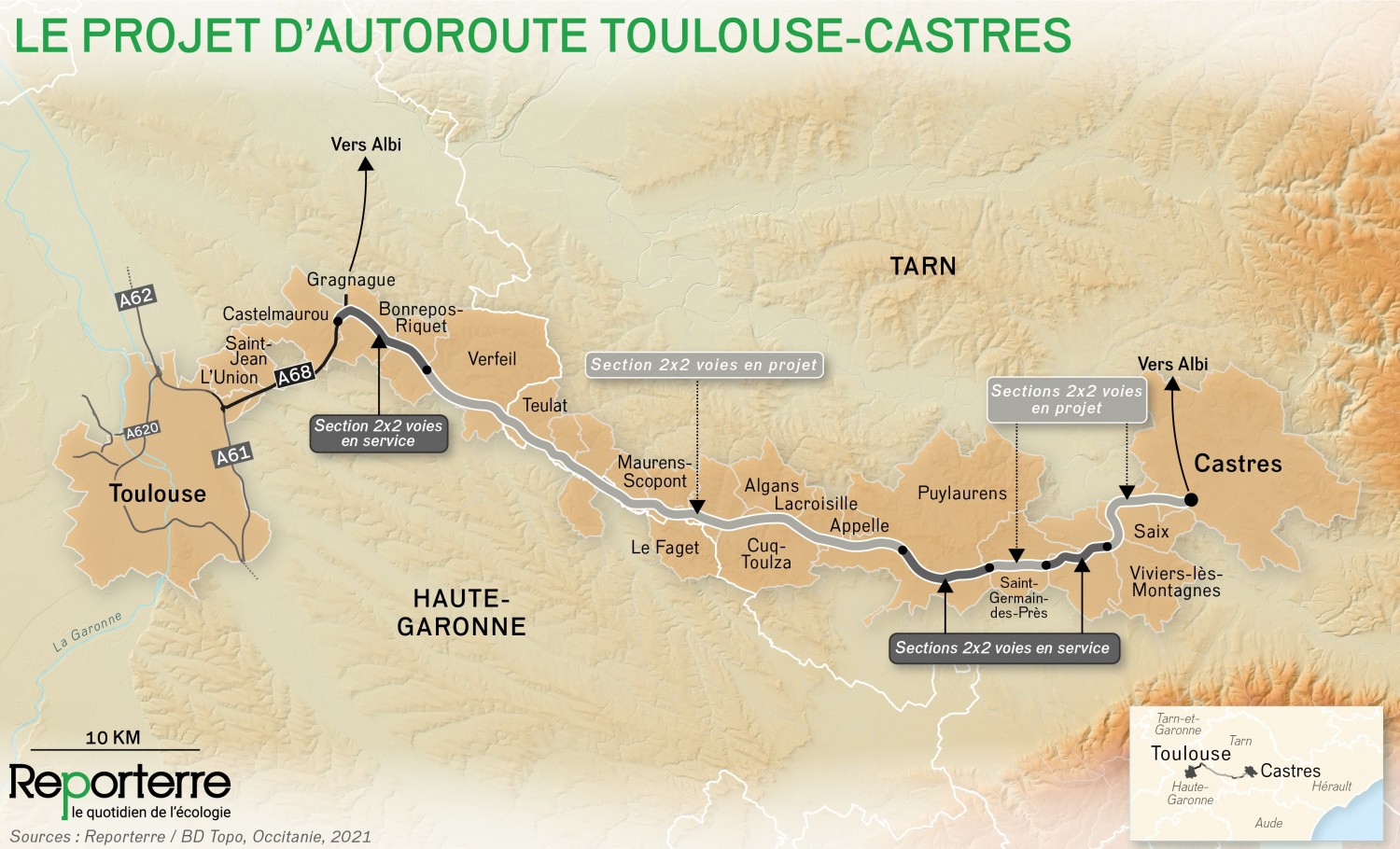 Geoffrey Tarroux, spokesperson for Stop Carrière Montcabrier 81, explains what is at stake in this puzzling decision: “ The route of the future motorway is often close to the Girou, a stream that regularly overflows. Most of the A69 would be in a flood zone, hence the need for a large amount of backfill. “

Coming from Toulouse six years ago, this teacher wanted to get involved against the motorway project “ one way or another. Careers, that was my gateway “. It was in July 2020 that he learned, with the inhabitants of three villages (Saint-Germain-des-Prés, Villeneuve-lès-Lavaur and Montcabrier) that NGE had started discreet negotiations, directly with farmers, to open three quarries on their land for four to seven years. “ For the village of Montcabrier [314 habitants], this meant 16 hectares of ceded farmland, 645,000 m3 of land 450 meters from the intercommunal school and less than 100 meters from the first dwellings, including mine ! “ 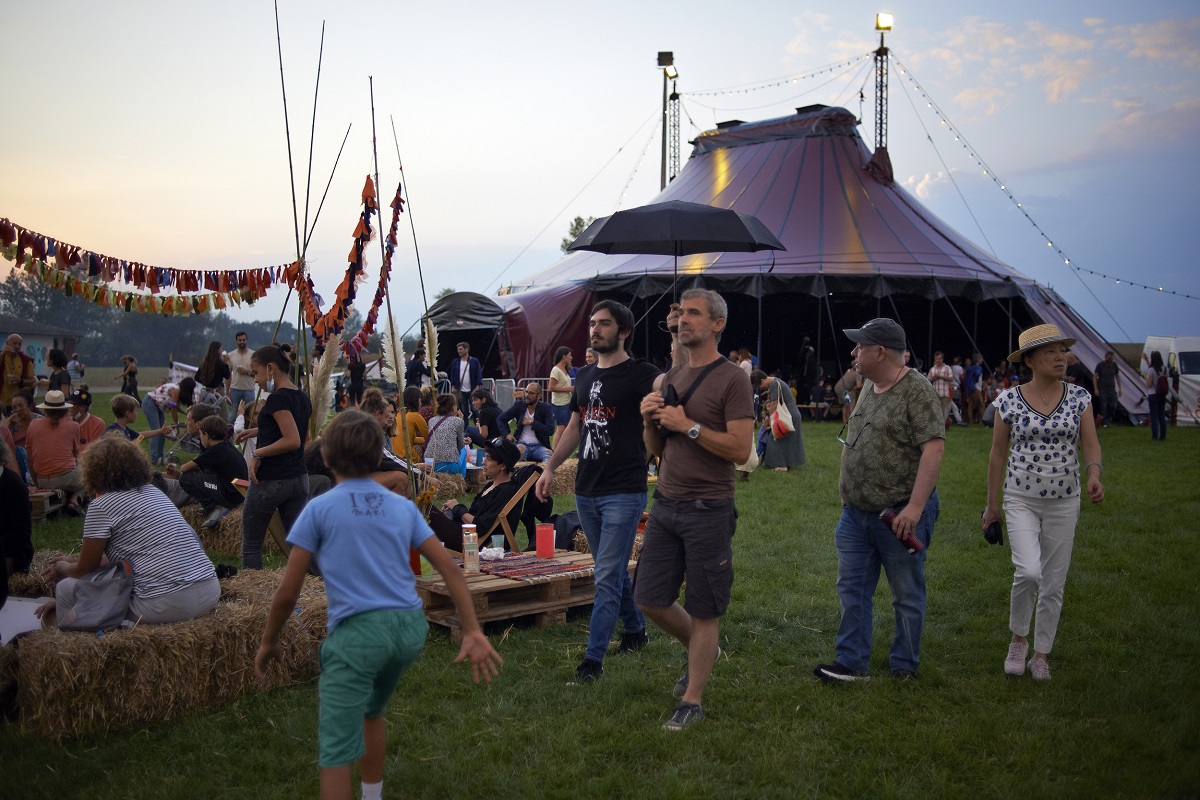 The first edition of FestiVad was held on Saturday September 25. © Alain Pitton / Reporter

“ You know why there is no longer any question of careers ? explains Annick Makala, retired senior executive at the Ministry of the Environment, close to France Nature Environnement (FNE) and the Castres-Toulouse motorway collective (Pacte). Because all the political decision-makers are aware of the irregularity of their file, because of them. “

Neither the Environmental Authority, nor the General Investment Commission, nor the Regional Directorate for the Environment, Planning and Housing (Dreal), nor the prefectures had been informed of this quarry project, so than NGE prospecting since 2016 … Thus, these quarries were not included in the impact study file, allowing the consequences, particularly environmental, of the project to be assessed. 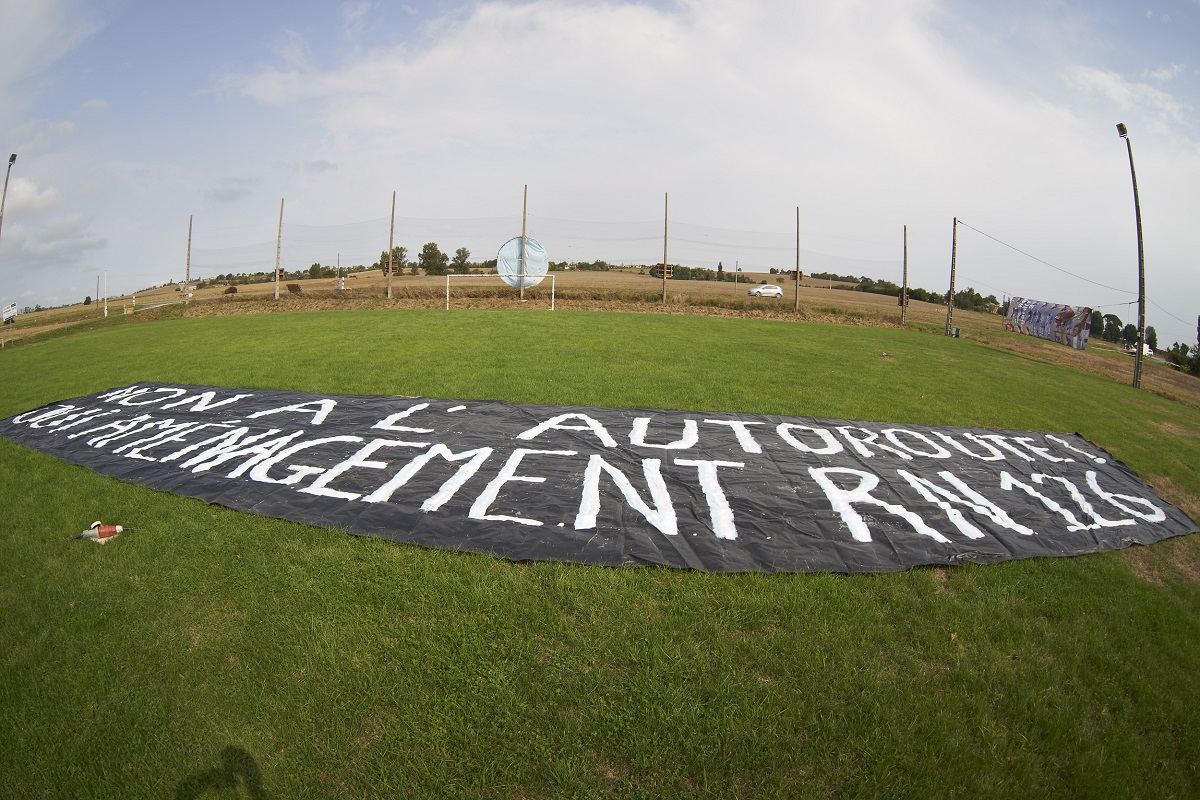 At the entrance of FestiVad, a banner welcomes newcomers: “ No to the highway, yes to the development of the RN126. ” © Alain Pitton / Reporter

“ Separating the opening of new careers from the general impact study has a name: sausage. And it’s illegal “, underlines Annick Malaka. The 2018 declaration of public utility is therefore based on an incomplete environmental impact study, even as Philippe Ledenvic, the president of the Environmental Authority, confirmed it by email in response to an open letter from opponents in October 2020. : “ Quarry projects whose sole purpose is to supply a road site are part of the same project. “ 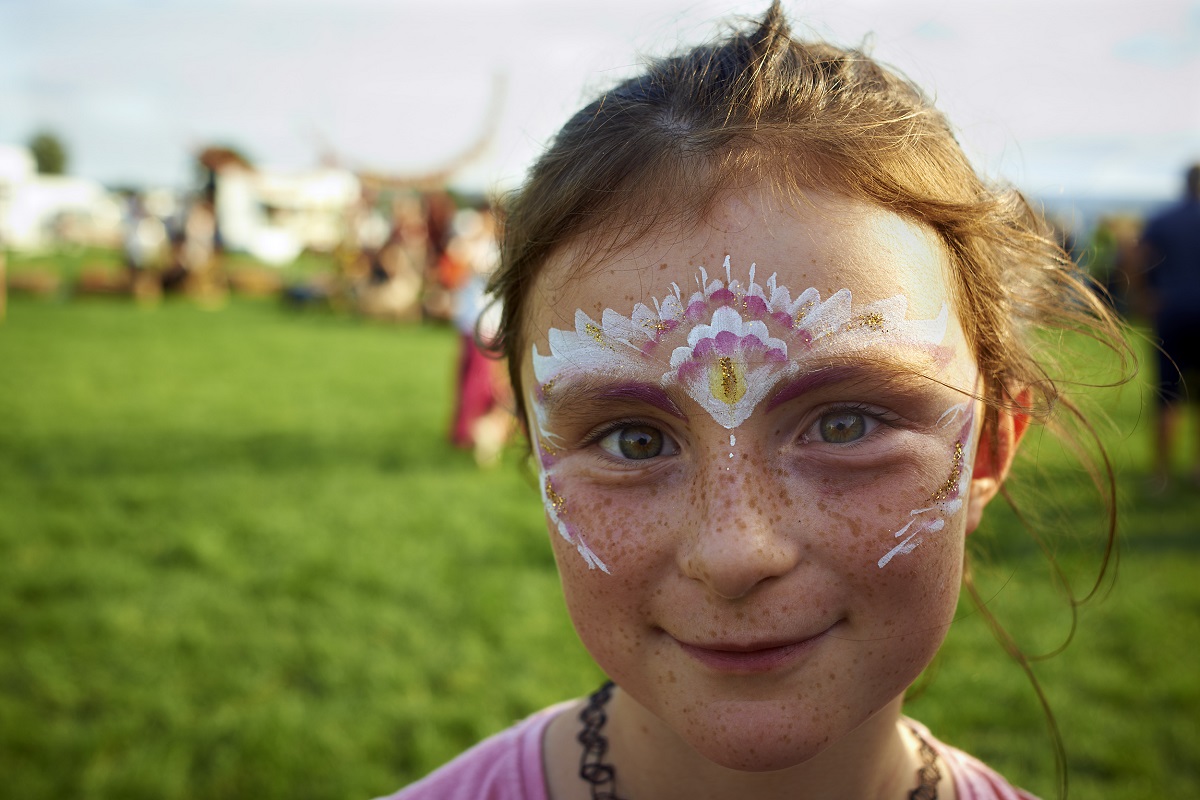 The quarry should be located about 400 meters from the school in the village of Montcabrier. © Alain Pitton / Reporter

Given the explosive nature of this subject which could derail the highway project, the story of which can be read below, we understand that the careers have disappeared from the official announcement of Mr. Castex. And NGE I was explained by a press release published on its website at the same time the company was chosen as the highway concessionaire: “ NGE proposed optimizations to the State to overcome the need to open temporary material quarries. This was possible thanks, in part, to an in-depth knowledge of the geology of the land concerned. […] and, on the other hand, to its know-how in the reuse of construction materials. “ 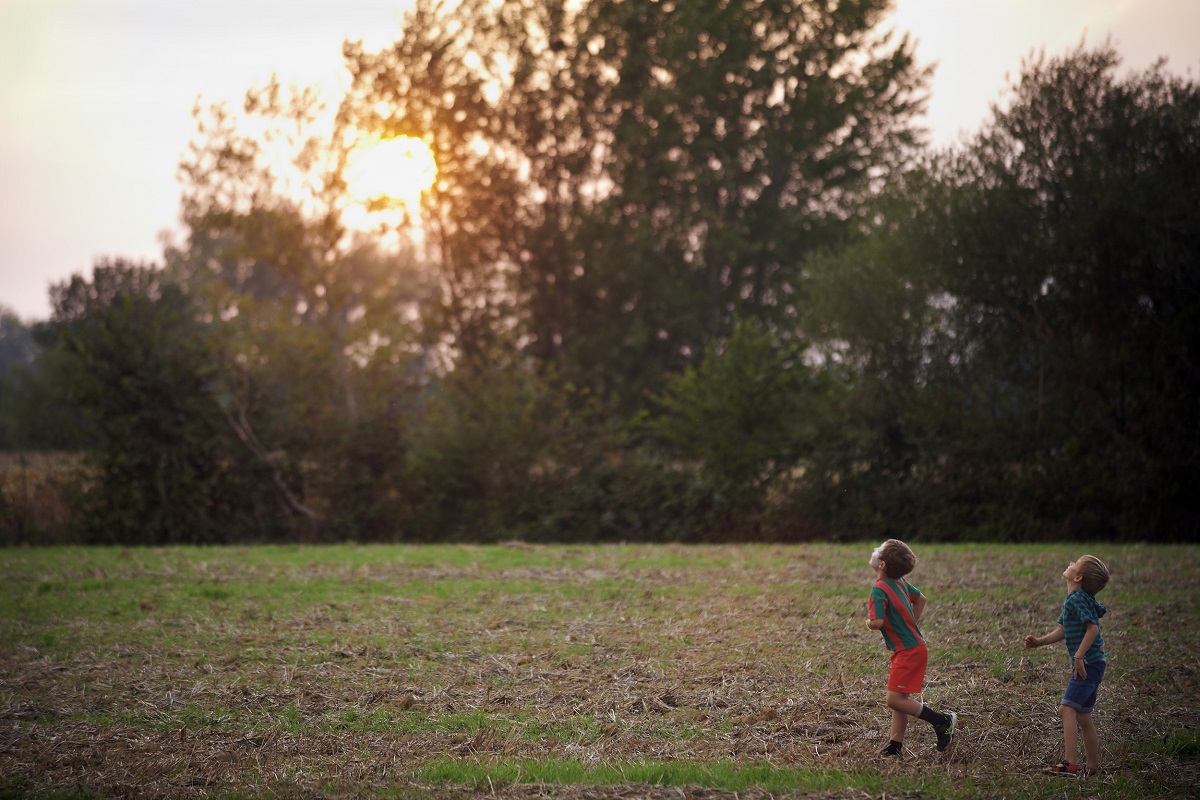 Two children near the football field close to where the A69 motorway will pass. © Alain Pitton / Reporter

“ Unless “, emit half-laughs, half-worried, a few opponents well aware of the dossier, “ NGE gives careers to Vinci “. “ This is because we learned this summer that Vinci was also approaching farmers along the route for quarries, but we remained on the assumption that Vinci obtained the concession true. “, explains Michaël Labat, one of the pillars of Stop Carrière Montcabrier 81. Saturday evening, around the festival tables, at aperitif time to the sound of the accordion, comments from opponents were heard. “ For me, Vinci gave up after conducting a survey of future users on the price they were willing to pay. At more than 15 euros round trip, it would be more expensive than Pau-Langon in relation to the number of kilometers ! “ laughs Geoffrey. 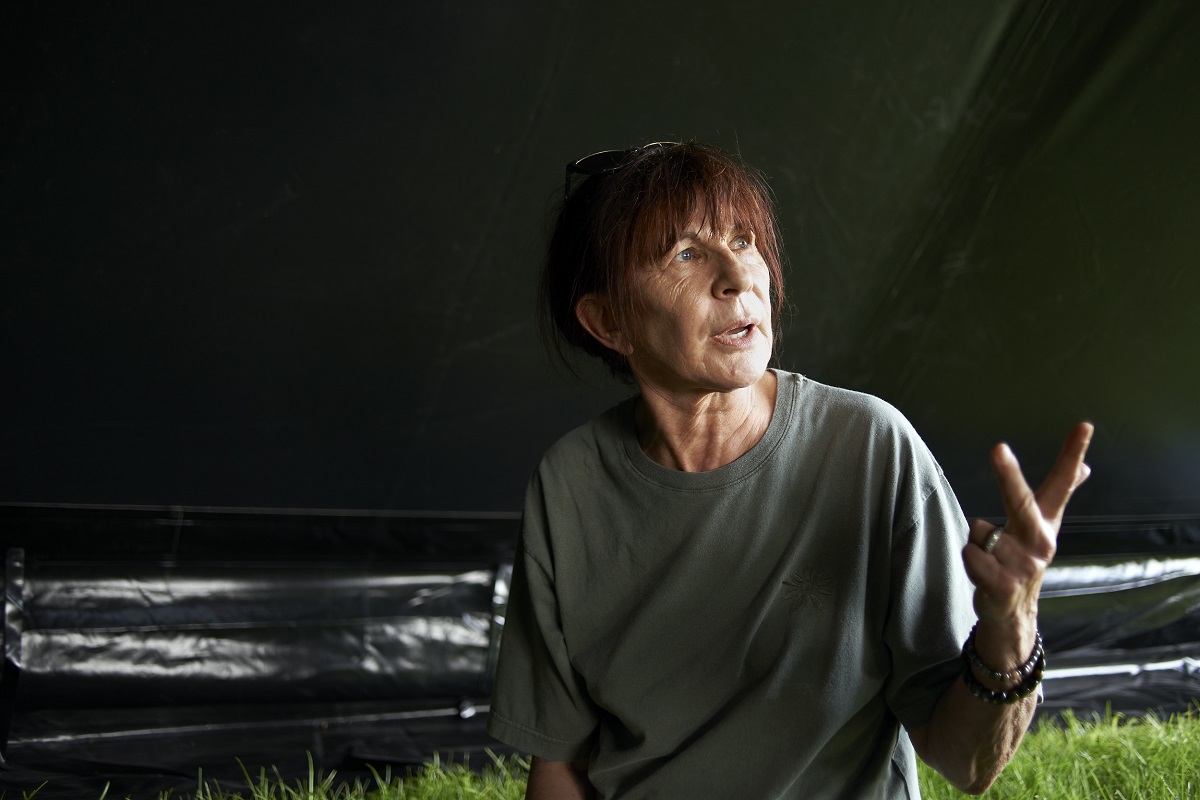 Annick Makala: “ It’s hard to get across the idea that the state can be outlawed, and yet … ” © Alain Pitton / Reporter

They are proud, this Saturday: “ Because we have managed to unite even today people who are not only in the fight “, says Michael. He adds : “ We have pointed out the irregularity of these careers and we see that it bothers decision-makers. We are citizen expertise, we are legitimate in the face of illegality. “ As for Michel Costadau, peasant in the peasant confederation of Tarn, he is definitely optimistic and proclaims it at the microphone: “ The rock [les carrières] a change of shoe. First, the highways are outdated, nobody wants them anymore and then, the department does not have enough reserve land to compensate the farmers who have expropriated them. “ They are several to claim, they will go, if necessary, to the physical opposition if the work begins before all legal recourse is exhausted. “ Because we saw it with the great bypass of Strasbourg, once the work has started, legal or not, the work will go to the end. And that is no. “ 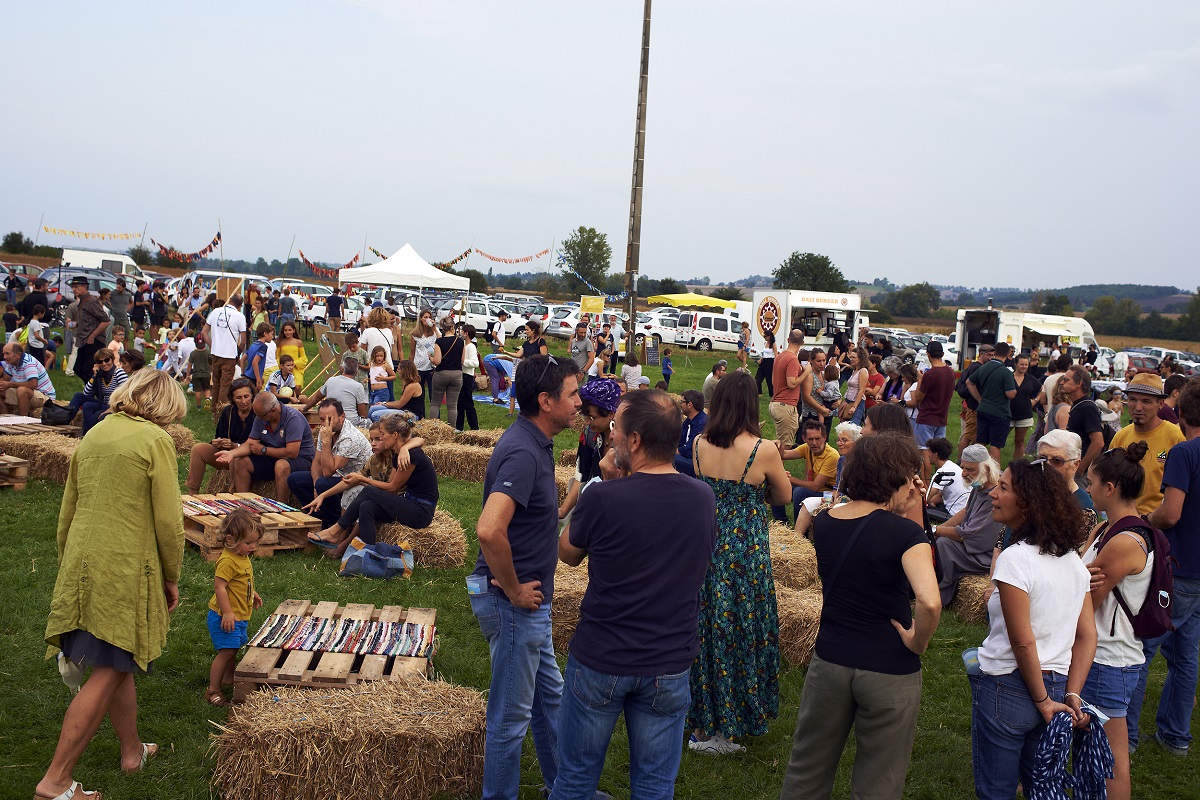 The first edition of FestiVad was held on Saturday September 25. © Alain Pitton / Reporter

The question of careers is inseparable from the saga of the Lact project (Castres-Toulouse motorway link), of which here are the main lines. The ancients trace its origins back to the mid-1980s, with Jacques Chirac (Prime Minister in 1986) and his friend Pierre Fabre (died in 2013), then president of Laboratoires Pierre Fabre. The second largest French pharmaceutical group is headquartered in Castres and several research and production sites in Toulouse. The shadow of the first fortune of Occitanie has always been weighed on the project: in 2004, it even financed a study to find out whether it was necessary to develop the national 186 or make a new link on its own site. On Saturday September 25, Pierre-Yves Revol, president of Pierre Fabre Participation, stood alongside Jean Castex during his motorway announcements.

Concretely imagined in 1996, the planned A69 motorway would link the existing A68 to the Castres ring road by a motorway link of approximately 54 km from Verfeil (Haute-Garonne). For a saving of time estimated between 15 minutes for the opponents, to 35 minutes for the public authorities, for the 6,000 daily journeys at present. No serious study, according to opponents, is necessary to defend the need for this infrastructure. FNE carried out an in-depth investigation into the socioeconomic aspect of the project, which, according to the association, has never been studied by the authorities.

From an environmental point of view, the motorway section will lead to the destruction, in direct connection, of 300 hectares of agricultural land and approximately 200 hectares of nature, including Natura 2000 zones and Natural zones of ecological, faunistic and floristic interest. (Znieff). It was in 2007 that the collective was created RN126 (from the name of the national road along which the 2×2 lanes should be spread out) in particular to offer an alternative: upgrading the national road to make it safer. Opponents by getting a public debate in 2009, but this issue will never be finished. Despite conflicting studies and appeals, the declaration of public utility (DUP), published on July 19, 2018, will not have been canceled by the courts.

Sign up in less than a minute to receive free by e-mail, every day or every week, a selection of articles published by Report. 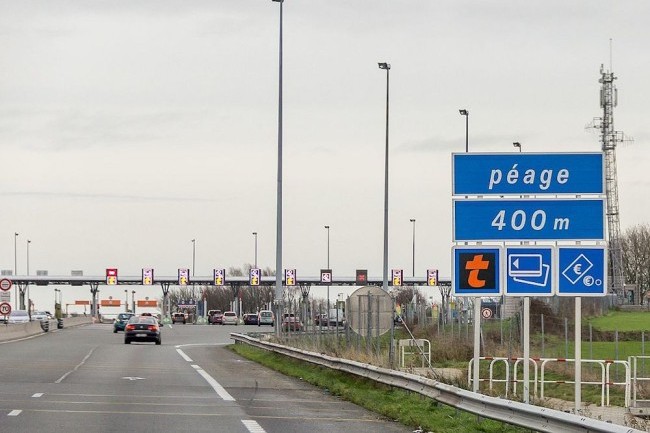 19,000 admissions to Toulouse: the Film Festival gets off to a strong start

Snatch robbery in Toulouse: beware of improvised dances in the city center

‹ In the 4th year of the Dance the Prague Theater project, we will see Nela Boudová, Anna Julia Slováčková, Viktor Dvořák and others › the future municipal police station will move to the southwest of the city