Fake roof repairers rioted in Prague, from which they want to lure 270 thousand

Two “repairmen” of roofs did more damage than good, and hundreds of thousands still wanted it! In September, the old woman (71) contacted a company he found on the Internet to repair the roof and eaves. She agreed with them on the conditions and the date of the repair, with the price being specified on the spot according to what everything will need to be done and how much time it will take.

On the agreed day, the group of men actually arrived at the place, but everything went completely differently than the woman expected and than was agreed. “The men began to dismantle healthy gutters from the house, with the need to replace them as well, and added the amount it would cost. The woman seemed nonsensical to the three thousand, and when she objected to the particle and the exchange, she was sent to the kitchen to make coffee, “police spokesman Jan Rybanský described the craftsmen’s actions.

But the men probably didn’t care about coffee at all – they didn’t want the woman to look after her at work and object. “After she came back with her coffee, the gutters were replaced with other, lower-quality ones, the roof was not repaired and everything was cleaned,” the spokesman said. But that was not the only surprise waiting for the poor old woman. The men called an incredible 270,000 for “repairs”! In addition, we want everything without issuing a confirmation, otherwise the price would be even higher. “The woman was so paralyzed by this psychological pressure and the whole situation that she could not resist any resistance. She agreed to take her to a bank, where she would collect the amount, because she had only “two hundred thousand at home, and that was not enough, according to the workers,” Rybanský described the unreal behavior of the men.

Fortunately, the woman had everything in her head along the way. Instead of going to the bank right after she got out of the car, she headed to the police station and reported everything there. The men, meanwhile, put their feet on their shoulders, but according to the license plate, the police soon caught them. “At present, a pair of men are being prosecuted on suspicion of fraud and damage to other people’s crimes, because the damage caused to the roof by their intervention was preliminarily estimated at almost seventy thousand crowns, “the spokesman described.

Unfortunately, this is not the only case – in Prague, the police recorded a total of two. The way they cheated was always the same. Two to four people try to give seniors the impression that they have actually done the job, even if it is not true, and then they mentally press them to pay them meaningless sums.

Police do not rule out that these cases could be much more. “In this way, we are addressing the much-needed further damage that the situation with the men in the photos will have seen in recent months, to contact instructions 158 or to appear in person at the police and testimony providers“The police are asking. 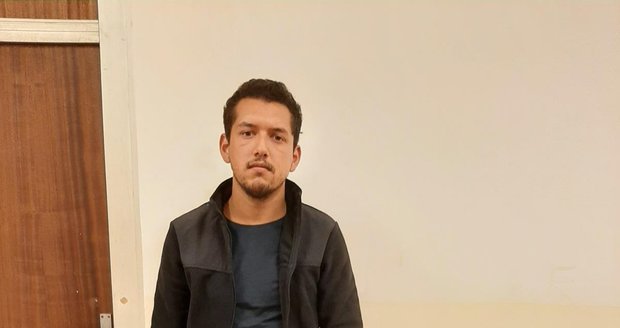 Fake repairmen were rioting in Prague.