After months of collecting and recycling plastic bottles, a huge sculpture of Christ’s trash floor was erected on Friday at the Ta ‘Pinu basilica in Gozo.

It will be on display for three months.

The climate-themed image of Christ was made of empty plastic bottles, all coming locally, highlighting the alarming scale of plastic consumption on the small island.

The bottles were recycled by the residents or collected in a cleaning around Gozo organized by the Cast-Out project during the summer. The bottles collected during these “litter-pick” events have been cleaned for use in the piece of art. Volunteers between the ages of five and 76 came for regular cleaning.

“We hope our Christ can change people’s minds.”– Jo Curtis

The 4.5 by four meter installation was created by Maltese environmental artist Joseph Barbara. For over 30 years, Barbara has been recycling the plastic materials used to turn them into art.

“The Cast-Out Project is a call for people to realize the damage that plastic pollution has on our environment, and while it’s awesome, together we can make a change and also something beautiful, said project manager Jo Curtis Times of Malta.

Curtis made a connection between the name of the project and Christ.

“The name refers to the way we throw away our plastic bottles and rubbish. Christ too was expelled from man and crucified, but was resurrected. Plastic bottles are reused, so they are born again, like Christ. “

“Hopefully our Christ can change people’s mindsets,” she said.

Curtis said that, over the summer, volunteers collected over 451 garbage bags from their weekly garbage collection events. 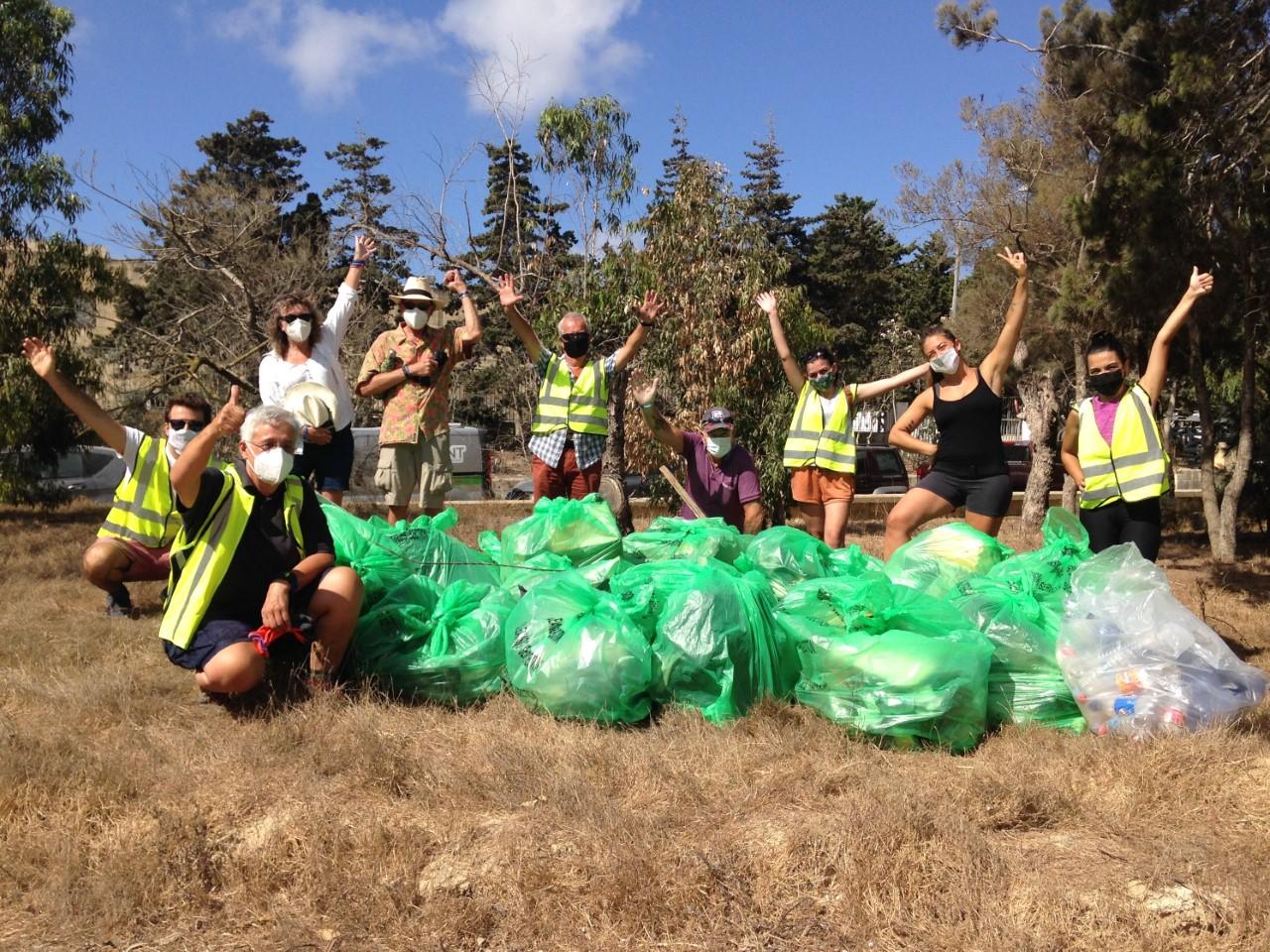 A group of volunteers after a litter collection event in Ulysses Grove, Xewkija.

This is not Curtis’ first art project. Back in 2012, she had set up a massive art installation to celebrate the Queen’s Diamond Jubilee, known as “The Monarch of the People”.

For this installation, 5,000 people had become part of a huge work of art through their personal photos that were used in a giant photo — the mosaic photo of her majesty.

As she had done at the time, when she came up with the idea of ​​installing Chris ’trash floor, she worked directly with the artist and managed the project.

“Our main message will be that the bottles used for this art project could have been left in our campaign. We hope this piece makes people think about using plastic more wisely and being more aware of the harmful environment it has on our environment. “

Although the Cast-Out Project has reached its target number of bottles for installation, Curtis said the weekly waste pick-up events will continue.

“The two groups of volunteers we set up are enthusiastic and love the activity, knowing they are doing their part to help improve their environment and their planet.”

Curtis hopes that when the three months in Ta ‘Pinu end for the piece of art, he will find “a home forever”.

“Even if we can’t find a long-term place for the piece, the plastic bottles are stuck without any glue, so they can be recycled with minimal environmental impact.”

The campaign is being funded by the Ministry for Gozo and supported by the Liaison Office of the European Parliament in Malta and the Queen Mary University of London Malta Campus.

‹ It was a hockey holiday, in front of a full hall Motor shot down Sparta at home! › VIDEO // The Republic of Moldova participates in the World Exhibition in Dubai