New fire station in Holešovice: They will leave Argentinská Street for Prague 7, 8, 9

The fire station in Holešovice has a really long history, wooden prefabricated houses, which served as a background, were established here in 1942, ie during the Protectorate. It’s almost surprising that essentially unchanged, the fire station operated here until recently. In 2013, the land that belonged to Prague was transferred to the state, which was able to start preparing for the reconstruction of the station, which it operates.

Project preparation for the construction of the new station began in 2015, and two years later the Building Authority of the Ministry of the Interior of the Czech Republic issued a building permit for the entire area of ​​the Holešovice fire station. The construction of the first stage itself, which included the construction of a central exit station, began on September 1, 2019.. Now the construction is almost completed and its handover to the use of the Fire and Rescue Service of the capital. The city of Prague is scheduled for November 18, 2021. The construction costs amounted to 367.3 million crowns, and were allocated from the state budget.

It provides a huge area

The fire station in Holešovice is in charge of a large area, which includes the city districts of Prague 7, 8 and 9 and even Prague 1. They will have practically the entire northern part of Prague under their thumb including the smaller city districts of Prague-Troja, Prague-Dolní Chabry, Prague-Ďáblice, Prague-Březiněves and Prague 18. In addition, there are housing estates with a large number of inhabitants such as Bohnice, Čimice, Kobylisy, Prosek, Vysočany or Letňany.

“Currently, the station has been approved, now we still have to equip it with furniture. It is the only one that also has facilities for divers, they will have their equipment stored here and they can also refill their oxygen cylinders here, “said Luděk Prudil, director of the Prague fire brigade.

“It is important that the Holešovice firefighters finally have the background they deserve. Not only the pandemic shows us that the units of the integrated rescue system, including firefighters, are first and foremost in crisis situations very important parts of society, “Said Petr Hlubuček, Deputy Minister for Security (STAN).

“I would like to thank the firefighters, who served here even in the most unsatisfactory conditions. In this case, the seat of the rescue services is also planned here, which contributes to better coordination between the individual components of the integrated rescue system, “added Jan Čižinský (Prague Sobě) to his colleague and mayor of the City District of Prague 7. 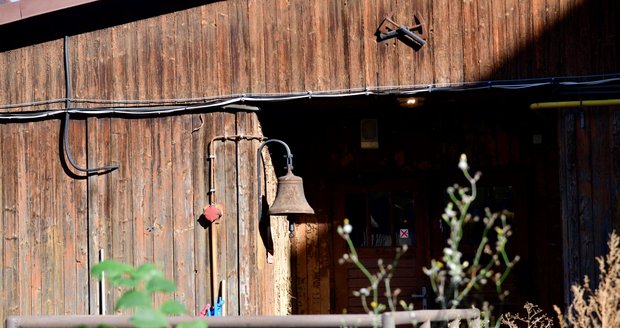 A new fire station was opened in Holešovice. The original one has stood here since 1942

‹ The garbage hill is growing in Budapest – Illegal dumping on video › Are there smog at the height of the place? There are research results