Inflation is also making housing more expensive. Election leaders in Prague mainly need to build, they do not agree on the taxation of empty flats

Election leaders from Prague on inflation and housing policy

The Bank Board of the Czech National Bank surprisingly adhered to the key interest rate by 0.75 percentage point to 1.5 percent on Thursday. Economic expected the rate to increase by 0.5 percentage point. This is the most significant rise in rates since 1997. The main reason is rising inflation, which exceeded 4% in August and was needed above the central bank’s expectations.

“I am glad that the members of the Bank Board did not find the courage to try to stop inflation. It is very important that savers have advantages over those who owe money, ”said Jiří Hynek about the CNB’s decision (OATH).

“I understand why the Czech National Bank did it, but I don’t like it because it will make housing, mortgages more expensive and it will slow down economic growth,” says Jana Maláčová (CSSD).

“I was surprised by the amount of 0.75 percent, I take it as a reaction to shock therapy, it is necessary to say whether the inflation comes from demand or supply. On the positive side, it will strengthen the koruna and reduce the price of imports, which is the main goal for me, ”says Patrik Nacher (YES). 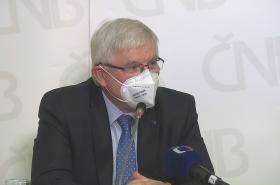 The CNB doubled the interest rate due to inflation

“It’s annoying, it will make loans more expensive for people who have borrowed something. But on the other hand, we appreciate that we have the Czech koruna and an independent monetary policy. We believe that the Czech National Bank is composed of experts who know what works, “assumes Josef Nerušil (SPD).

“Although Minister Schiller tried to push the Bank Board, she remained independent. This is key information that the Czech National Bank is an independent institution and tames inflation, which is made up of debt and other reasons for the government, ”said Markéta Pekarová Adamová (TOGETHER).

“The rapid rise in prices is also a consequence of the economic incompetence of the current government, to which the central bank had to react. It is now up to us to be happy that it has maintained its independence and been given the role of a solution to price security, “continues Olga Richterová (PiratesSTAN).

“The reason was to stop the rise in price, which will not become apparent until the second half of next year. In addition, there is imported inflation that will not stop. It will be reflected in mortgages, it will affect low-income, middle-income and young families as well as companies, “predicts Marta Semelová (KSČM). 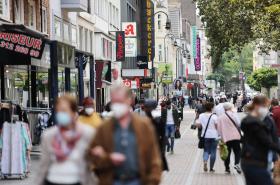 Inflation in the EU and the euro area rose in August, a maximum of ten years

Closely related to inflation is the price that Czechs pay for housing. “The basic problem is that not enough flats are being built, the demand is much higher than the supply,” says Markéta Pekarová Adamová (TOGETHER). According to her, the government had the opportunity to speed up the construction proceedings, which did not happen. He also suggests that the state guarantee when young people apply for loans to buy their first home. But the best course of action, according to her, is to build more.

“According to the developers, about 110,000 flats in Prague are frozen at certain stages of the construction process,” says Patrik Nacher (YES). He blames TOP 09 for this, which was in Prague with the government. Markéta Pekarová Adamová rejects this and defends herself that private investors build the most, not cities.

“Since 1999, Prague has been doing nothing but selling municipal flats and not building any. From the Chamber of Deputies, you can help to change the building law, but the alpha and omega is the willingness of municipalities to build these flats, “thinks Jiří Hynek (OATH). 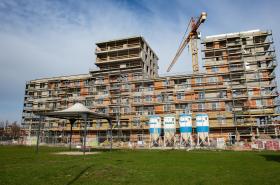 The path to their own housing is becoming increasingly difficult for Czechs. It is practically only possible with mortgages, which, however, are more expensive

“In the old days, everyone could live here, now it’s extremely expensive,” said Marta Semelová (KSČM). According to her, Prague is unique in that 80 percent of flats are private and 20 percent rent. He suggests that the state itself build flats, focusing on the communists’ demand and empty flats.

Josef Nerušil (SPD) points out that during the privatization of flats in the 1990s, some of them turned into offices or other premises. “Now we have to ask ourselves how to get out of this. SPD proposes cooperative construction as the most sensible way to saturate housing needs, “says Nerušil. He assumes that the municipality would build on its land in cooperation with the cooperative and the developer, and the apartments would then be offered to needy families.

With flats where no one lives for a long time, Olga Richter (PiratesSTAN) are faced by all major cities. “In addition to cooperative housing and support for municipalities, we also started repairing city apartments,” he describes the specific steps that the Pirates were taking, for example, in Prague. It also draws attention to the importance of transparency in the rules for allocating contributions, for example, to infrastructure during construction. But Richter refuses sanctions for unoccupied flats. 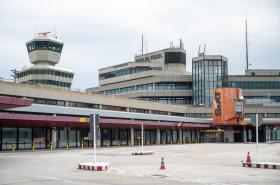 “We want a fine for an empty apartment, we walk around a hot mess (they mean their teammates in the debate), but young people are postponing starting a family because of overpriced housing,” laments Jana Maláčová (CSSD). He blames YES for the housing crisis, which has been held by the Ministry of Regional Development for eight years. In addition to private individuals, the state must also build, Maláčová lives, which could have up to 50,000 apartments a year. At the same time, she would like to have a tax paid on unoccupied flats if someone does not have a permanent residence in them for more than six months in a calendar year.

The selection of represented purchases is based on a survey of the electoral potential of Kantar CZ and Data Collect for ČT, as well as on the weight of candidate entities and their long-term support found in the survey of electoral preferences. 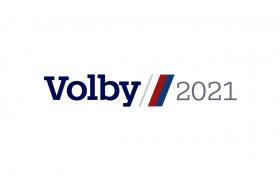 All about the 2021 election

The electoral potential shows what the maximum possible profit of a political entity could be if all the voters who were considering it were in favor. Respondents can name more than one party to decide. 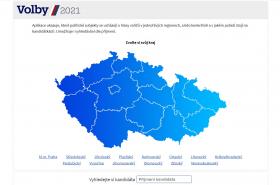 Candidates for the parliamentary elections

In a survey conducted between August 19 and September 3, interviewers asked three thousand people. The statistical error is a maximum of plus or minus 1.9 percent. The results should always be related to the date of data collection and should be understood as the current electoral potential in the elections to the Chamber of Deputies. It is therefore by no means a forecast of the election results. 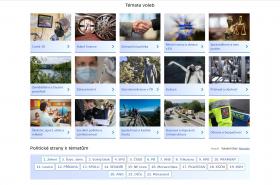 Options 2021: Program positions of the parties

Rules of pre-election and election broadcasting of Czech Television

‹ the Pisa told by Michele Bufalino (The Nation) › In Belgium, 80% of the population does not treat their migraines badly!