The sensational 2-1 victory of Sheriff from Tiraspol over Real Madrid in the second round of the Champions League group stage allowed Moldova to enter the top 4 countries of the 2021/22 season in the UEFA Union of Football Associations (UEFA) coefficient table. The country now has 18 points, Switzerland has the same. Only Sweden (19.5) and the Netherlands (26) were higher.

Russia occupies only 38th place in this rating, gaining 8.5 points. None of the domestic teams playing in the group stage of the Champions League and Europa League have won a single victory.

Especially noteworthy is the fact that Sheriff won more victories in two rounds in the Champions League debut season than Russian clubs in two years. The Moldovan team then won Real Madrid at Rennom with a score of 1: 0.

Only three Russian teams have made it to the group stages of the European competition this season. Zenit plays in the Champions League as the winner of the Russian Premier League (RPL). Also in the most prestigious European championship could be Moscow “Spartak”, but in the third qualifying round, the red and white lost to Portuguese “Benfica” and now together with another capital club – “Lokomotiv” – fight in the Europa League group. So far, only the “railwaymen” have been able to get points, having snatched a draw from “Marseille” in the minority – 1: 1. The Petersburgers in London lost to the current title holder Chelsea (0: 1), and Spartak in Moscow lost to the Polish Legia ( 0: 1).

In the third tournament – the new League of Conferences – two more Russian clubs, Rubin and Sochi, were able to participate, but the teams could not pass the qualification stage.

In the UEFA coefficient table this season, Ukraine is also higher than Russia, which scored 15 points and is in 20th place. In the overall ranking for five years, the number of trips to European cups from each other is determined – Russia is in tenth place, gaining 30.882 points, Ukraine is 11th with an indicator of 30.601.

In the second round, Shakhtar Donetsk have already won a draw with Inter Milan (0: 0) in the Champions League. Dynamo Kiev, in turn, will face off against Bayern Munich on the road, and Zorya will play against Italian Roma in the League of Conferences. Russian clubs will face difficult trials – on September 29, Zenit will host Swedish Malmo at home, and September 30 will become an Italian day for Russia in the Europa League – Spartak will play with Napoli, and Lokomotiv will meet with Lazio “.

Note that the tenth line in the table of UEFA coefficients allows declaring the champion of the country immediately in the group stage of the Champions League, however, there is a high probability that Russia may lose a place as well – Ukraine is one victory from tenth place. However, there is a chance to compete for higher positions, but it is worth taking into account that Russia has already been bypassed by Austria and Scotland. Catching up with the Austrians is almost unrealistic – the country is in eighth place, gaining 32,250 points, and immediately at the eighth stage of the club.

At the same time, it is quite possible to compete with the Scots for the ninth line. This place allows not only to declare the champion of the country immediately to the group, but also to send the team that has become the second to the third qualifying round, and not to the second. The fact that Scotland has only two teams left in the group stage (Rangers and Celtic), which lost in the first round of the Europa League, plays into the hands of the Russians.

Russian clubs in their groups must occupy at least third places. In this case, Zenit will be in the Europa League playoffs, while Spartak and Lokomotiv will play in the Conference League. If this task is feasible for the St. Petersburg club – apart from the serious Chelsea and Juventus, the group has the Swedish Malmo, the Russian champion to impose a fight, the capital clubs have a more difficult situation – there are simply no passing rivals in their quartets. 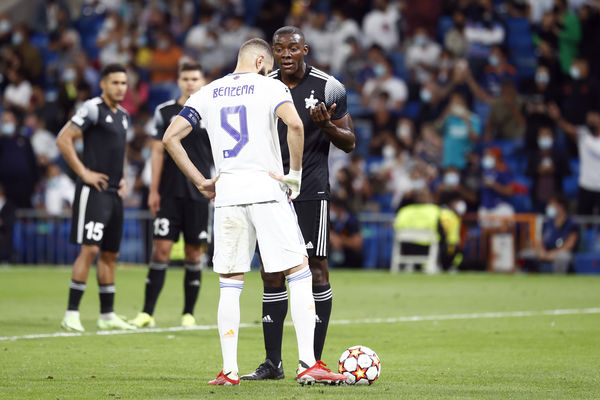 State Duma deputy Dmitry Svishchev, speaking about the success of Sheriff in the Champions League, approved that there are virtually no representatives of Moldova in the team – only one, and that one is naturalized. According to Svishchev, the residents of Tiraspol consider the development of football in the country, the participation of the team in European competitions as the main task.

“They have all the invited players in their squad. I cannot remember a single famous Moldovan player, I have not heard of a football star in Moldova.

Congratulations to Sheriff, the players have completed the task set by the club owners. But their task is not to develop Moldovan football, but to participate in European competitions. I don’t know where they got the money, but playing in the Champions League is not a cheap pleasure. To beat Real is the dream of any footballer, any club owner. And they did it.

But what does this victory give besides benefits and prestige? What does it give for Moldovan boys and girls? Does this give them the opportunity to get into Sheriff’s squad? Probably, not. Does it give them the opportunity to create some kind of perspective? I don’t see her, because all the main places are packed. We need to understand the task: we are developing football or we are simply winning places in European competitions, ”the deputy approves.

According to Svishchev, if disputes and discussions have been going on in Russia for a long time, Russian clubs can follow the Sheriff’s path – to win places in European competitions, to constantly win, but this will in no way help the development of football in the world.

“Now we hear discussions about whether to cancel the limit on legionnaires or not. We have both the President of Russia and the Minister of Sports expressed their opinion. To get into your favorite clubs.

But the Dutch experts, who believe that the limit should be canceled. Our sports leadership and the country’s leadership think differently. In order to be a hard limit, the number of foreign and Russian athletes was clearly spelled out.

I don’t understand why buy foreign footballers. Let any club owner explain to me. 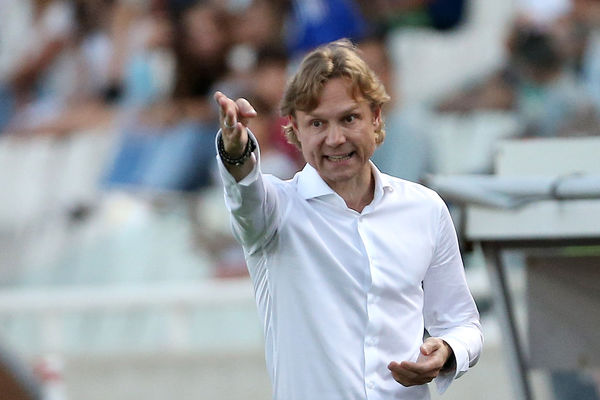 We are worried about the results of our clubs, we want them not to shine only in the qualifying stages. I would like them to move forward and win cups.

‹ SM Caen. The 10 numbers to remember from the first 10 days › Position the ecological islands in Borgo and Città di San Marino