Humanitarian workers sexually exploited or raped numerous women and some men during their Ebola operation in the Democratic Republic of the Congo: This is the conclusion of a commission of inquiry appointed by the World Health Organization (WHO). Its members had heard 63 affected women, twelve men and other employees of the WHO and several aid organizations.

The report now submitted documents nine cases of women who reported rape, as well as 29 unwanted pregnancies. There is probably a high number of unreported cases. 83 possible perpetrators have been identified, 21 of whom would certainly have been involved in WHO work. The allegations are directed against WHO doctors and senior staff, both local employees and foreigners. Most of the accused have flatly denied assaults or claimed that the sex was consensual, it is said.

During the Ebola outbreak in 2018, a WHO employee carried out vaccinations in the Congo (symbol image)

The cases had come to light a year ago through media research. At the time, more than 50 women said that during the Ebola outbreak from 2018 to 2020, men pushed them to have sex in return for job offers or that they quit if they refused to have sex. According to the Geneva-based news agency “New Humanitarian” and the Thomson Reuters Foundation, women were affected who died as cooks, cleaning workers or worked as part of information programs for the population. They would have received short contracts for around 50 to 100 dollars (the equivalent of 43 to 85 euros) a month – more than twice as much as is usual locally.

“Everyone had sex in return for everything,” the commission quoted a victim as saying. “Um, getting on in the job, man had to consent to sex.” Another witness said of a suspect: “He threatened that I would lose my job if I did not have sexual intercourse with him.” 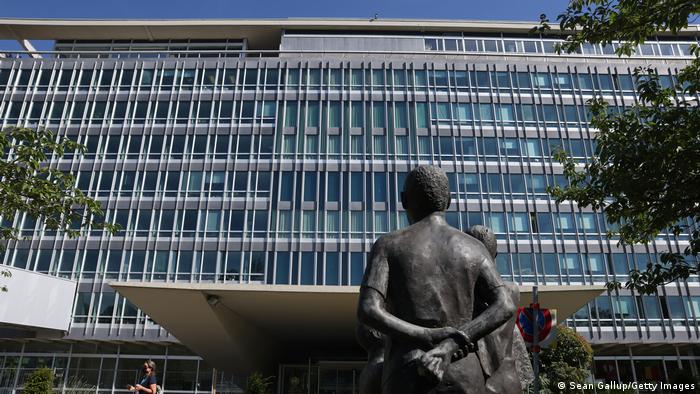 Another reported that she had been appointed to a hotel after applying. There it was said that she would get the advertised position if she was ready for sex. When she refused, the man raped her. A woman who worked on a doctor’s team said she was faced with a choice: either she would become intimate with him or she would give him half of her salary. You paid.

A woman who worked in an Ebola treatment center told DW: “I want justice! Because these people really abused us. They put us in an unbearable position. To get work, we were forced to have sex . “

“A black day for WHO”

WHO Director General Tedros Adhanom Ghebreyesus spoke of a “shocking” report. “This is a black day for WHO.” Tedros asked the victims for forgiveness and assured them that he will do everything possible to bring the perpetrators to justice. Four men have already been released. Others could leave the organization of their own accord.

Allegations of rape would be referred to the judiciary in the Congo and in the accused’s home countries. The WHO wants to ensure that the victims and their children receive medical and psychological help. At the same time, the UN organization must introduce reforms so that such processes do not happen again.

The commission had certified the WHO not only with “individual negligence”, but also with “clear structural failure”. However, Tedros – as well as the WHO Regional Director for Africa, Matshidiso Moeti, and the emergency aid coordinator Mike Ryan – is personally not to blame. Moeti said: “We are humiliated, appalled and our hearts are broken.”

Weather in Geneva today and tomorrow: This is how the weather will be for the next 7 days

Geneva wants to introduce the right to food

‹ Mortality in Portugal increasingly closer to the indicators of European countries › Genoa, the Municipality approves the establishment of the register of dual ownership