Across three weirs: Petr rode the Vltava on a memorial canoe

The crew of nuns, pirates and two Sandokans were seen on Tuesday on the surface of the Vltava in the center of Prague. Adult and children’s paddlers sailed through the city center as part of the traditional race Across Prague – over three weirs. An experienced paddler Petr Haštala also came to “take out” his steam. He sat in an inflatable canoe with his 10-year-old son Pája, their hallmark was a red flag with a tiger that adorned the bow. “This year we are playing Sandokan, so we had a flag with a tiger from Momprace,” Petr Blesku explained.

They didn’t have time to start the race with their son – when the race started, they were just inflating the boat, but neither of them minded. “It wasn’t much for us for the race, but it didn’t matter at all. We drove for the first time and it is already certain that we will go again, there was no mistake, “ described that the atmosphere of the race was amazing. “We didn’t need any requirements along the way, it was great. The second šlajsna (paddling culvert, ed. Note) was a stone, we were immediately wet. As we drove past her, we shouted, Sandokan! ‘,’ Said the enthusiastic paddler at the end of the race.

Petr and Pája are used to soaking, so nothing like that could surprise them – they just took the sponge that every good paddler in the boat takes with them, and they got the water out again. They arrived at their destination in about two hours.

According to him, Petr has been going on the water for 17 years – since his first-born daughter was born. Plus, still with the same canoe. “I went to buy this burner with my daughter in the stroller,” he laughed.

The plant was established in 1939 as a water scout race. Therefore, the main competition categories were, within the tradition, just the boat race of water scouts from all over the country, but in other categories the public could also participate. It started on Císařská louka, the participants covered about 6.5 river kilometers to the finish, which were on the island of Štvanice.

As the name of the race suggests, the paddlers had to conquer a total of three weirs on the track – first Šítkovský pod Jiráskovým mostem, then Staroměstský jezdec u Karlova mostu and finally Helmovský weir, which is located by the island of Štvanice. “The race track is popular, leads through the historical center of Prague and is a unique opportunity to descend the Prague weirs, which are opened to the public just once a year on the occasion of this race, “The organizers of the race from the Dvojka Praha center explained. The safety of all competitors along the entire length of the track was guarded by rescuers and river police. 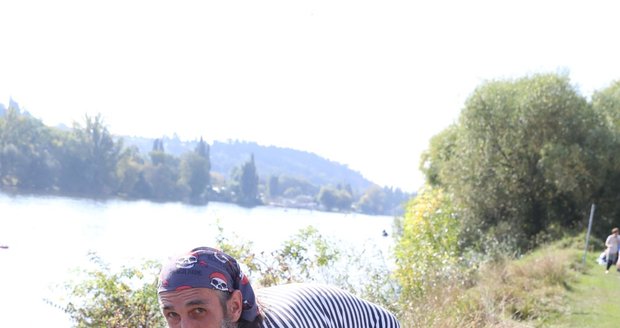 Prague 3: A new kindergarten in Jeseniov will be opened in maybe 3 years

‹ those drawings during the siege of Florence – L’Arno.it › Orelsan: the series on the rapper from Caen is coming soon to Amazon Prime