“I wanted to play for Russia.” Understanding how our team missed the talent of Krasnodar 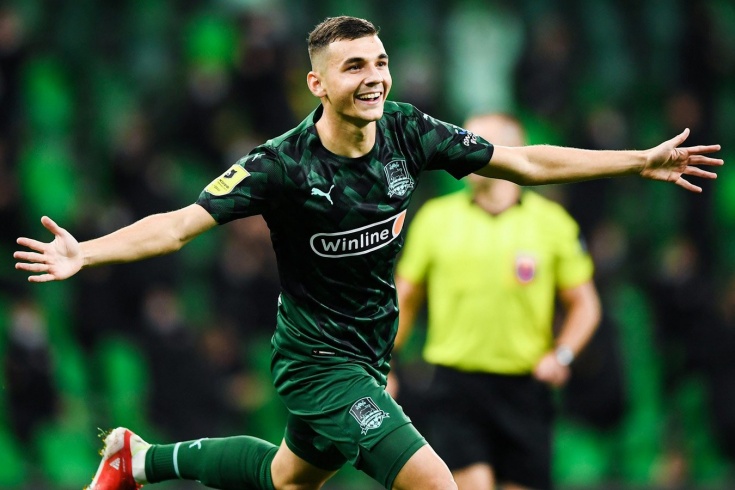 In the first match of the selection for the 2022 World Cup, Krasnodar graduate Spertsyan scored “1 + 1”. For Armenia.

The RPL has a new young star. Eduard Spertsyan at the start of the RPL, he burst into the main line-up of Krasnodar and so far is playing just fine. He has two goals and two assists. His last goal against Sochi was not only important, but also very beautiful. See for yourself how he dealt with guest protection.

Obviously, in such a form, Spertsyan would probably have been a candidate for Karpin’s Russian national team. And especially in light of the shortage of players and injuries. But our team, unfortunately, is no longer available. We tried to figure out why this happened.

In search of an answer to the main question of the material, we contacted a friend of the Spertsyan family. The interlocutor asked not to be named, and clarified the situation on condition of anonymity.

“Spertsyan was waiting for a call to all national teams: both the youth and youth teams. He wanted to play for Russia. His mother is Russian, he saw his future in the Russian national team. But the challenge did not follow, there was no interest in it. They did not pay attention to him. He was not needed. Although people from Krasnodar told both the youth and youth teams that Spertsyan was a very talented guy.

In the fall of 2020, the Armenian Football Federation worked closely on both Zakharyan and Spertsyan. Eduard hoped that he would be called at least to the friendly matches of the Russian youth team after the Galaktionov team had solved the problem of reaching the European Championship. It was November 2020. There was no call. After that Spertsyan was simply tired of waiting and decided to accept the offer of the Armenian federation. Although by that time he did not really speak Armenian, ”a friend of Spertsyan’s family told the“ Championship ”. 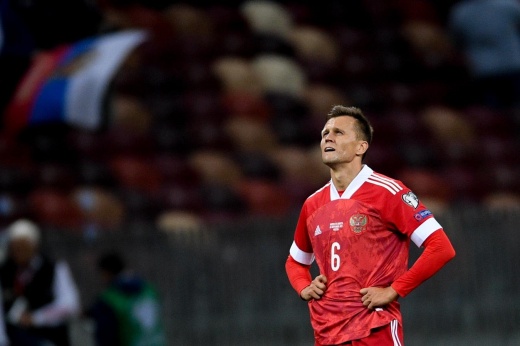 The Russian national team players continue to be eliminated due to injuries. Who to play with the camera ?!

In 2020, Spertsyan played enough to be called up to the Russian youth team. But it didn’t follow

According to our interlocutor, Spertsyan was expected to be called up to the national teams of all ages. But, for example, he was not seen in the youth team. The former coach of the Russian national team, born in 2000, Andrei Gordeev, told us about this.

– In 2018 and 2019, Edward was not even in the sky. I looked through a lot of players, but then he was not included in the expanded list of the junior team, he was not a candidate. This happens when players open up later.

Gordeev’s decision can be understood: at that time Spertsyan played, albeit not bad, but still in a reliable league for the second line-up of Krasnodar.

More ambiguous is the decision of Mikhail Galaktionov not to call Spertsyan into the youth team in 2020. The RFU could not fail to know that the midfielder has the opportunity to choose between Armenia and Russia. The more surprising is the ignorance of his candidacy. 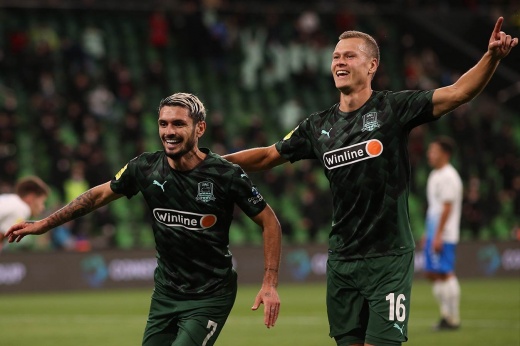 Krasnodar are playing Sochi, ending the match with nine. Galitsky applauded on the podium

In the 2020/2021 season, Spertsyan played 32 matches for Krasnodar-2 in the FNL. In 27 of them, he was captain, scored 16 goals and gave four assists. And with such statistics, I was never called up to the youth team.

If the non-call of a player during the qualifying tournament for the Euro can be logically explained that Galaktionov decided to rely on proven performers who are well known from the youth team, then the absence of Spertsyan in the list of those called up for friendly matches with Hungary and Slovenia is more difficult to explain. He had no injuries, and by November 2020 he already had the experience of playing for the base of Krasnodar. Including in the Champions League.

We turned to Galaktionov himself for a comment, but did not receive an answer.

In March 2021, Spertsyan was played for the Armenian national team – and in the very first official game he hit the gates of Romania. It is sad that Russia missed out on a talented player simply because he was not considered in time.

Russia to raise more “toxic” for the West issues at the conference in Glasgow – Gazeta.Ru

‹ Incidence goes downhill. Portugal is in the green zone of the risk matrix › PHOTOS – Albert of Monaco without Charlene: his sister Caroline never leaves him!