SUCCESS… Yesterday, within the National Council of PNL, with Prime Minister Florin Cîțu in the position of new president of the Liberals, the elections for the other key positions in the party took place. The surprise came from Dr. Nelu Tătaru, not so much in terms of his candidacy for the position of vice president in the entire North-East region, but especially in relation to the score with which he defeated his opponent, a deputy from Iași, Sorin Năcuță. The fact that he received 215 votes, compared to only 45 obtained by his opponent (8 votes were annulled, no.), Reconfirms the popularity and confidence of Huși’s surgical care among the liberal colleagues in the country. From the new position, of supervisor over all the counties of Moldova, Dr. Tătaru will have an important word to say, but also a corresponding responsibility. Anyway, the dice have been rolled, the PNL Congress has established its leader and the team with which it will lead the party in the next term. Another liberal from Huși, the lawyer Radu Bobârnat, yesterday, at the end of the decisive event in Bucharest, summed it all up in one sentence: “it was a tense atmosphere, but we hope things will calm down and move forward together” . 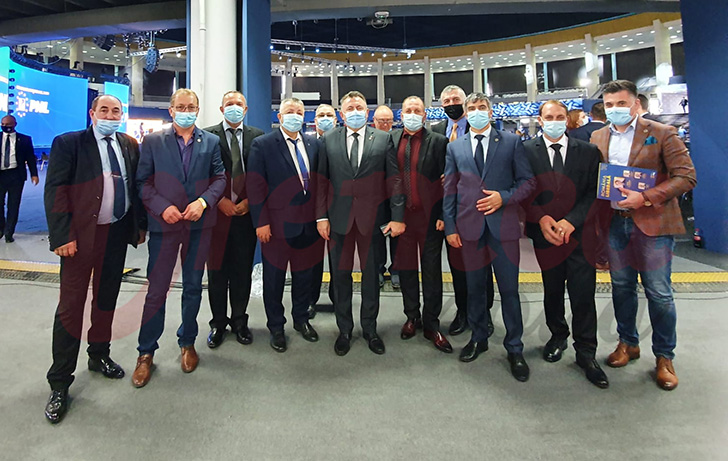 Dr. Nelu Tătaru relied on Prime Minister Florin Cîțu and did not fail. The delegation from Vaslui, consisting of 90 members, put its shoulder to the election of the current prime minister, as 87 members voted for him. There were, it is true, three rebels from Bârlad, the mayor Dumitru Boroș, the senator Iulian Bîca and Carmen Bularda, who had a different electoral option, but, in the end, this is the charm of any election. Yesterday, within the National Council of PNL, around 2000 delegates decided who are the leaders who will occupy in the next term all the other key positions in the party. When it came time to vote for the region of Moldova, a deputy from Iasi, Sorin Năcuță, took many by surprise, showing interest in this very important position in Moldova. However, in the vote, the score with which Dr. Tătaru won proved once again how popular Hussein is, among his liberal colleagues. Only the representatives of the counties of Moldova voted, resulting in a score of 215 to 45 in favor of Nelu Tătaru. 8 votes were annulled.

Mayor Boroș drowned his bitterness in a plate of french fries! 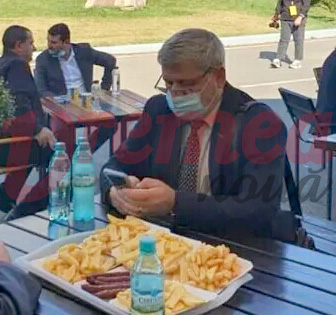 If the people from Vaslui who voted with Prime Minister Cîțu for the position of PNL president were successful, the three people from Bârlad who bet on Ludovic Orban were very upset. At least, that’s what a photo taken by a grumpy man who was probably circling Romexpo would suggest. The image shows the mayor of Bârlad, Dumitru Boroș, sitting angrily at one of the tables spread out next to the grills, ending with small and pastrami. In front of it is a huge platter, full of french fries. However, Dumitru Boroș seems absorbed by the phone he is buttoning, while he remains, cautious and regular, with the mask on his face. His fellow citizen, deputy Adrian Solomon, the one who posted the troublesome picture in the virtual space, could not miss the opportunity to make fun of his older opponent, about whom he wrote that “he enjoyed some french fries with sausage garnish”.

“Moldova Colosseum”: Not a tower remains from the mansion with 99 rooms in Căzăneşti

The mobilization announced by Putin, discussed at the Supreme Security Council of Moldova Moldova | DW

‹ Pisa, D’Angelo: “Even right, it was the worst time to come to Parma” › Napoli-Cagliari, the images of the match | photo