Municipalities 2021. All the information, results and reactions up to the minute

You can also see by clicking here the candidates already elected for the Presidency of the Chamber
23:20 – “I respect the decision made by the people”, says Manuel Machado

23:09 – BE leader said tonight that the party is “having very interesting results”

Catarina Martins stated that “she will monitor the results very carefully, in Lisbon and Porto”. “This will surely be a very long night.”

About Lisbon, he said that BE is willing “to be a solution” and rejected any possibility of negotiating with the right.

22:56 – Jerónimo de Sousa said this evening that the known results “below the goals”

“We have to look to the future,” said Jerónimo de Sousa. “Give the answers they can and should, open perspectives for an alternative policy (…) not limited to strict readings and contents of the State budget. The forms that make up the CDU will take the initiative to affirm the alternative that is necessary in that the OE is inserted, but that it is beyond it in matters that are decisive for the lives of people and workers. These are the options that must be assumed. Portugal needs another policy”. 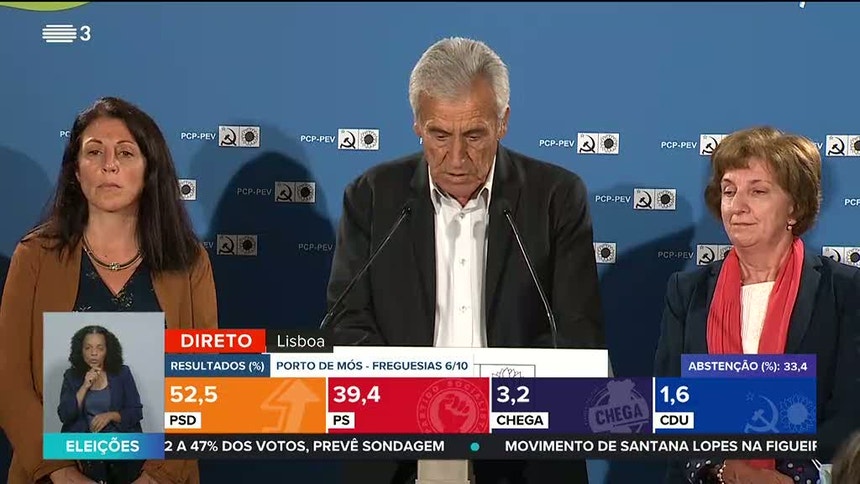 10:24 pm – CDU promises to continue fighting so that the people of Almada follow “the path of progress” 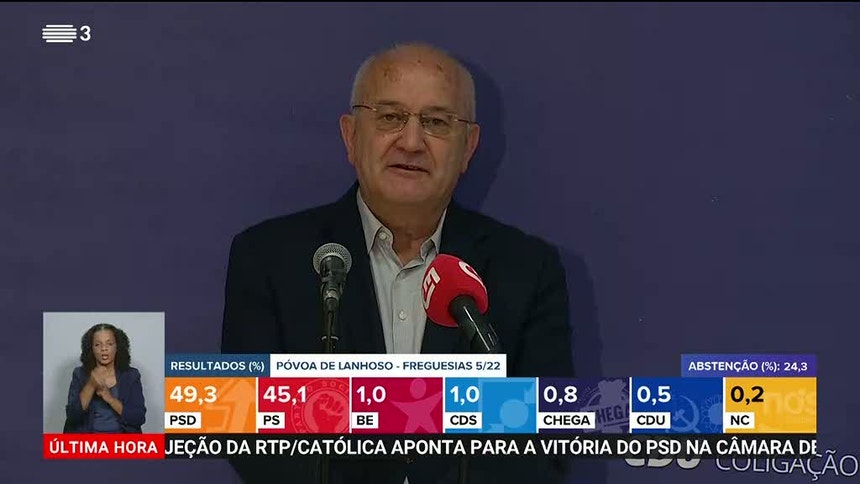 10:23 pm – Liberal Initiative cautiously receives projections that give a councilor in Lisbon 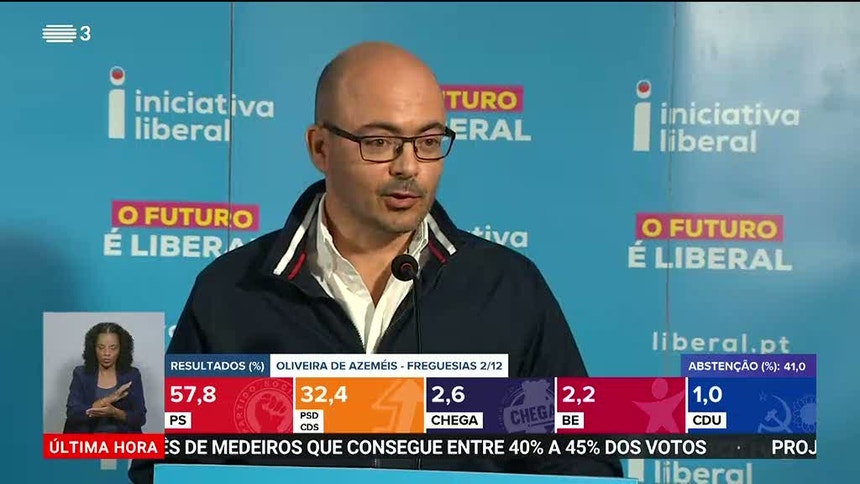 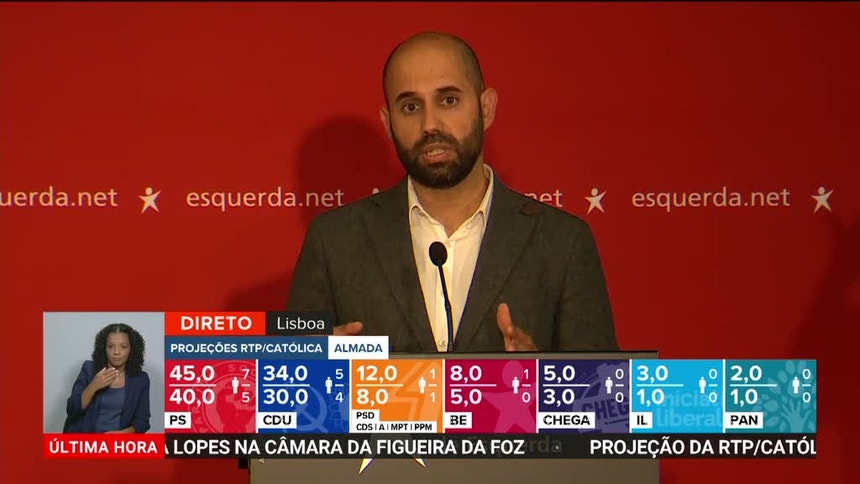 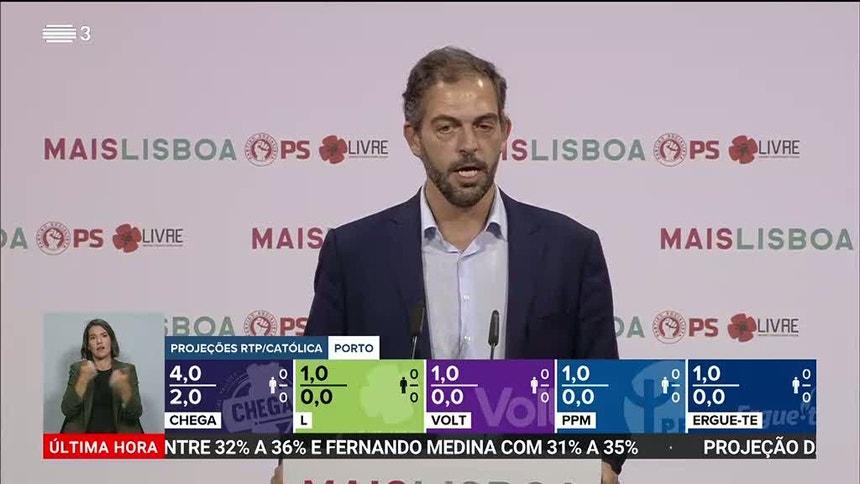 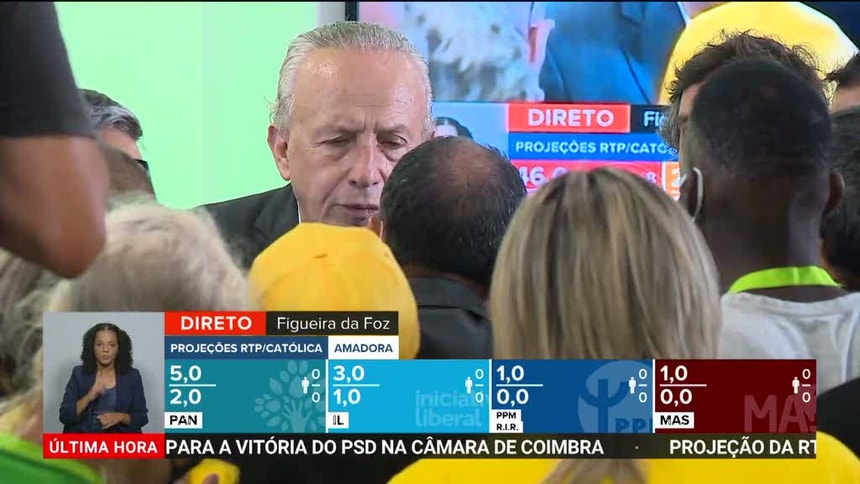 9:59 pm – CDU perspective “consolidation and even advance” of results 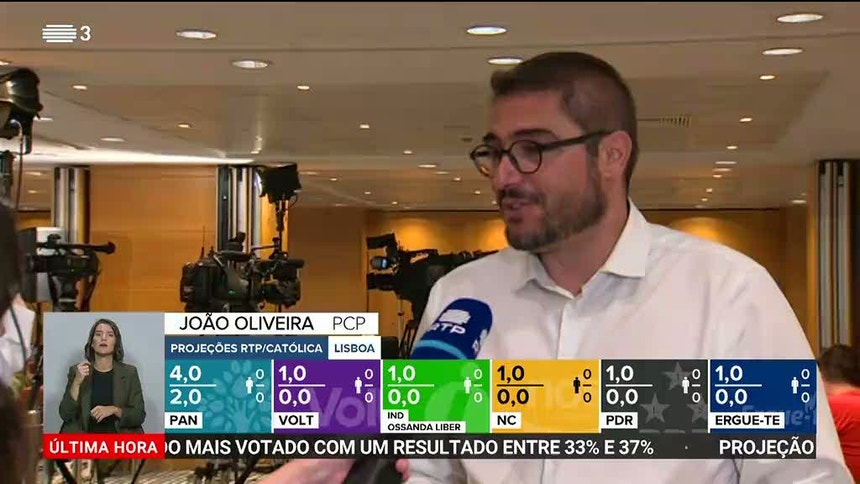 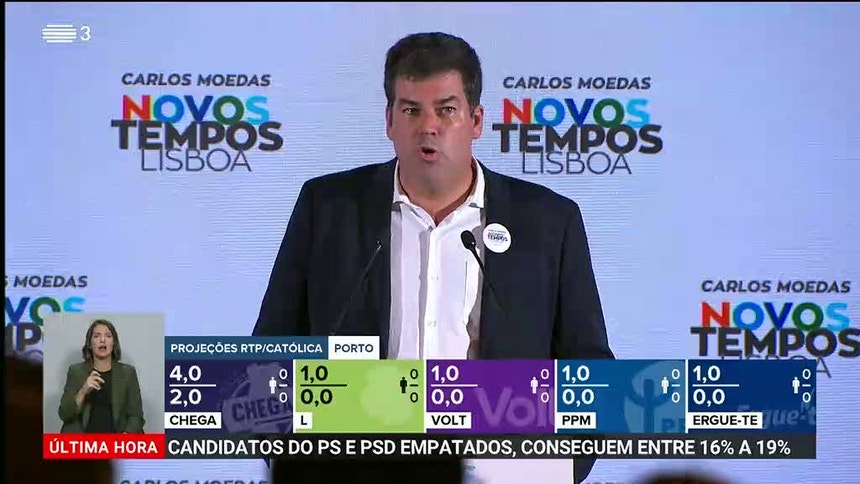 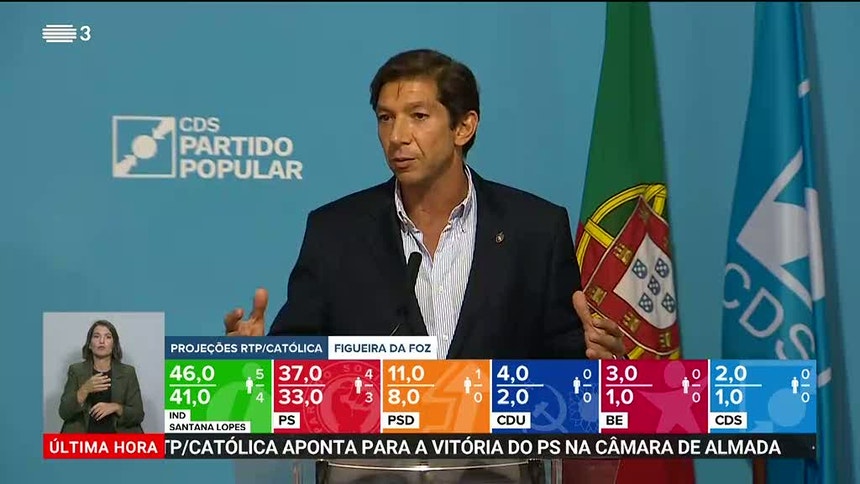 9:43 pm – André Ventura, leader of Chega, has said a moment ago that “everything is moving towards” the party “can have a historic night” 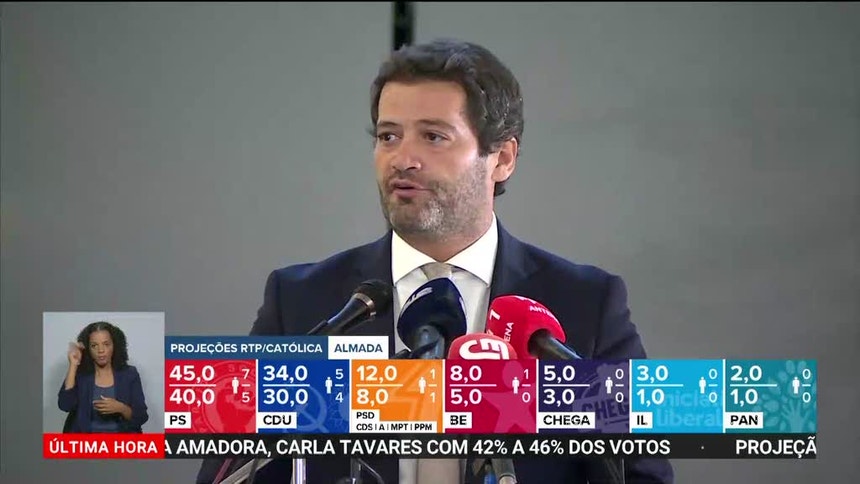 9:42 pm – PSD says “no one sings victory” but accuses polls in campaign of failure

The secretary general of the PSD said today that “no one sings victory” is still at the Social Democratic headquarters, but he accused polls released in the campaign of “failing resoundingly”.

In a first reaction to the television projections, José Silvano claimed, even so, an “expressive” victory for the PSD in Coimbra and the doubt about the winner in Lisbon. 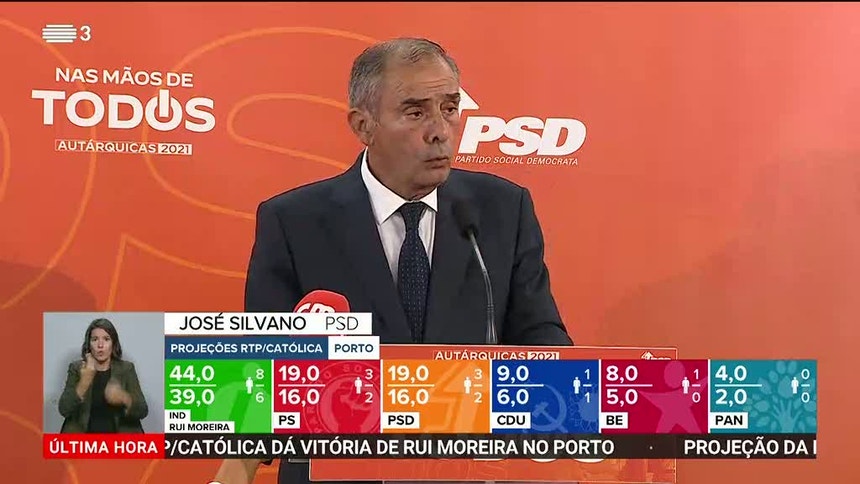 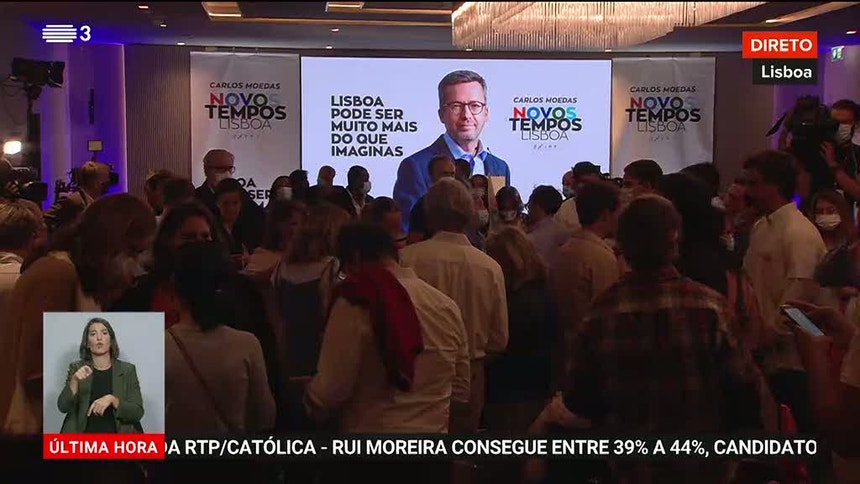 9:30 pm – BE in Porto “optimistic” with the possibility of electing a councilor

The president of the Left Bloc candidacy for the Porto Chamber said today that the party is “optimistic” about the possibility of electing, for the first time, a councilor for the municipal executive. 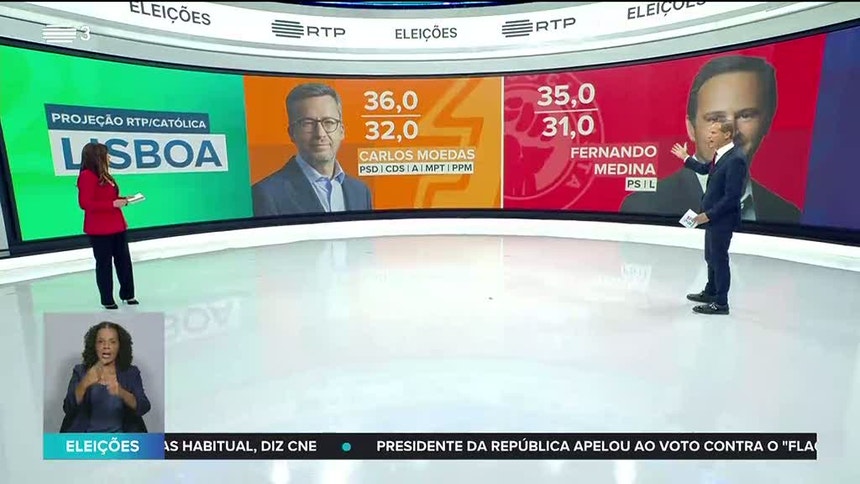 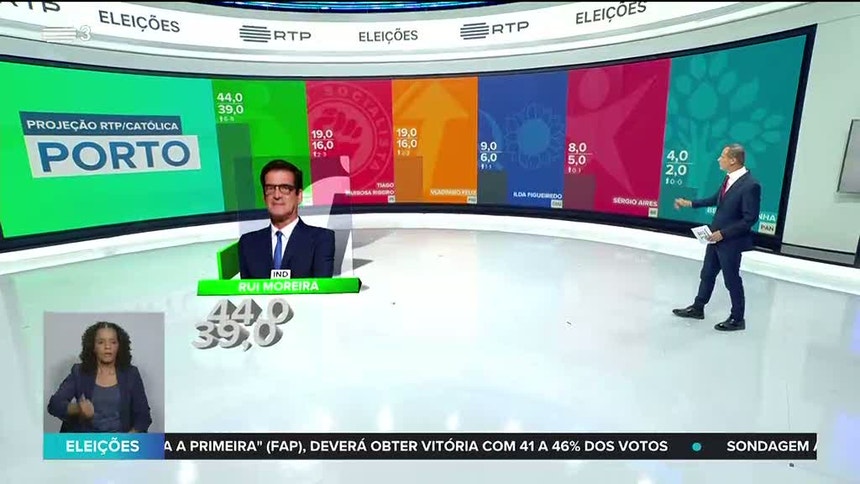 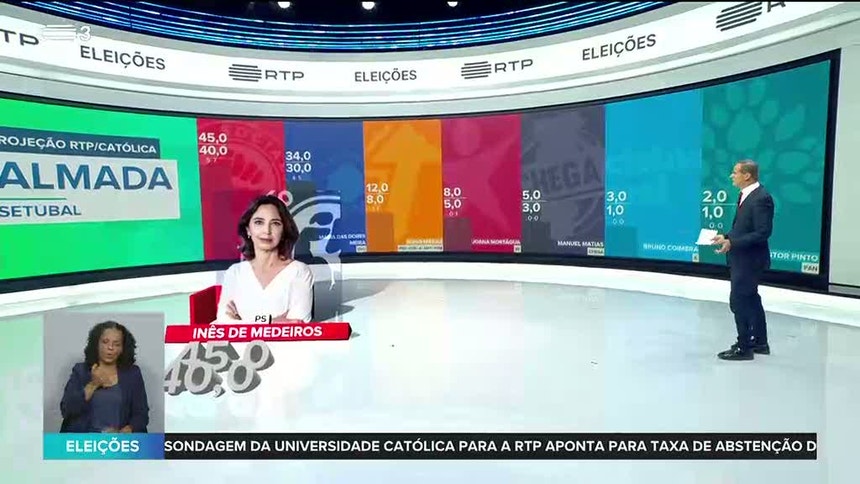 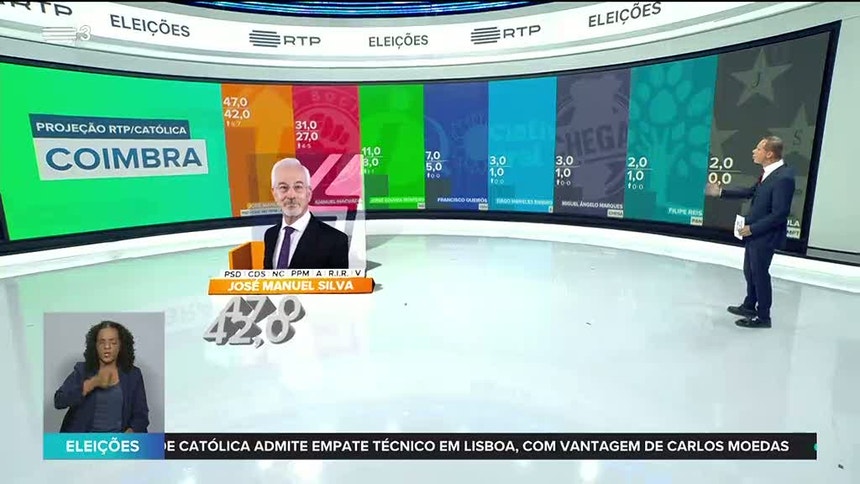 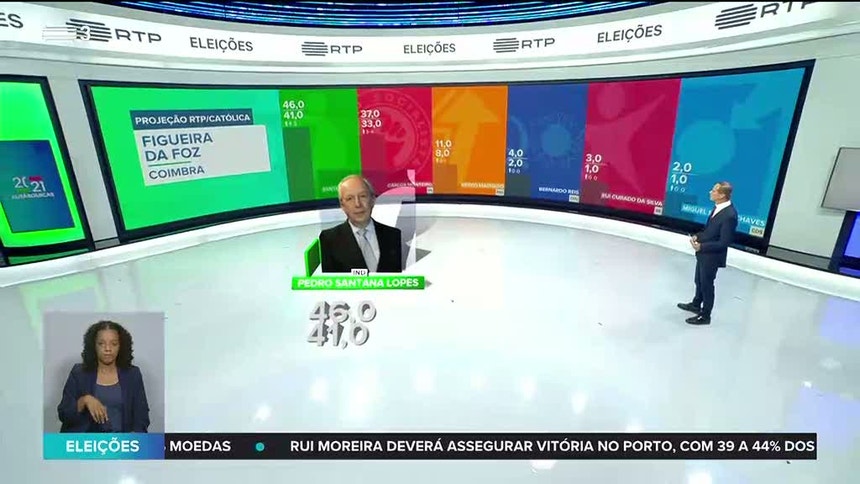 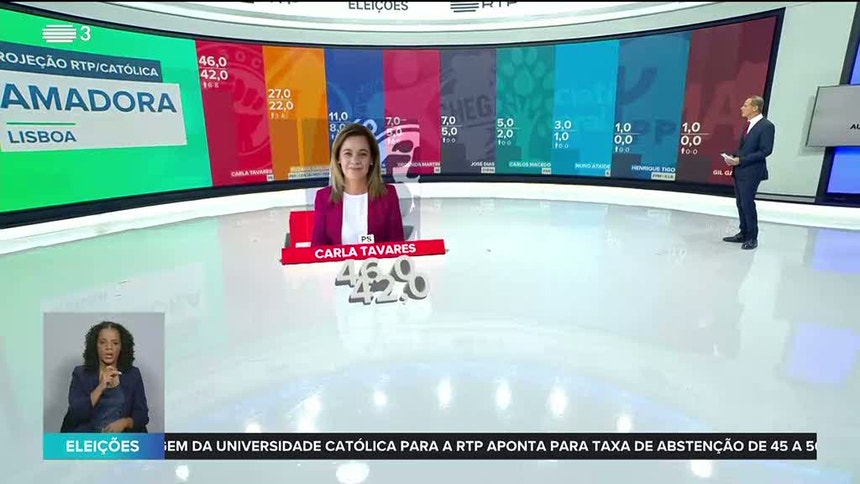 The polls for municipal changes closed today at 20:00 throughout the mainland and in Madeira, closing one hour later in the Azores, due to the time difference.

According to the Catholic University estimate, the current municipal participation rate will be between 50 to 55 percent. 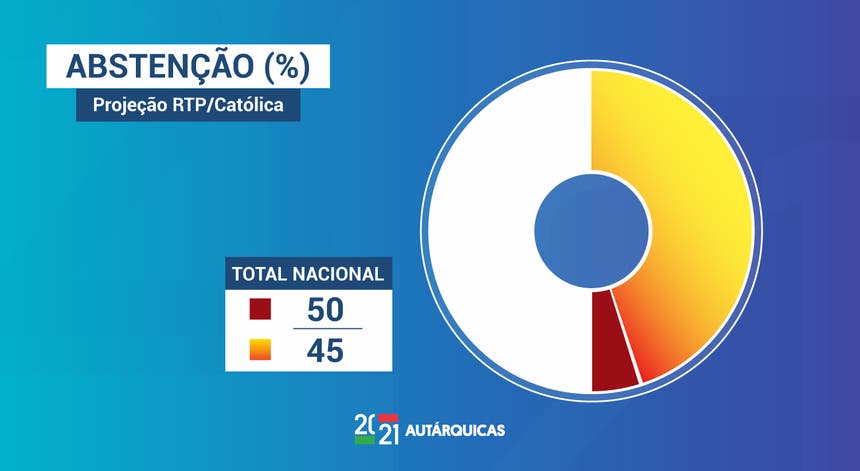 According to the Catholic University, this participation participation was created based on the results of electoral participation at 4:00 pm, released by the General Secretariat of the Ministry of Internal Administration at 5:00 pm.

Until 16:00, official data pointed to an abstention of 42.34%, which, until that time, represented the lowest value in municipal alterations. 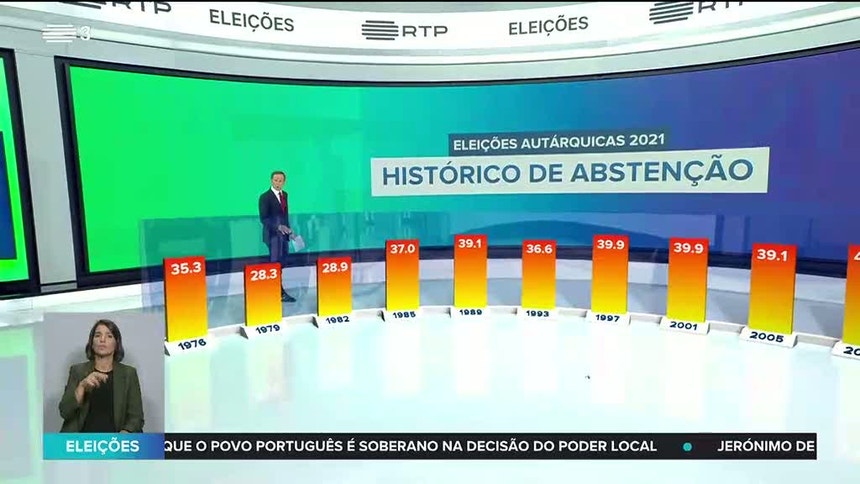 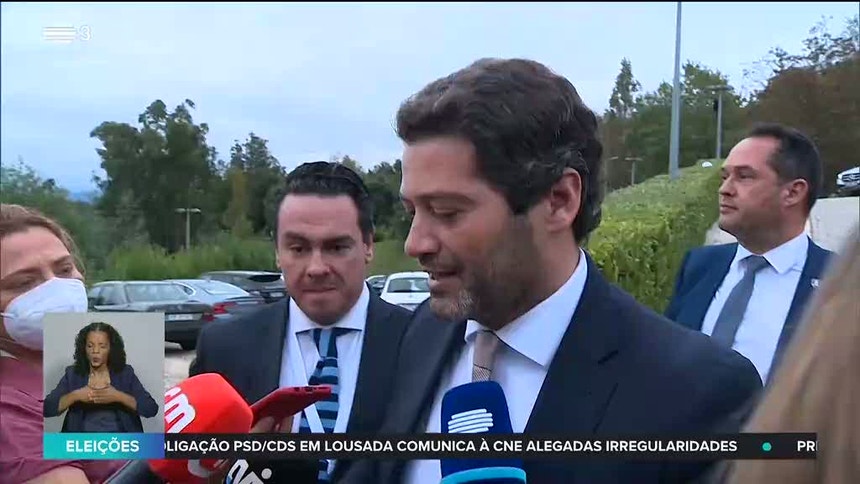 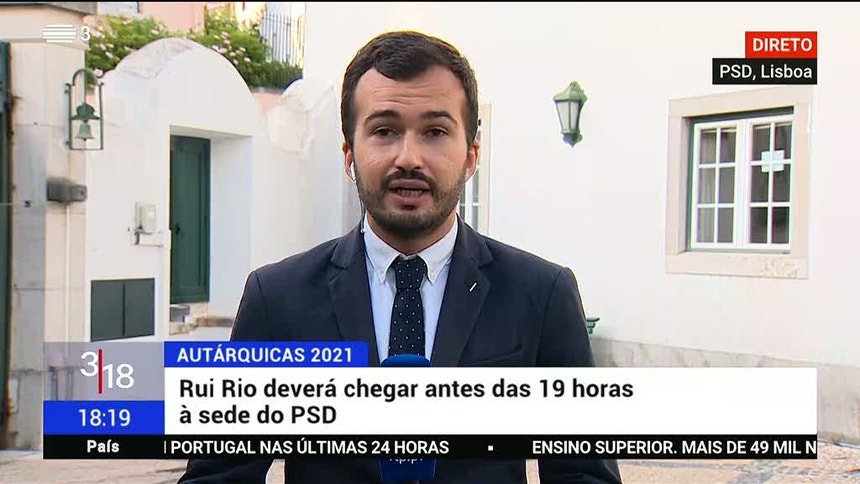 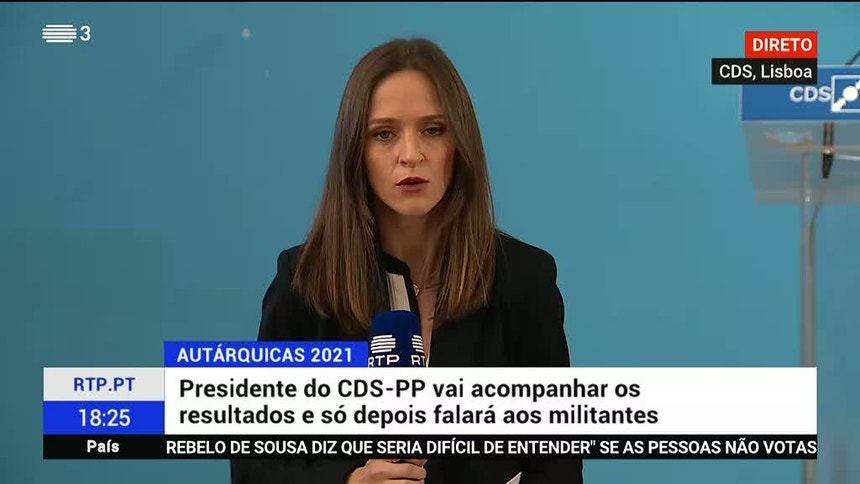 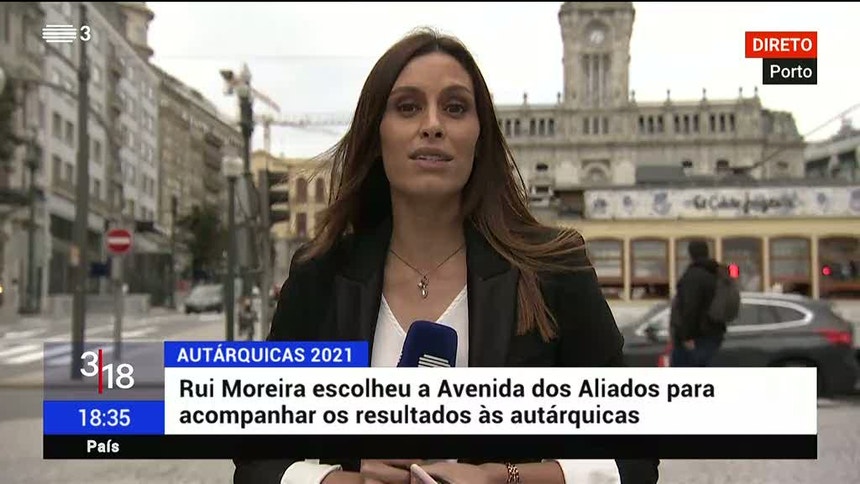 19:00 – A special broadcast on RTP has begun, which will accompany the entire election night

6:51 pm – António Costa arrived at Largo do Rato in Lisbon

The secretary general of the PS stated that despite the turnout being below the last municipal ones, it is necessary to wait for the final results.

“The objective of the PS is to continue to be the largest Portuguese autarchic party as we were in 2013 and 2017”, said António Costa. 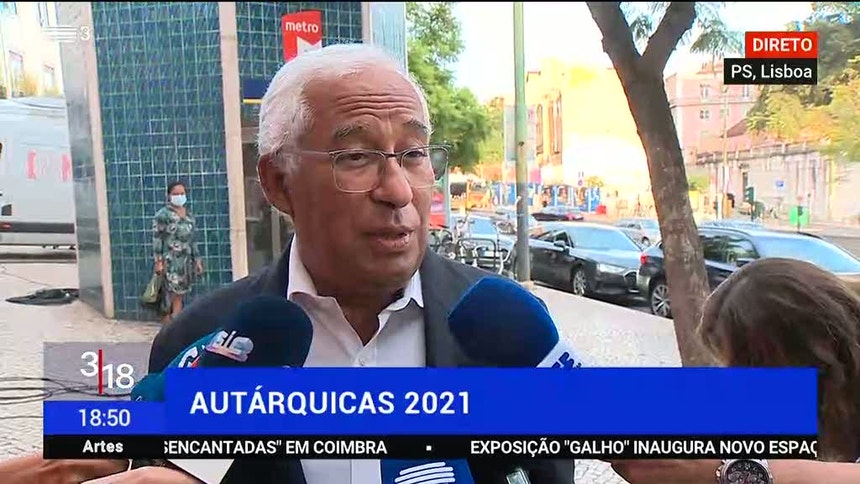 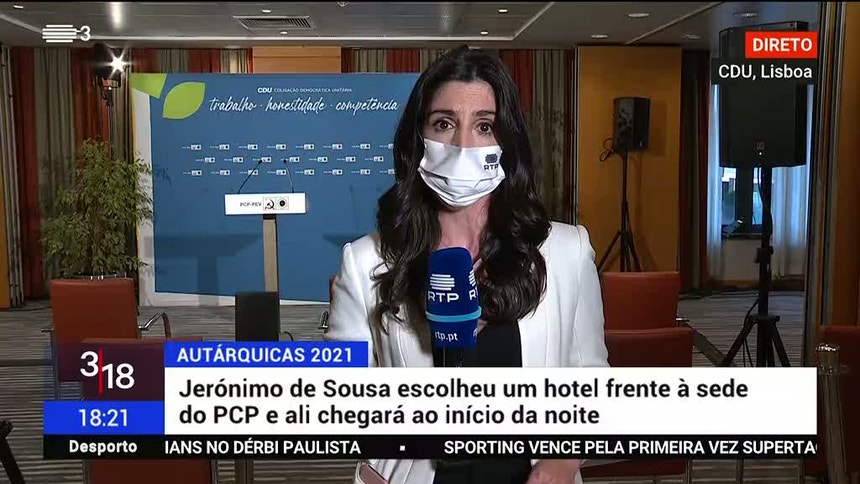 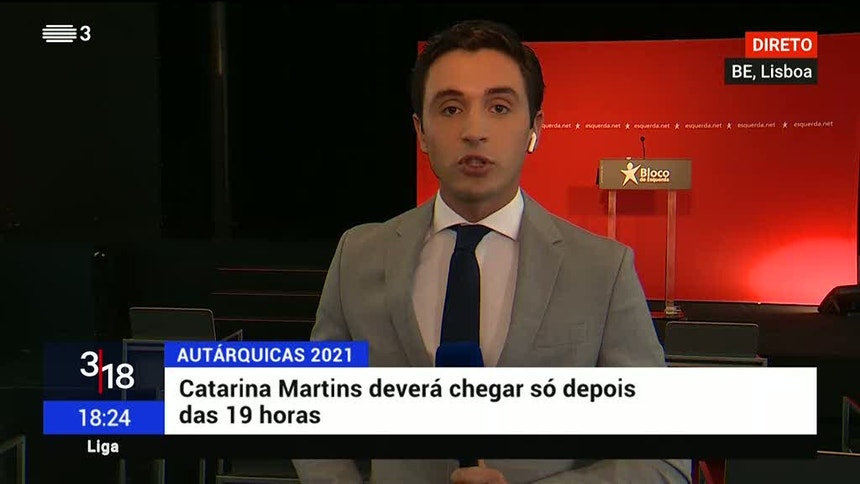 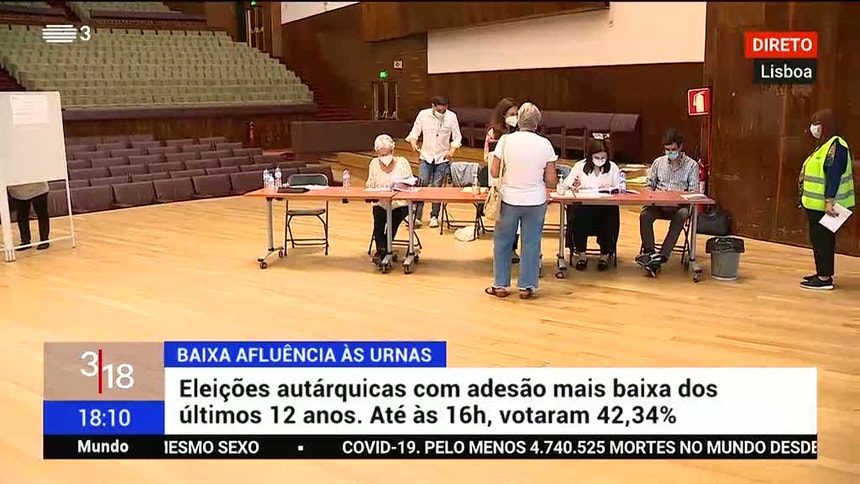 Here we open a new window in real time to follow the 2021 Autárquicas. The essentials until this time:

– According to the voter turnout balance, up to 4 pm a turnout rate was 42.34 percent, the lowest ever recorded in municipal changes. 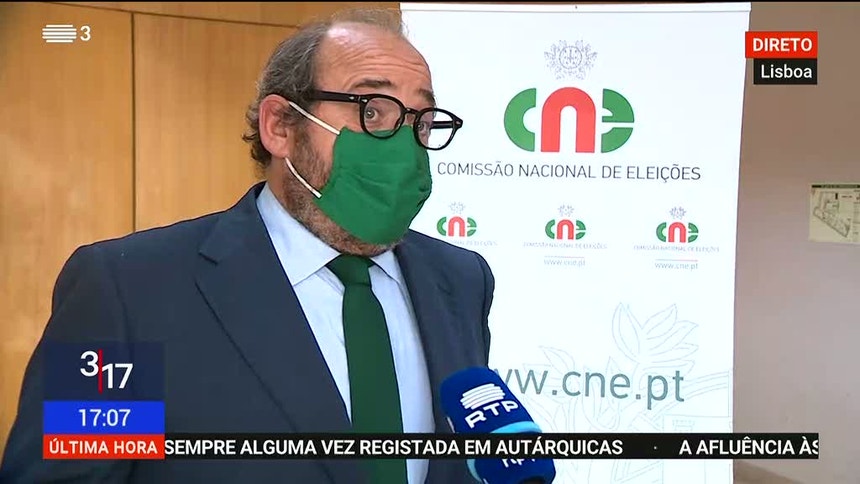 – Elections normally take place with the usual number of complaints

In a statement to Lusa news agency, the spokeswoman for the National Elections Commission informed that there were no boycotts until 4 pm. However, there have already been 400 complaints, considered a normal number for an election day.

– Portuguese vote for 308 municipalities and 3091 parishes

Voters choose the mayors of 308 municipalities and more than three thousand parishes. They are the second complete ones to take place in time of pandemic.