Cycle route from Trieste to Venice, 250 km: there is an agreement

Cycle route from Trieste to Venice, 250 km: there is an agreement. The Veneto and Friuli Venezia Giulia regions have signed the agreement to design and implement it.

Ciclovia Triste-Venezia, a boon for tourism too

While Abruzzo celebrates the Via Verde, 42 km from the sea up to Vasto, to the north another project for cycling starts on the Adriatic. And what a ride! Great news for cyclists and the environment. And also for tourism, given the enormous attraction that infrastructures like this play above all towards cycling tourism in Northern Europe. The regions Veneto And Friuli Venezia Giulia have signed thecooperation agreement to design and build the Trieste-Venice Cycle Route “. The route will connect the Julian capital with the city of San Marco. He announced it with an official note the Councilor for Infrastructure and Transport of Veneto, Elisa De Berti, bike enthusiast. The agreement had been working for more than two years, after a first memorandum of understanding signed between the entities as early as April 2019. Local administrations, institutions, individuals, committees and associations will be involved in the implementation. 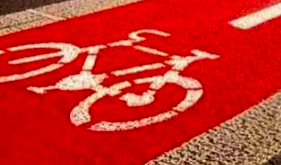 Here is the route, between Marine and Natural Reserves

The Trieste-Venice will be a cycle path of 250 kilometers, they can be tackled by everyone, not just by experts or two-wheel professionals. And it will wind along the most beautiful coastal towns of Friuli Venezia-Giulia and Veneto. Touching the city of Trieste, the beach of Marina Julia, the Mouth of the Isonzo Nature Reserve, Degree, Aquileia, Marano Lagunare, the Nature Reserve of the Foci dello Stella, Lignano Sabbiadoro, Bibione, Caorle, Punta Sabbioni and finally Venice. From the penultimate location it will be possible to reach the Serenissima by loading your bicycle on a vaporetto, making a stop in Piazza San Marco. The Ministry of Infrastructure and Sustainable Mobility (MIMS) will be asked to finance half of the 16 million needed for the first functional lot. The sum falls within the government funding from 91 million set aside by the state to create a national system of tourist cycle paths.

many clouds until Wednesday, changeable Thursday « 3B Weather

VENICE | COMMERCE: “NEW LICENSES ONLY WITH GUARANTEE IN FAVOR OF THE MUNICIPALITY” – ANTENNA TRE