Vilafranquense continues in the Portuguese Cup after beating Immortal 2-0 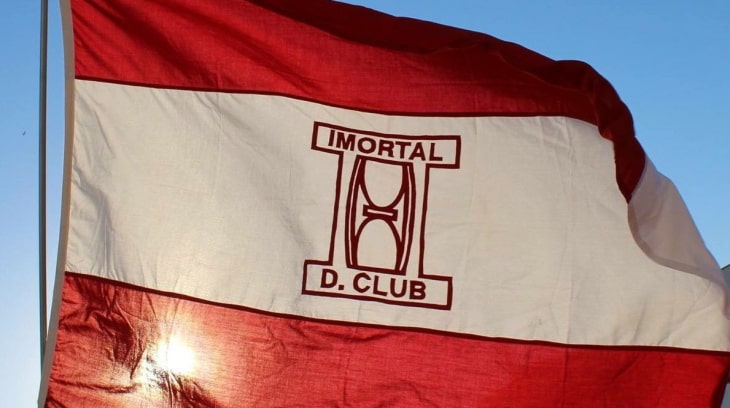 Vilafranquense goes to the third round of the Portuguese Cup after confirming their favoritism by beating Immortal 2-0 today, in Albufeira.

At the Albufeira Municipal Stadium, the first big opportunity for the team from Vila Franca de Xira came in the second minute, with André Dias shooting hard and forcing Nélio Pereira to apply himself.

The answer from Immortal, from the Portuguese Championship, came from Tidjane Balde, at 17, with a head shot that passed with danger over the bar.

In a game that was played a lot in the central area of ​​the field and with opportunities for danger, I also register for the attempt by Wellington Aquino, who, with his head, hopes to surprise the Vilafranquense goalkeeper (29), following a kick from corner, and for André Dias (44), a header over the top after a shot by Manaour Belkheir.

The second half began with the visitors’ goal, on 50 minutes: Bruno Sousa crossed, goalkeeper Nélio Pereira tried to take a ball, but Manaour Belkheir placed it in the back of Immortal’s goal.

The match entered a phase of several substitutions and fouls with the right to yellow cards, which greatly reduced the pace and quality of the game.

In the final minutes, the Immortal result of performance and had a few more chances to try to equal the match and, in the 80th minute, Mário Duarte headed with danger after a free-kick, with the ball going over Adriano Facchini’s goal. .

Almost at the end of the game, Immortal asked for a penalty to be awarded, but it was the II Liga team who received a kick from the 11 meters mark, with Nené making it 2-0 in the final minutes ( 90 + 7, stamping a ticket to the third round of the Portuguese Cup.

Deputies from Portugal and Spain meet in Braga

BOLA – Varzim announces where he will host Sporting (Portugal Cup)

Plans to relax? Portugal has one of the best spa resorts in the world

‹ Malta Police Commissioner joins Board of Asset Recovery Bureau › Sharon Stone in Zurich – “The older I get, the funnier I find everything”