Vémola: I will start in Prague as a home team, or I will not fight with the Pirate

As part of the Octagon 28 tournament, a duel between Carlos Vémola and Samuel “Pirate” Krištofič was also announced. It is to take place on December 30 at the O2 arena in Prague at the Oktagon 30 event. This news must have excited most MMA fans. However, the Czech Terminator is not so enthusiastic, as he was upset by the conditions announced to him by the organizers. “That the Pirate will act as a champion?” The Terminator wonders. “In that case, they can look for a replacement for me right away,” the fighter revealed in an exclusive interview for iSport.cz.

A while ago, your match with the Slovak rival Samuel “Pirate” Krištofič was announced, which is to take place on December 30 at the O2 arena in Prague. Can you make the first comment on this?
“Yes, I was now in the Octagon studio, where my match with the Pirate was announced by a teaser (video-trailer), which I saw for the first time. I’m happy with him, he said. Photo at the end of the year great. But of course I told Ondra (Ondřej Novotný, promoter of Oktagon MMA) that my return is not 100%. I really wish it, I would love to promise him, but with the injury I have, I can’t promise to board. I’ll do my best for it anyway. He told me he counted on it, knowing how crazy I was, how I was going to work, but if I didn’t happen to, he’d have a proper replacement for the Pirate at worst. But now he told me in the studio something I didn’t know before. “

From A to?
“That the Pirate will enter as if it were a champion, ie domestic and that he will not even talk about it much with me and that I will enter the cage first, ie actually a guest, a challenger.”

What do you think?
“For me, the Pirate is just a fake champion. If you want to do that, then they can look for a replacement for me right away. They used to do this to me in the previous organization, when Petr ‘Píno’ Ondruš, who was a challenger, started at home. Oktagon has already managed to do this with Attila, even though it was actually at my home in Prague, he started as a home, as a champion. Should this happen to me for the third time now? No. And I can’t help it. I risk my health, I risk not seeing my family properly, my baby will be born, I won’t celebrate much, as well as my daughter’s birthday. In short, will I have to leave everything for them to start here at my home in the O2 arena as a Pirate Champion? In that case, let them find another opponent for him and sell the O2 arena with someone else. That’s not my stubbornness, that’s just the way it is. I feel like a champion and I’m here at home! “

I understand.
“I think if people asked, they would be behind me. They know who’s home here. He will come here from Slovakia. And to take on the role of challenger, risk my health, deprive myself of a Christmas well-being with my family ať Let them keep it. I’ll do my money fight in boxing, and I don’t care who comes first or second, because I’m no boxing champion. “

The best of Trashtalk Marpo vs. Vémola: I’d rather go than go back to the ground! 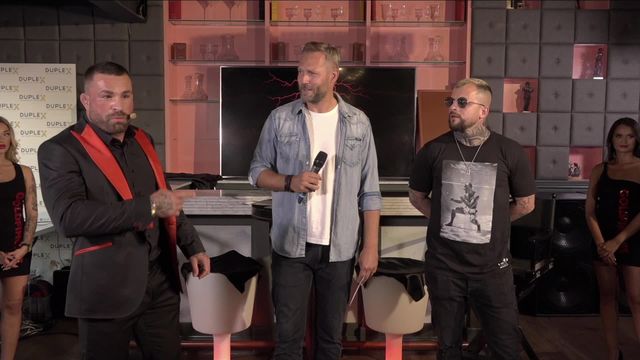 Promoter Novotný told us in a recent interview that he will soon have sufficient greetings from the doctors to see if you will be able to start the match at the end of December. But it turned out well.
“We received the congratulations with the fact that if everything continues as before, I will make it. The main thing is that I can make full use of my hand at the beginning of November, and all indications are that this will be the case. But the moment we have to get the Pirate to start here in Prague as a home, let them find another opponent for him. And if the Pirate wins, I will go to Slovakia and beat him there. I will be there as a guest, I feel that way, why not? But at home, in the O2 arena, where I feel like a king, I will not be the first to perform. “

However, you really don’t have a title at the moment and Krištovič is an interim champion…
“As if, as if. Go and ask on the street of the people in Prague who is the local and real middleweight champion of the Octagon. I think ninety percent of people don’t even remember who the Pirate is. “

So the final word is that you will either go to the O2 arena as a home in December…
“I will start at home, or I will not rush to it, let the Pirate wrestle with whomever he wants, and I will then beat him in Slovakia on his soil and I will start there as a guest.”

Trashtalk Marpo vs. Vémola: I have to beat him, there is no other way 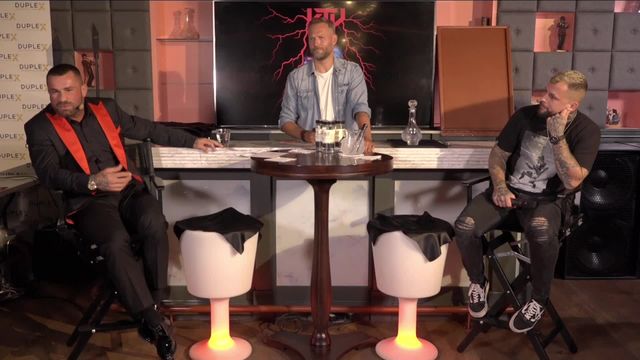 ‹ The main prize of the Golden Prague Festival was won by the film Romeo and Juliet by director Simon Godwin – ČT24 – Czech Television › MUSIC: A LOADING BACK TO SCHOOL FOR SARA WENN