They said goodbye to tapir Morse at the zoo with a grand celebration. His new home will be Nuremberg, Germany

The young tapir, who was born last year, was named after the founder of Morse code, Samuel FB Morse. The inspiration at the time was his dotted furwhich every chabra tapir has. Today we do not find any dots on his fur, he is already an adult black-gray color, but saying goodbye to him will be in the spirit of Morse code.

“Morse was one of the greatest cubs born (or hatched) at our zoo during the last quarantine. I could explain at length what makes such a small tapir special, but it is enough to look at it. Cream dots and dashes on the chocolate brown fur of the then cub. Everyone gets this combination. Dot-comma-dot-dot-comma, “describes the director of the Prague Zoo Miroslav Bobek.

“Last April, April 27 was a complete coincidence with the other Morse Day and World Tapir Day. However, there has been a link between them since the baptisms – our male tapir was still named Morse after the inventor of the Morse code, Samuel FB Morse. Now we have said goodbye to him in the same style, “added the director

“Nuremberg Zoo is the coordinator of the European Breeding Program for Chabrak Tapirs, our Morse will take the best care, ”Says mammal curator Pavel Brandl.

“Visitors will have the opportunity to learn the secrets of communication in Morse code on Saturday, but they can also write a message to our male on his way to the Nuremberg Zoo. Exactly at 10.00, there will be broadcasts of his relocation, “Dana Alena Maděrová, a spokeswoman for the Prague Zoo, invites visitors.

The program will be full throughout the day. The morning broadcast will be followed Morse code workshop, in which an experienced radio operator and collector of telegraphs and radiotelegraphs introduces visitors to the secrets of the Morse code and introduces the devices for its transmission. I will also miss art workshops or guided tourswhich will take place for tapirs throughout the day in every full hour.

Breeding chabra tapirs in zoos is a real rarity. There are currently only forty individuals in Europe and two Prague tapirs and at the same time Morse’s parents – Indah and Nik – are among the few Čabrak tapirs in the Czech Republic. It is definitely not a common breeding, in European zoos they are born as a result of four cubs a year. In recent history, the Prague Zoo joined the European Breeding Program (EEP) of Čabrak tapirs in 2010. 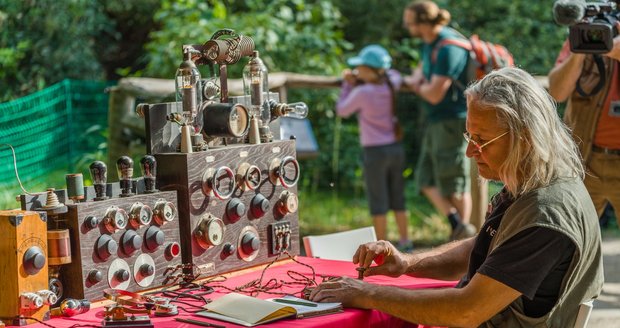 Morir tapir will travel from the Prague Zoo to Germany. They said a big farewell party for him

According to Johnová, Prague is increasing its capacities for the care of the disabled. ‘Not enough,’ objects Uzheniya | iRADIO

‹ Near Toulouse, an 84-year-old man dragged several meters for his bag › Putin to host another FIFA World Cup in Russia – Gazeta.Ru