New York opened a floating park. Its architect will now transform the center of Prague

“New York has never seen anything like it,” voted The opening of the park by New York Post journalist Steve Cuozzo, Little Island is being compared to a park on the former High Line. In the new park, New Yorkers will find a playground for children, refreshments or an amphitheater with an auditorium for 700 people. The park was built on the site of a former pier, stands on 280 pillars and its construction took four years.

The project is backed by businessman Barry Diller, who invested $ 235 million in the project, the city contributed 17 million and the Hudson River Park fund four million. Diller and his wife, designer Diana von Fuerstenberg, have pledged to fund maintenance for the next 20 years. “My wife and I love public art and space and are lucky enough to have some resources,” Diller told television. CNBC reasons why he decided to finance the Little Island.

During the project, Diller had to address objections from non-profit organizations that Little Island is a threat to the environment or a place only for the rich. After years of legal friction, when the construction had to be interrupted several times, it is now paid to complete the project of a floating park.

The author of the design is Thomas Heatherwick’s studio in London, which has many visible projects around the world, such as the Learning Hub in Singapore or 1000 trees in Shanghai. Heatherwick will soon change an important place in the center of Prague, because according to his design, the Savarin building complex, which lies between Na Příkopě and Jindřišská streets, right next to Wenceslas Square, should be transformed.

Wait to change Prague in the coming years. 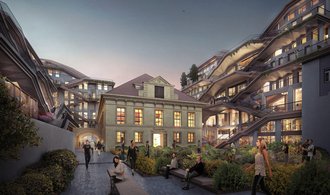 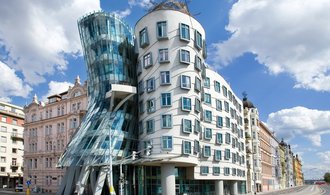