Free and unlimited abortion? San Marino in the most difficult vote 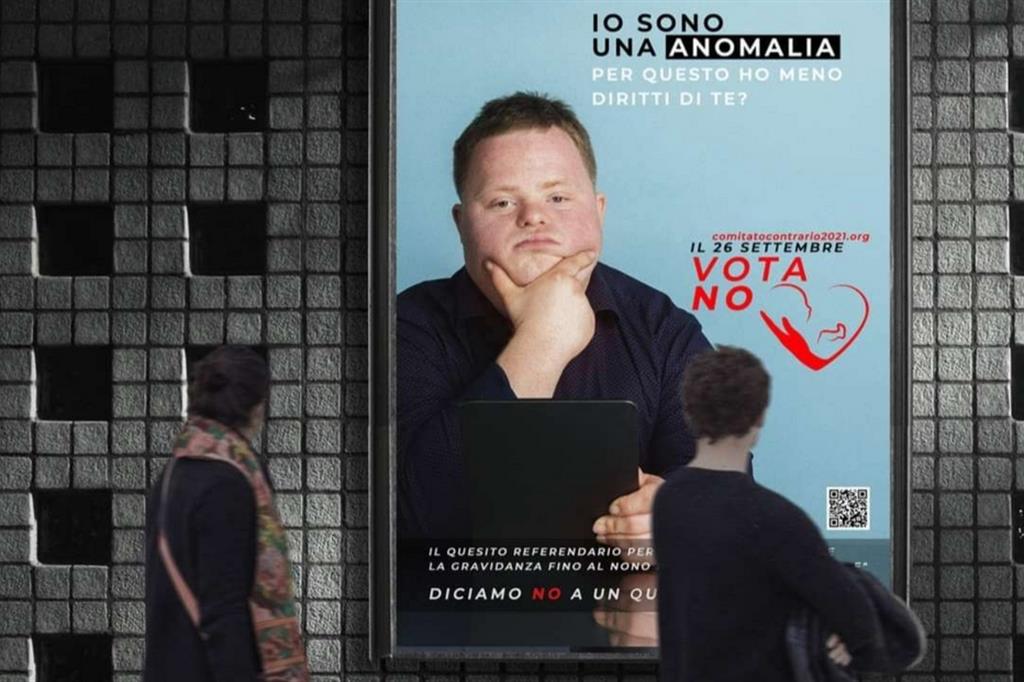 Marina Corsi, leader of the Committee for the No: it is not the norm that women need

«Without ifs, without buts, without perhaps, we are for the acceptance of life. And it is not to defend an abstract principle, but to host a person: the story is the conceived, albeit fragile and defenseless ». The bishop of San Marino-Montefeltro Andrea Turazzi writes in a heartfelt note – “The Gospel of life” – released in view of today’s referendum. The citizens of San Marino are in fact called upon to decide whether or not they are in favor “that the woman is allowed to freely terminate the pregnancy by the 12th of gestation – as the question on the card states – and also subsequently if there is a week danger to the life of the woman or if there are anomalies and malformations of the fetus that involve a serious risk for the physical or psychological health of the woman “. «We are on the side of the mother and the future father – adds Turazzi -, in particular we do not want the woman to be left alone neither before nor after the birth of her child. In motherhood her beauty shines in an admirable way. The voluntary termination of pregnancy is never without consequences for the woman, a reason for the unique and sublime bond with the creature she carries in her womb. We believe that no woman faces abortion with a light heart; it is always a tragedy: we do not want to leave no stone unturned to find an alternative. We must ensure that never again a life does not blossom out of insecurity, mistrust, loneliness, lack of custody and protection or for economic reasons ». «Today – adds Turazzi -, with the progress of the sciences, with the means available, with the growth of the social sense, a lot can be done to host the nascent life. We believe that the development index of a society is not evaluated so much with the economy, but with respect for the rights of all, starting with those who are fragile, defenseless, unborn ». After an even harsh referendum campaign, the bishop thinks about the post-vote: “Whatever the outcome, we will work consistently to bear witness to the Gospel of life, for a culture and a policy favorable to the family, for a leap of awareness and responsibility . We will look for friends to reorganize hope. Everyone is invited ». (NS)

Will the voluntary termination of pregnancy be legalized in the Republic of San Marino? To decide it will be today’s vote, with the silence of many media – the liberalizing wave has done its utmost for the Committee. With the arguments presented by the president Marina Corsi.
So far, San Marino women who want to have an abortion have gone to the nearest Italian hospitals. A phenomenon so widespread as to justify the request for a legal abortion on the Titan?
Our “One of Us” Committee for the No examined the Istat data on voluntary interruptions of pregnancy in the provinces of Forlì-Cesena, Pesaro-Urbino and Rimini of women residing in the Republic of San Marino 2005 onwards, with Rimini alone accounts for 90% of abortions performed. The data show that the number of voluntary abortions of San Marino women has always been very low: around 20 per year, with a single peak of 30 in 2013. From then on, it went down to 12 abortions in 2018. and 7 the year after.

So legalization could generate figures, just as San Marino is suffering from a demographic decline …
We are witnessing an important decrease, deaths are now more numerous than births. As of January 1, 2019 the inhabitants were 33,419 with 232 births and 251 in one year. With these numbers, termination of pregnancy also weighs on the demographic balance.

What do you respond to the promoters of the referendum – the Union of San Marino Women (Uds) – who talk about rights and freedoms?
The campaign promoted by the UDS insists on a false concept of self-determination. The conceived child is in fact a human being different from the mother (and the father). The desire to include abortion among the rights of women does not take into account the reality of the unborn child. The possibility of carrying out an abortion without time limits (denied, but which is an integral part of the referendum question) in addition to the horror of late abortion up to the ninth month opens up to abortion tourism, because it would be a legislative provision in contrast with the regulations of neighboring countries. Abortion would not be limited but it would be a widespread practice. It is also serious that in no case conscientious objection is envisaged, that any reference to the father is absent and that there is no provision for the consent of parents or guardians for the abortion of minors.

Did people understand the reasons for your battle?
It seems to us that we have always given the reasons for our positions. The proponents of the abortion legislation, who called theirs “an uncomfortable and unpopular battle”, made heavy accusations (“medieval, Taliban, violent” …) and our posters were often torn and smeared, something that never happened to San Marino. And if we talk about posts on social media, an authentic fair of vulgarity has been unleashed against us. The issue of the defense of life seems to us to deserve a more serious approach on the part of everyone.

What climate did you find in your initiatives?
In personal meetings, the confrontation was serious, not so in public communications, where the Yes front seemed to have enemies to discredit. San Marino TV has maintained a calm tone, even with interventions with a level playing field.

How are women oriented, and especially young women?
At times younger people have seemed to us prey to a dominant mentality that does not delve into problems. We are in the time of influencers rather than masters, unfortunately. But what happens will not leave us as before. Among the women we also encountered testimonies of love for life, respect for the unborn, help in difficult situations.

What are your reasons for the No?
As our bishop Turazzi said, “we must look at the creature that has just begun its adventure. Every man has the right to live. This is the right that precedes all others. Therefore, it is much more to defend the unborn child than to defend an abstract principle, because it is welcoming a person … There is a child who must be born, the mother to help, and this means that we need a society that takes a stand. I am happy that the firm no to abortion is increasingly accompanied by words and gestures of attention towards women … We too are Catholics committed to social issues, human rights, the care of the common home. And on the other hand, there are Catholics who are more attentive to safeguarding non-negotiable ethical principles. The ‘groove’ between these two souls, in our country, is sometimes not so deep; however, I felt the duty to say to both of them that the Gospel of God’s love for man, the Gospel of the dignity of the person and the Gospel of life are one and indivisible Gospel. Therefore one cannot consider oneself Catholic and then, for example, fail to recognize that human-life is sacred from conception … ». The Pope also spoke a few days ago on abortion: «Abortion is more than a problem, it is a murder, whoever does an abortion kills, without half words. Take any embryology book for medical students. The third week after conception, all the organs are already there, all of them, even the DNA … It’s a human life! This human life must be respected, this principle is so clear! ».

What does the referendum campaign leave you?
The generous commitment of many to the defense of human life – from the associations to the “One of us” Committee – has created for everyone an authentic experience of friendship, together with the awareness of a leading role that has made us mature. And this is already a positive result.

‹ Don’t look for dirty secrets in Vazov’s death – a heart that has suffered in Bulgaria is bursting › ICE: Vienna Capitals celebrate their first win of the season against Innsbruck – winter sports – ice hockey