Covid-19. The up-to-the-minute situation of the new coronavirus in the country and in the world

Here we follow all developments on the spread of SARS-CoV-2 on an international scale.

SEE THE INFOGRAPHY WITH ALL THE UPDATED DATA ON THE SITUATION IN PORTUGAL. CLICK HERE

SEE THE INFOGRAPHY WITH ALL THE UPDATED DATA ON THE SITUATION IN THE WORLD. CLICK HERE

The country has recorded another 50 Covid-19-related deaths in the past 24 hours. There were also 3,525 new infections.

In the last 24 hours, Portugal registered over 713 cases of covid-19 infection, bringing the total to 1,066,346 since the beginning of the pandemic.

Five more patients did not survive the disease, there are now a total of 17,952 deaths accumulated in the country.

The most recent bulletin from the General Directorate of Health also reports 986 more recovered from covid-19, for a total of 1,016,913.

Admissions due to covid-19 in Portugal dropped to 408 (two fewer than the day before). However, the number of patients in Intensive Care Units has risen: there are now 83 patients with covid-19 in the ICU, seven more than yesterday.

The Azores registered, in the last 24 hours, 13 new positive cases of covid-19 and have six hospitalized patients, three of which in intensive care, revealed today the Regional Health Authority.

In the daily bulletin, that entity clarifies that, of the 13 new infections of SARS-CoV-2, which causes covid-19, 11 are taking place on the island of São Miguel and two on Faial, being examined from 1,255 analyses.

1:54 pm – Citizen stores open on Saturdays until 10 pm to catch up on delays

Nine citizen stores will be open on Saturdays until 10 pm. It is a contingency plan to regularize delays caused during confinement.

The union of registry and notary workers considers that this delay has existed for many years and was not transmitted by the pandemic because it lacks human resources and sophisticated computer equipment.

Arménio Maximino says that the government promises “ferraris” but what exists is “junk iron”.

13:41 – Portugal should not be worried but prepared for winter, experts warn

Pulmonologist Raquel Duarte, who is part of a group of experts who advise the government on managing the pandemic, says that Portugal must be prepared for winter.

The pulmonologist says she hopes that clubs and discover suitable and that in schools continue to be used masks in classrooms. 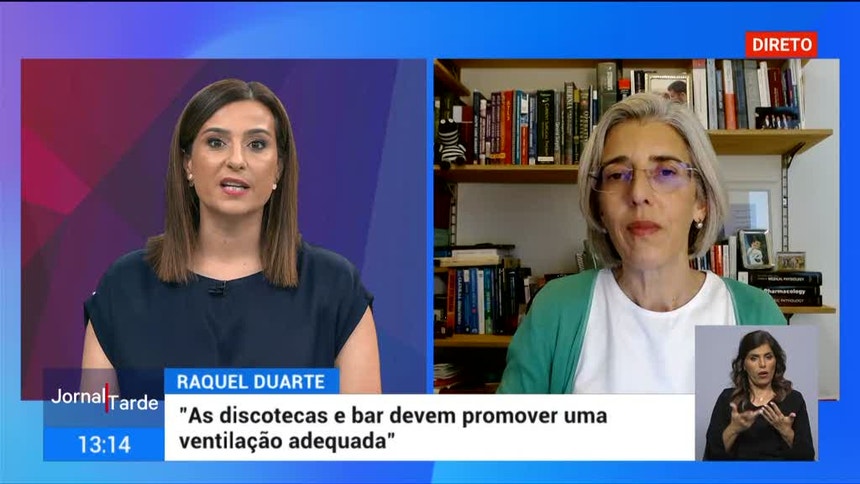 1:35 pm – INSA concludes that epidemiological activity is at “moderate intensity”

The Ricardo Jorge Institute says that the country has moderate epidemiological activity with all SARS Cov-2 indicators at the limit in the national territory. According to the Red Lines report, the average number of new cases is 125 per 100,000 inhabitants.

As for mortality, there are 9.8 deaths per million inhabitants. One percent of people present a complete vaccination schedule. 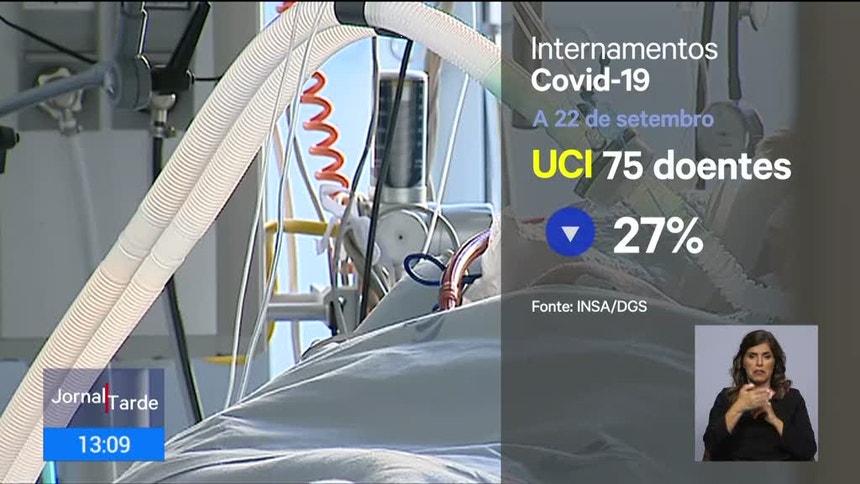 Africa has recorded 602 deaths associated with covid-19 in the past 24 hours, bringing the total number of deaths since the start of the pandemic to 209,288, and 15,106 new infections, according to the latest official data.

According to the African Union Centers for Disease Control and Prevention (Africa CDC), the cumulative total of infection cases on the continent since the start of the pandemic is now 8,230,065.

Southern Africa remains the most affected region on the continent, with 3,866,193 cases and 108,613 deaths associated with covid-19. This region is home to the country most affected by the pandemic, South Africa, which accounts for 2,894,342 cases and 86,967 deaths.

The former director-general of Health advocates a vaccination against a Covid-19 for children over five years old. Francisco George does not see any problem, as long as the safety and efficacy of vaccines are proven. 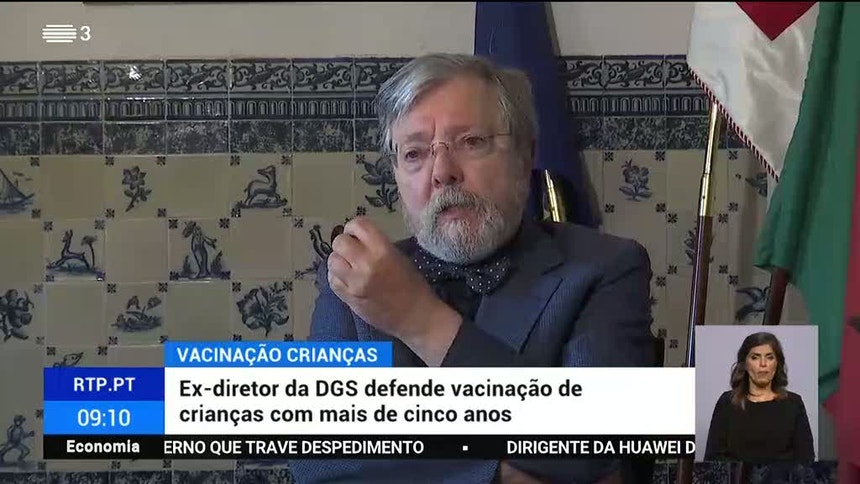 8:37 am – The Tourism Confederation believes that “the evil will have passed and there are conditions for recovery”

The President of the Confederation of Tourism believes that the sector has already gone through the worst, but considers it essential that aid come out of the paper. Francisco Calheiros warns that many of the companies are “wired”. 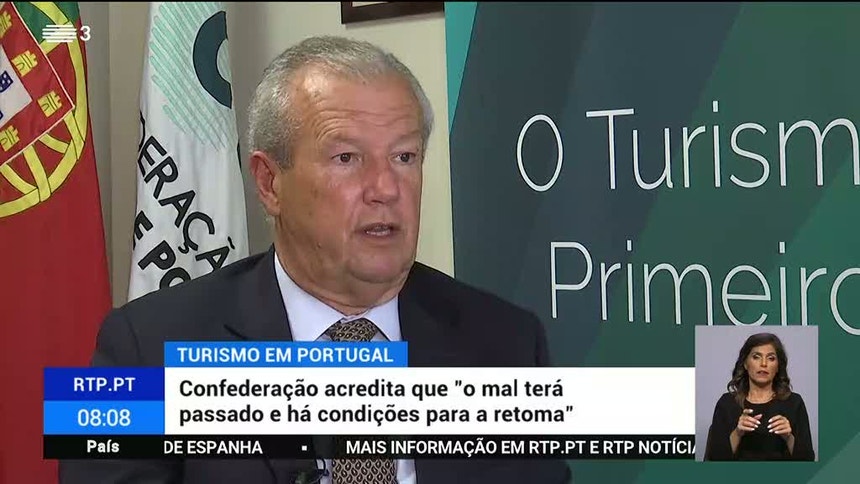 8:30 am – Government admits to extend support for the progressive recovery beyond the end of the year

The Government admits to extend support for the progressive recovery beyond the end of the year. The financial aid is intended for sectors affected by the pandemic, as is the case of discotheques, which were stopped during the year and a half.

8:24 am – Francisco George says the world has failed to prepare for pandemics

The world has failed to prepare for pandemics like covid-19, even though it has been alerted by other emerging diseases for 40 years, warns public health physician Francisco George.

Director-General of Health between 2005 and 2017, in an interview with Agência Lusa Francisco George finds it strange that it was not admitted that new ones could arise and that there was no preparation for them, in light of other coronaviruses in this century (Sars at the beginning of the century and then, in 2012, the Mers).

But Francisco George goes further, goes back to 1980, remembers the appearance of AIDS, also a disease that did not exist until then.

“What is strange about this process is that many governments, many government officials, many doctors, many citizens, do not understand the phenomenon of 1980 with the appearance of a new virus, of a new disease that had not existed until then”, he says.

8:21 am – Macau tests the entire population after infections of quarantine hotel employees

The Government of Macau announced that from this Saturday they will carry out tests to covid-19 for the entire population, during the three days, following two positive cases in employees of a hotel for quarantines in the territory.

At a press conference, Macau Social Affairs and Culture Secretariat, Ao Ieong U, explained that mass testing starts from 3:00 pm today until 3:00 pm on September 28th.

A total of 52 test sites will not be made available, with a total of 367 sampling points.

This decision by the Government of Macau extends the hours after a second positive case of a hotel security guard was detected, which the hosted persons forced to comply with quarantine under the restriction measures due to covid-19.

Macau decreed an immediate state of emergency on Friday.

8:18 am – President of the Republic hopes that “by the end of the year” life will “normalize” again

The President of the Republic hopes that, by the end of the year, the life of the Portuguese may be “normalised”. Asked about the new measures of deconfinement, announced by the Government on Thursday, Marcelo Rebelo de Sousa considers that they are “very good signs”.

Portugal will enter October with an even greater relief from the measures established because of the pandemic. The restrictions that are still part of our daily lives will be minimized and even the mandatory use of masks will only apply in places considered to pose a transport risk: public, large supermarkets, homes, hospitals and concert halls. The nightlife spaces are back to activity after a year and a half of closed doors.

Marcelo and North American presence in Portugal also have — DNOTICIAS.PT

‹ Sam Tanson at the opening of the Luxembourg pavilion at the 17th Architecture Biennale in Venice › San Marino to vote, referendum to make abortion legal