The first ever personal QUAD summit in Washington brought together US President Joe Biden, Prime Minister of India and Australia Narendra Modi and Scott Morrison, as well as the outgoing head of the Japanese government, Yoshihide Sugu.

The meeting turned out to be fruitful in terms of decisions: the parties agreed on cooperation in the field of security, data exchange and the development of 5G networks. The joint statement also talks about the intention to conduct exercises to combat the pandemic in 2022 and plans for policy in Afghanistan.

Also, the QUAD countries announced the “launch of a new Quartet partnership in infrastructure”, including with the European Union.

On the eve of the meeting, the White House says that its participants are striving to create a free and open Pacific region and are looking for solutions for this region. However, all four countries, except the United States, are united by something else – each has a territorial one – like in Japan and India – and aquatorial – like in Australia – problems with China. The United States has declared China the main threat to the world.

One for all and all against one

Because he practically guarantees the creation of conditions for the control of China.

“Judging by the latest actions – the creation of AUKUS with the subsequent breakdown of the submarine deal between Australia and France, the disputes with Germany over the Nord Stream – the United States decided to shift the focus from Europe to the Asia-Pacific region. At the same time, all steps are based on the Anglo-Saxon base, ”- Ordukhanyan Prize.

According to him, a typical US tactic is being implemented with regard to China at the moment – “they surround the country with which they are going to play the game with conflicts.”

“It was like that around Russia, and so it will be around China now,” the expert noted.

Dmitry Suslov, Deputy Director of the Faculty of World Economy and World Politics at the Higher School of Economics, believes that India is becoming its “key element” in this game against China. “It is not an ally of the United States, but it is an important element of deterrence – a nuclear power with a population of almost 1.5 billion people,” Suslov explained. 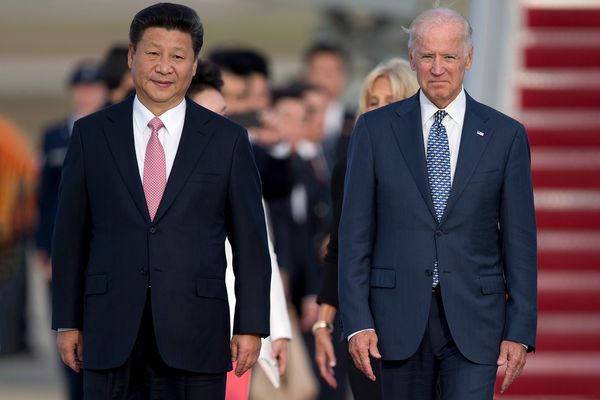 At the same time, he noted that QUAD, unlike AUKUS, uses development directed against Chinese bilateral ties between all components.

“It is beneficial for the United States that these countries strengthen relations with each other: they strengthen Japanese-Indian relations against China, Japanese-Australian relations, etc.,” the expert argues.

Why is this important for Russia?

Rafael Ordukhanyan also points out another difference between QUAD and AUKUS: the goal of this organization is not only to confront China, but also to tear India away from Russia.

“India could be a worthy counterbalance to China. – The relationship that is developing between India and Russia does not suit the United States. Therefore, they will now try to drive a wedge between us. Thousands of NGOs from England and the United States work there, and Pakistan works with the Muslim population. ”

In turn, Dmitry Suslov, that the ultimate goal of QUAD – to split the Asia-Pacific region into two camps: China and the US allies – is also not beneficial to Russia.

“We propose to build relations with all countries on a parity basis, and not according to the principle of blocks.

The united Asia-Pacific region is more profitable for us, and the American concept of the union dooms Russia to cooperate with China, ”Suslov explained.

Under such conditions, Beijing’s support from Moscow is very important, the expert is sure. According to him, the PRC for the first time found itself in the epicenter of confrontation with another superpower, so Russia turned out to be a “friendly rear”: “Without Russia, China would be completely surrounded by unfriendly countries.”

Alexei Maslov, director of the RAS Institute for Far Eastern Studies, warns against such a development of events, assuring that Russia should not enter into a military alliance with China.

“This is all the United States needs. They will immediately declare this alliance the main enemy and will start against the state in the spirit of “NATO – Warsaw Pact”, “Maslov explained.

What should Moscow do?

According to Rafael Ordukhanyan, in the current situation, Russia could not interfere in the confrontation between the United States and China, as well as deal with internal problems. This, he said, will require the state will and determination of financial groups for the expressive development of Siberia and the Far East.

“We have to play the card skillfully and get the most out of the US and China. We can now, a little bump into our players, take advantage of the respite and take care of our country.

But Lavrov, Shoigu and Putin alone will not be enough. he says. 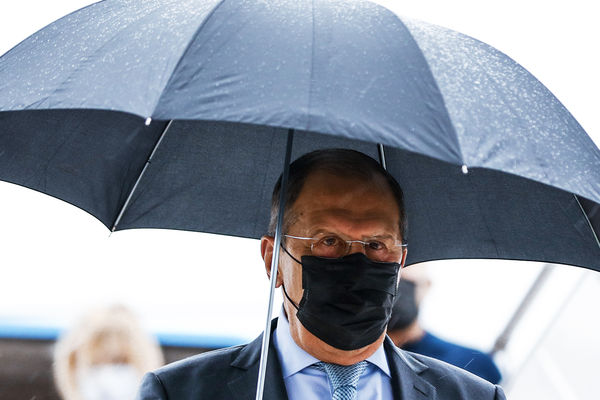 Dmitry Suslov from the Higher School of Economics believes that Russia needs to criticize the QUAD union in every possible way, but at the same time bring in relations with each of the countries that participate in it.

“It is in Russia’s interests to maintain close partnerships not only with India, Japan and Australia. It is impossible to get them out of the policy of containing China – each country has its own phobias towards this country. But it is quite possible to maintain and develop relations.

I cannot proceed from the assumption that India and Japan automatically become our enemies. This is not the case, ”the expert explained.

At the same time, Rafael Ordukhanyan warns against trying to improve relations with the United States. The expert believes that in this situation Washington can go for a trick and yield in Syria, shifting responsibility for the Middle East region to Russia.

QUAD or “Quadripartite Security Dialogue” (Quadripartite Security Dialogue) was created in 2007 at the initiative of Japanese Prime Minister Shinzo Abe, who presented the concept of an “Asian arc of freedom and prosperity” comprising the countries of Central Asia, the Korean Peninsula, Mongolia and countries Yugo. -East Asia. The idea of ​​the “anti-Chinese four” was supported by the then US Vice President Dick Cheney, Australian Prime Minister John Howard and Indian Prime Minister Manmohan Singh.

“Through the creation of the Israel-Russia-US alliance, I can, with our help, surrender this region and recognize Syria as Russia’s zone of responsibility. But this is a trap, because on the one hand, it is about cooperation, and on the other hand, it does not cancel the sanctions, ”Ordukhanyan recalled.

On the other hand, according to him, an ideal situation arises for the development of relations with European countries.

“Maybe we are even on the verge of opening the Berlin-Moscow-Beijing axis,” the expert suggested, adding that Russia is not yet ready for this scenario.

“We are not ready to pick up the situation and play our game. But this “window of opportunity” will not always be open, because Joe Biden and Boris Johnson will not always be there. Clowns will leave, tamers of predators will come, ”concluded Ordukhanyan.

‹ United Airlines expects to return to Prague in May 2022 › Beheregaray (ASM Clermont), before Toulouse, this Sunday: “Big customers in front”