The Russian national team fell hopelessly in the selection for the 1998 World Cup. Finding themselves in the weakest group, instead of quickly using the first place and a direct ticket, the team threw points in different directions. Already in the first four matches, unexpected losses – draws with Israel and Cyprus. Especially everyone was upset by the result with the second rival. The game took place in the small town of Paralimni, the strongest played for Russia, a lot of chances, but the result was 1: 1. And since the last is remembered – namely, a miss from several meters Alexandra Mostovoy at the end of the match, the subsequent decisions were built around this.

They said there was a conflict in the locker room. This version was not officially confirmed, but allegedly BYacheslav Koloskov, who was then president of the RFU, was dissatisfied with the legionnaires of the national team. And against the background of the Celta midfielder’s miss, he decided that many of them would not be on the team.

A month later Mostovoy, Valery Karpin, Sergey Kiryakov and a couple more players did not present themselves on the lists Boris Ignatiev for the match with Luxembourg. At the same time, almost everyone came to their clubs and were in good shape. Some returned, but Karpin and Mostovoy were not called to the team under Ignatiev. And again they were in it only in the fall of 1998. Anatoly Byshovets…

As a result, Russia took second place in the group, and lost to Italy in the “joints”. Karpin and Mostovoy still had the 2002 World Cup ahead, but the events of 1997 clearly had an impact.

“Many people thought I missed on purpose.” Strange blow from Mostovoy in the match with Cyprus

For the first time history with the expulsion from the national team Karpin writes: only in 1998. Although they asked him about it before. Mostovoy generally preferred to be silent. At that time, in the context of Valery, this was perceived as a refusal. After all, such a theory was promoted by Ignatiev, who told reporters that Karpin himself did not want to come to the national team. As a result, some in absentia accused the player of refusing the national team.

– In my opinion, only the head coach should decide who to invite to the training camp. Under Ignatiev, the decision was made by a completely different person. It is clear who I mean, – said Karpin in 1998.

– Koloskov?
– Exactly. He, I am sure, ordered not to let some football players approach the national team for a cannon shot. Let’s say Kiryakova, Shalimova, Kharina. I couldn’t play in such a team. Whatever Ignatiev said, his influence was negligible.

– And yet you worked for Ignatiev, refused to play after you were not called for the next qualifying match after Cyprus – with Luxembourg.
– Yes, it was so. Koloskov let me not be called. I am one hundred percent sure of this, since Ignatiev himself used to say constantly: “We are counting on you.” Mostovoy, unlike me, did not declare any refusals, but they also stopped calling him, and the most ridiculous excuses were invented.

Myself Mostovoy in a fresh conversation with the “Championship” he said that the wording about the “refusal” is not entirely correct.

– Let’s say right away: Karpin and I did not refuse to play for the national team, they simply stopped calling us. At some point, the coaching staff, the management decided that the team did not need us. After Cyprus, we were not told anything about this. We flew away, we just weren’t invited. Nobody called, explained nothing.

– Karpin said that Koloskov made such a decision. This is true?
– Honestly, I don’t remember. I did not go into this topic and did not understand it. We were not called, and it quickly became clear that nothing would change with this coaching staff. Of course it’s a shame. Karpin and I were definitely among the best players in the national team at that time. As a result, the team did not make it to the World Cup. It could have gone differently though. But, to be honest, all these backstage games were always played around the national team. They are still coming.

– You tried to find out directly from Ignatiev, what’s the matter?
– We tried. They wanted to get some kind of explanation. But then this was much more difficult. As a result, the topic came to naught. We resigned ourselves to the decision, especially since Ignatiev was no longer in the national team in a little over a year. I hold no grudge against anyone. It is clear that it is unpleasant, but now nothing can be changed. 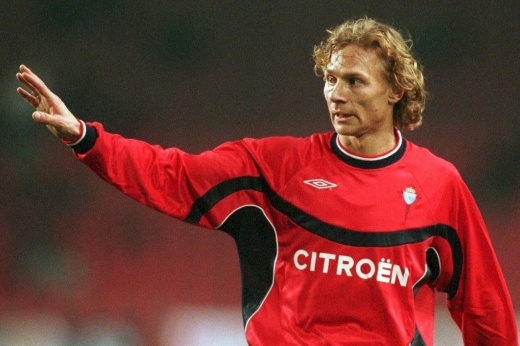 “You don’t need to pay, you won’t make money on the transfer.” How Karpin did not join Barcelona

Myself Ignatiev years later, this is how he explained the situation.

“After Cyprus, I wanted to stir up the atmosphere and take them to Mostovy and Karpin as the leading players who should lead the game, determine the mood, but they don’t. Therefore, purely on a sports basis, they did not make it to the next training camp. Then another group of footballers realized that there are things for which one must be responsible. The measures taken by me were temporary, but it turned out like that. Did I ask Karpin to come back? I asked him not to make a single rash step, no statements. How many times Onopko spoke to him! But Karpin said that once he had already “broken”, and now he would not give a “compensation”, ”he said in an interview with“ SE ”.

Honorary President of the RFU Vyacheslav Koloskov in a conversation with the “Championship” confirmed the words of Boris Petrovich and said that he had not influenced the call of players to the team.

“I don’t really remember the events of those years. But I can say for sure, I never climbed into someone else’s work. My principle is to determine the composition only by the coach. And Ignatiev himself decided who to call and who not to call. So it was with all the coaches – Sadyrin, Byshovets, Ignatiev, Romantsev, Gazzaev. That is why I called them to take care of the composition. I had normal relations with our legionnaires, although I spoke with them less often. Mostly I spoke with the players playing in Russia. But again, I repeat, the choice of the squad and the players is always the coach’s prerogative. I didn’t get into it ”. 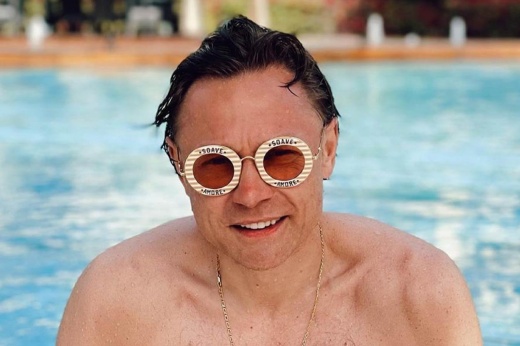 “Eats everything.” Karpin, as few people know him

Even now Ignatiev did not give detailed details of the events taking place then. And he told the “Championship” that he did not remember that conflict very well.

“After a long time, I find it difficult to talk about it. To be honest, I don’t remember the details. And this story requires precise details. Someone seemed to say something to someone, and so it happened. In any case, these are matches for the national team – there are no contracts here. The coach may or may not call. Apparently, then Karpin and Mostovoy did not correspond to the level of the national team in everything.

We need to build the future on good examples. Karpin is now in charge of the national team. Of course, he is not a saint and not without flaws. But I don’t want to talk about him negatively. I will only say that I am a clear opponent of the fact that personal relationships are in the first place, not sports. When someone is arguing with someone – with the president or the head coach. And when it goes to the detriment of the national team, it’s not good.

In general, he does not think that the coach should blame the players for playing for the national team. His mission is to guide them to the truth. And to fall on your knees and ask to come to the national team is too much. This desire should come from the heart, ”Ignatiev said.

It is symbolic that Cyprus was not only Karpin’s last match before a year and a half break, but also the last for the Russian national team as a whole. In February 2003, he ended a friendly match with this team, and a month after a month through his career. In order to beat the opponent after 18 years as a head coach.

OPEC is in the black, who is in the red? New issue of the program “International Review” – Russia in the field of population protection