It reopened Terra, Eataly Roma’s restaurant dedicated to grilled cuisine, the only Italian iteration of the format, beyond Boston and Los Angeles. On September 14, the Griglia di Eataly started again from where it left off its path of rediscovery of ancestral cuisine: from the earth, from nature and from fire. Opened in the capital in 2018, the Terra restaurant has resumed its activity with news and events.

Cooking on the grill will involve the chefs on a journey that will start on 7 October with the starred chef’s dinner Cristina Bowerman, born in Italy and lived for many years in America, will continue on November 25 with the chef Roy Caceres, of South American origin, and will end on 2 December with the Japanese TV chef Hirohiko Shoda. Three special events, during which the three chefs will bring unique dishes to the stage from Terra, dedicated to grilled cooking.

The 3 meter grill and the grilled cooking

It goes without saying that the fire is that of the imposing 3-meter grid of Earth, unique in a city like Rome. Made in five months, entirely by hand, and positioned in view of the room for about 60 seats, the Terra grill dominates fire, an ancestral element that revolutionized the way not only of eating but of living of our ancestors. Today cooking on the fire means cooking with great simplicity and taste, but for this very reason, with an almost ancient wisdom. 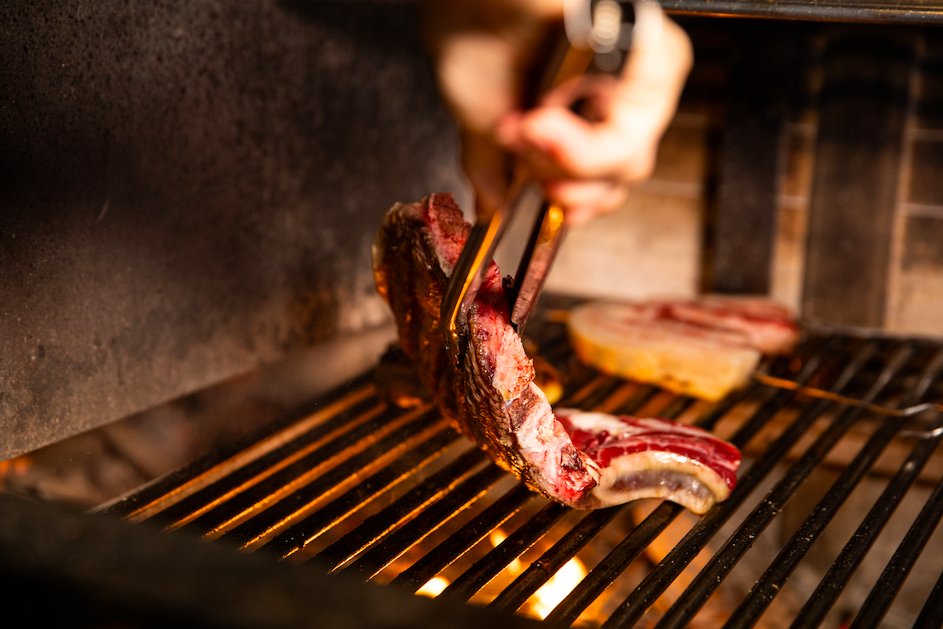 Eataly’s large grill is powered by the virgin charcoal from Leccio from Calabria, chosen for its naturalness and aroma that makes every dish of meat but also fish and vegetables unique. And again from the raw materials that are cooked on the grill, to be enhanced by the heat of the fire. Not only meat (including the Piedmontese Fassona de La Granda – Slow Food Presidium), but also fish (that coming from the cooperatives of Lazio fishermen), vegetables from the best farms in the area and beyond. All the raw materials, whether meat, fish and vegetables, are selected from the selections of the Eataly counters which favors local productions.

A la carte you can choose between La Granda beef fillet smoked in mountain hay with steamed chard and grilled carrots, Spit pork belly with vegetables and honey mustard and Duck breast marinated in mustard with grilled red onions, only for give some examples of the meats that are enhanced by cooking on the grill. 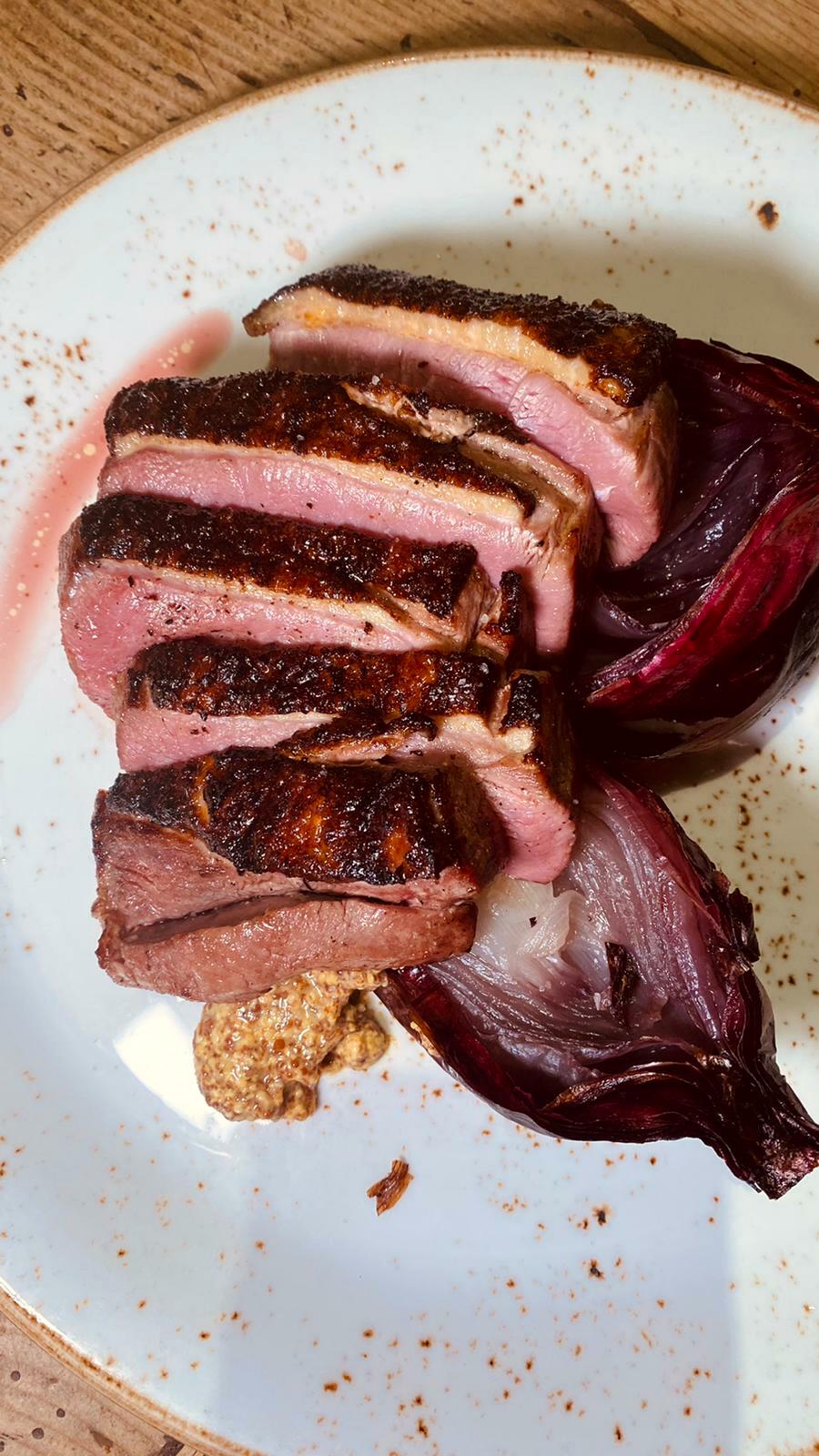 Fish dishes are also cooked over high heat, such as grilled mackerel, capers, olives and tomato soup, squid, fennel and olives and tuna with herbs. Vegetables also come from the grill, such as Violet pumpkin with grilled onion, toasted almonds and Dispensa Amerigo cooked must and grilled vegetables. From Terra there will be the best sellers of the first courses, such as the cod raviolo with grilled pumpkin from the Pastificio Secondi and the Spaghetto with smoked clams. 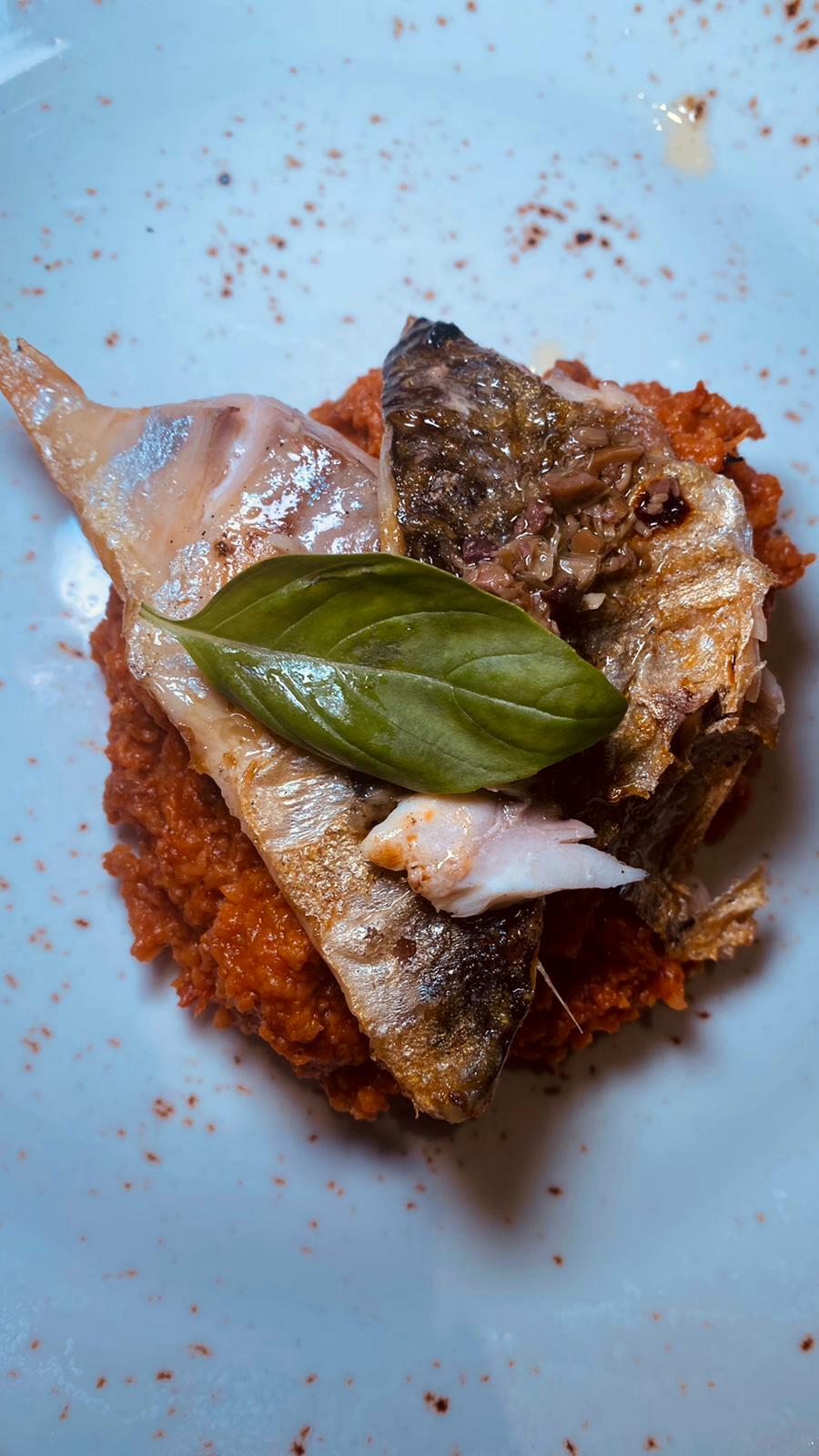 While waiting to taste the steaming specialties of the grill, you can give yourself a moment of break from Crudo, Fritto e Bollicine, the lounge area perfect for an aperitif. From oysters to shellfish, passing through carpaccio, the raw ham focuses on the selection of fish from the Eataly counter. The fried foods range from fried anchovies to cod in batter, passing through fish cuoppi.

The novelty: the shopping cart service

Many news: the first concerns the trolley with the selection of meats and fish obtained from the fresh counters of Eataly that allows the customer to choose what to grill directly at the table, enhancing the experience and involvement. Another trolley will instead be the protagonist of the wines by the glass section. He will bring around the room a selection of 10-15 wines by the glass told by the Terra boys, which will change every week. The wine list is further enriched, about 70 references that allow you to range between different itineraries and wine categories, with a careful selection of Lazio labels.

The weekly menus dedicated to the territory

In addition, every week the chef of Terra will introduce special dishes to the menu that will pay homage to local dishes, a triumph of taste enhanced by the uniqueness of grilled cooking. It starts with two symbolic recipes of the Roman world:Carbonara egg made with Olivero Claudio soft egg, on 100% organic grilled Otto Tondo bread and Cibaria DOP pecorino romano fondue, and Gricia with grilled smoked bacon made with Gragnano IGP spaghetti 100% Italian Afeltra wheat, organic bacon La Granda smoked on the grill and cream of pecorino romano DOP Cibaria.

Lavrov at the UN attacks von der Leyen: “Arrogant over Rome is like a dictator”

Roma are working on the renewal of Zaniolo, he wants to find the goal again: the last ones

‹ Vaccination bus Prague: 1,200 people received the vaccine, now it is over › Russian defaulters have conceived to withdraw their passports: Society: Russia: Lenta.ru