Pplware has been following the theme of “speed cameras”, in particular the installation of new speed cameras with new technologies. Portugal will have new radars by the end of the year, and it is a case of saying that there will be speed cameras “everywhere”.

But after all, what kind of radars are going to be installed and where?

In Portugal there are around 220 devices that capture excess speed and are distributed by the PSP, GNR, Infrastructures of Portugal, ANSR and Municipal Councils.

The National Road Safety Authority (ANSR), PSP and GNR are preparing to have more speed cameras and thus reinforce the hunt for offenders. Lisbon is also preparing to advance with a limit of 30km / h, according to the revelation of SOL. In addition to Lisbon, other cities may import such a limit, especially in areas close to bicycle paths or areas with a lot of movement of people.

According to a source linked to the process of new speed cameras ...

Lisbon will have more than 40 fixed radars, and the PSP and the Municipal Police also have new devices. Speeding - and many streets and avenues will have a maximum limit of 30 kilometers per hour - will be a completely suicidal act

According to SOL, ANSR can convince the government to the base by the generalization of shooting in both directions in Lisbon, although in many of the avenues and streets there will be two radars, one in each direction. According to what was revealed The new radar near Cordoaria, for example, can photograph up to 32 cars at the same time, by approach and distance.

In other words, the radar will pick up cars from the front and the back. And here there is a problem of privacy, because when photographing from the front you will see who is next to the driver. These radars need a range of 70 meters, much less than the 'pistols' that the PSP and the GNR already have - the Civil Police has already ordered 30 more - and which will be able to precisely define the speed at which the car goes x up to 400 meters away.

In addition to the PSP and the GNR, the Municipal Police of Lisbon may also have more radars. There are currently two cars that control speed. 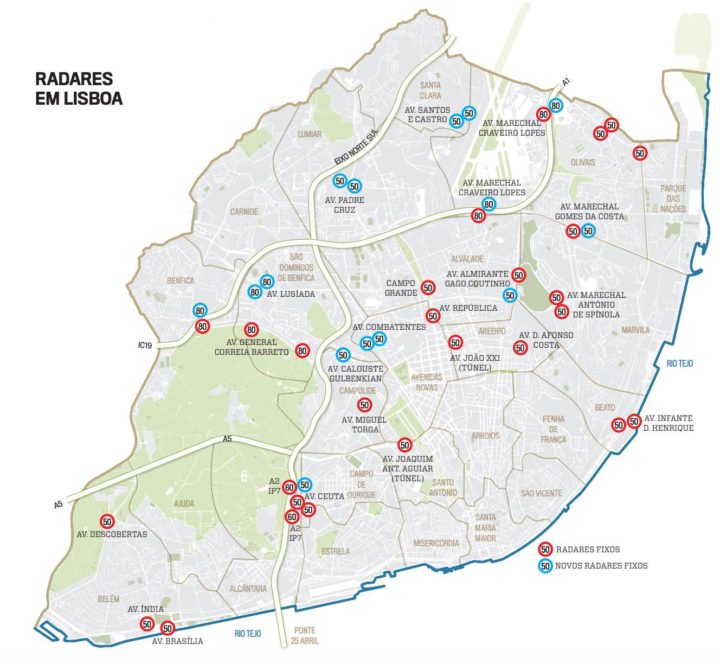 A video has been circulating on social networks in which it is possible to see an officer of the law with a TruCam laser pistol on top of an overpass. This type of radar will come into force in Portugal by the end of the year.

In Porto the scenario will be different from Lisbon in terms of quantity. According to a source, radars will only be included in two sections. 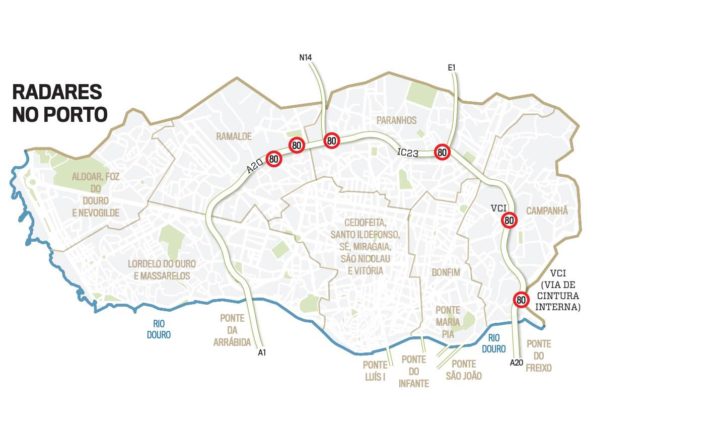 In statements to Nascer do SOL, the Ministry of Internal Administration and ANSR indicate that the process of strengthening 50 radars is in the process of signing the contract, having been awarded on June 18, 2021, awaiting a previous approval from the Court of Auditors for advance the contract.

From the moment the contract is signed, the company will have nine months to guarantee the installation of the 30 new instantaneous speed control locations. The big news will be, however, medium speed control radars in the country.

The various districts and roads that will receive the 10 new medium speed control cameras are:

Another new feature is the end of pursuits at 200 kilometers. GNR acquired new devices that will be connected to the tachograph of its vehicles and that will record the speed at which the offending car goes.

It should be noted that despite the Government's commitment to radars to reduce the accident rate, the truth is that the State collected in 2020 globally 71.1 million euros in fines related to violations of the Highway Code, not much lower than the 87 , 3 million from 2019, despite the confinement. This year, until June, it was 41.8 million euros, according to the tuning report.

THE BALL – «Portugal is a true title contender» (Portugal)

THE BALL – «Portugal champion? Everything is possible!” (Portugal)

Portugal has a democratic deficit in civic participation, says report