Russian Grand Prix – 2015: a brave Russian marshal ran onto the track in front of Sebastian Vettel 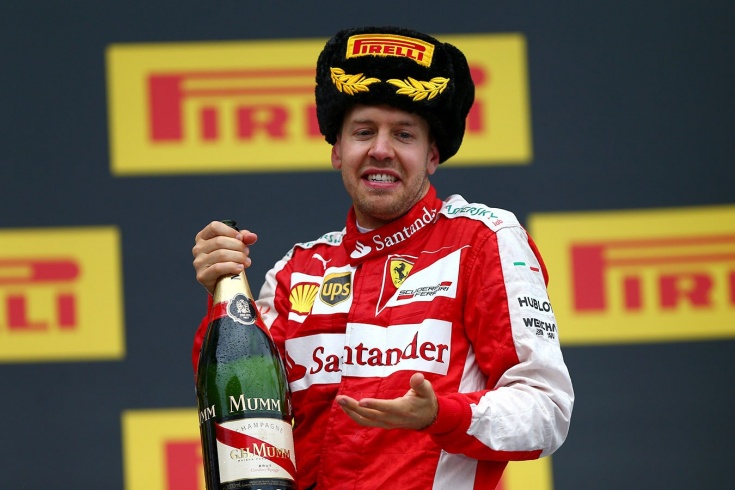 Sebastian Vettel was very surprised, but admired the courage of the marshal from Russia.

For seven years at the Russian Grand Prix, many interesting moments happened, of course, the incident in the 2015 race, when a “brave” marshal appeared on the track and managed to surprise and scare Sebastian Vettel… Let’s remember that episode.

Diesel fuel versus oil is a failure

It’s worth starting with the fact that the debut Russian stage of Formula 1 went as clearly as possible – without a hitch. All the services had time to prepare, undergo a long and intensive study. In general, Sochi 2014 turned out to be surprisingly quiet. It was, of course, the calm before the storm a year later.

It all started back on Friday, when the Grand Prix attendants made a serious mistake trying to cope with a diesel stain that appeared on the track (a leak from one of the trucks serving the track). Contrary to all instructions and common sense, one of the workers thought he would quickly clean the racing asphalt with water. The cunning plan did not work: the combination of diesel fuel and water contamination of the track finally, so much so that the racing schedule started! It took a long time and persistently to wash the asphalt – now with the correct means. 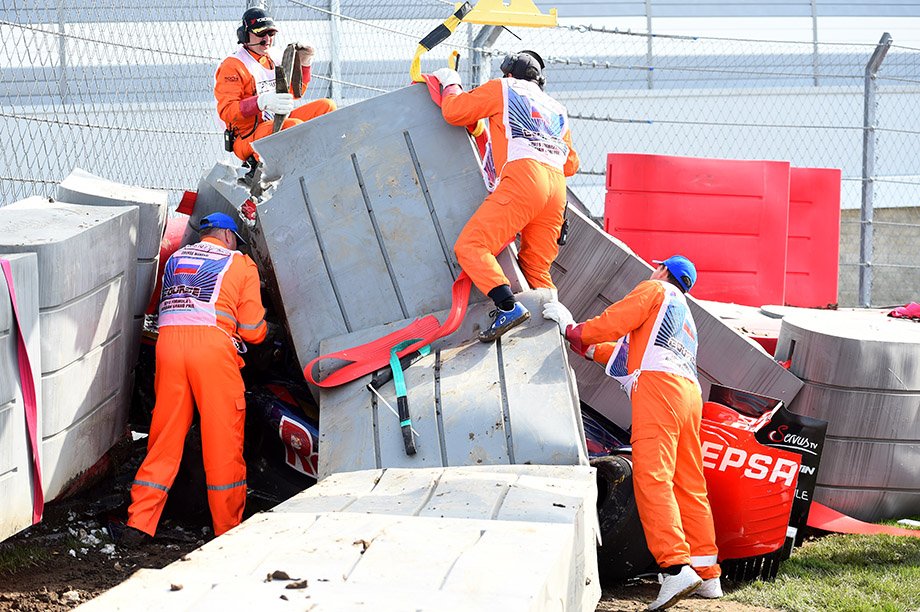 A frightening feat without an order

Well, on Sunday there was an incident invisible in the headline. The chain of events was launched by the racer “Toro Rosso” Carlos Sainz… Earlier this weekend, he had an unpleasant accident. He made a great break from the last place, but shortly before the finish line for the second time this weekend he lost control of the car in the treacherous 12th turn.

This time there was no very serious accident, but the Toro Rosso car caught the bump stop and received serious damage. Nevertheless, Sainz was able to drive it to the boxes. On the way, already in the 14th turn, a piece of debris flew off Carlos’s car, which turned out to be practically on the racing trajectory – the danger is obvious.

In such a situation, the marshals must wait for a signal from the race director – either in the near future not a single car will appear in the corner, or a real safety car has been released or the virtual mode has been activated. However, one of the marshals forgot about the rules and rushed headlong towards the shard.

The hero of the day managed to pick up the wreck and leave the racing trajectory – just a couple of seconds before Sebastian Vettel’s Ferrari was on it. Both must have been shocked!

At that moment, the German was asked if there was any debris on the track. The imperturbable Seb replied: “The track is clean, but here some very brave Russian runs across the road!” It’s scary to imagine what would have happened if Ferrari had been in the corner a little earlier … 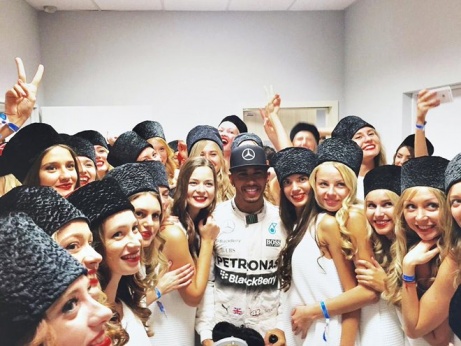 Remembering the brave Russians: what was the 2015 Russian Grand Prix

Of course, after the race, the showdown began. The marshal probably got it (since he did not die), but the FIA ​​confirmed that they did not give the Russian a command that could turn out to be murderous.

“Usually we inform the marshals about the traffic situation, and only after that they run out,” commented the F1 racing Charlie Whiting. – And I was somewhat surprised when I heard Vettel’s radio blinded by the brave Russian worker. But on the whole, the stage went almost perfectly. The pit lane marshals and judges did an excellent job and knew the rules thoroughly. ”

Well, in public Charlie remained calm and politically correct, but you can imagine what was in his soul when the incident was shown on TV.

“It was not last year’s procession.” Mass media – about the Russian Grand Prix

Primorye came to fishing on the Russian island and were stunned