Rouen, who won his first league match without a winner (3-2 against Bordeaux), is present in full for the first time this season after suffering from absences, especially in KHL. On the contrary, Nice could not line up eleven attackers for the opening of the championship in Mulhouse (3-4). Valère Vrielynck was only showing up because he was injured. The usual captain is in the stand this evening because Romain Carpentier, who suffered from adductors, is making his comeback. The lines are therefore complete but the Amiens only evolve on the fourth line, without fully resuming their usual place.

The match starts quickly with a shot from each side. The third lines face each other in the defensive zone of Nice, and Danick Crête launches a 3 against 2 counterattack. The cage is loosened during Alexis Sutor’s cross for Hugo Proux at the far post. On the following engagement, in the Rouen area this time, Radomir Heizer perfectly deflects a shot from the Crête blue line (1-0). The Azureans unite with more speed. They control the puck in the offensive zone and multiply the chances, with a good throw from Kopta, then a dangerous pass from Valtonen for Kuronen.

In the ninth minute, a knee from Brincko interrupts this beautiful flight of the Eagles. The Rouennais settled well in the power play but lacked precision in the last gesture. This allowed them to find the thread of their hockey. They build the game better and are rewarded when Vincent Nesa is alone in front of the but to take the rebound from a deflected throw from Kelsey Tessier (1-1). At the quarter of an hour of play, the duo Valtonen-Kuronen makes a splendid one-two before serving in withdrawal Crête which misses the framework: Nice serves good hockey. This nice interlude does not prevent Rouen insisting more and more with a more direct game: thirty seconds later, after a tour of the cage by Johnston, the puck emerges towards Enzo Cantagallo between the circles for a cage shot (1 – 2).

The second period started more difficult for Nice, which seemed to suffer from longer presences. But by recovering a puck on an entry to the Rouen area, Mikael Kuronen immediately launched Jakub Matai who was motivated to the blue line for a solitary breakaway, concluded in the right skylight (2-2). This equalization intervenes against the course of the game because Rouen asserts its grip by seeking more and more dangerous deviations. A fault in the offensive zone of Florian Chakiachvili on his “compatriot” from Briançonnais Lucas Bonnardel met Rouen for the first time in numerical inferiority. But the intense skating of the four Rouennais deprived Nice of the puck. Nesa then Guttig have a puck control festival in the offensive zone, and Joris Bedin gets the same better opportunity in breakaway!

The domination of the Dragons is really too clear in all the situations of play. Served by a back pass from Bedin, between the circles, Kelsey Tessier overcomes the resistance of Antoine Bonvalot by a shot at half height, side plate (2-3). Rouen is then in a strong position, in the game and on the scoreboard. But nineteen seconds later, Dylan Yeo further increased his penalty counter (37 minutes in two Ligue Magnus games…) by taking 2 ‘+ 10′ for a charge to the head. The Eagles’ first numerical superiority was catastrophic, the second is very effective. Jesse Pelamo finds Ondrej Kopta near the cage which shifts Julius Valtonen with the cage open (3-3). While Alexandre Pascal is in prison for obstruction, Sacha Guimond’s blue line missile hits the post. Nice reached the break at par with some success. 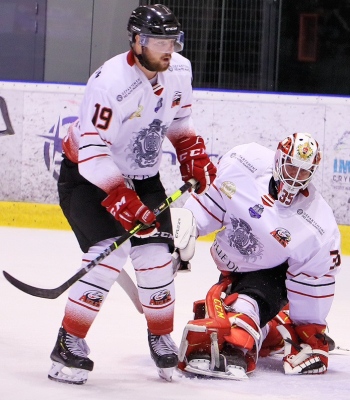 The penalties at the start of the third period do nothing. Nice did not benefit in particular from the loss of control of Chakiachvili who tangled his brushes in the blue line. Hugo Proux, who sacrifices himself well at 4 against 5, in turn makes a gift to the full return, but without the Dragons benefiting from it. On the next action, Jakub Matai offers himself a double on a new precise shot, side plate of Pintaric this time, at mid-distance (4-3). After having often made up for defensive absences last year, the Czech is celebrating his return in attack! He has already doubled his total of goals from the last league.

This goal gives wings to the Eagles, which we do not stop. Loïc Chabert found a good pass for Radomir Heizer who also passed him close to the double but did not frame this second deviation. The Dragons seem totally stunned, but wake up in the last nine minutes. David Gilbert fails to conclude in an open cage. Rouen insists and another offensive streak sends Jere Karlsson into jail. The temperature rises around the Nice cage, but Antoine Bonvalot manages to manage the rebounds with his defense. A good effort by Rémi Thomas to bring the puck back up in the opposing camp gave Nice breath to the penultimate minute. Lhenry then leaves his goalkeeper, but Jérémie Penz still clears his camp twenty seconds from the end.

As we feared in CHL, the aura of the champions of France has faded a little. Rouen, which had a series of victories at the start of the last championship, therefore fell in its second match, in an ice rink where the Dragons had never lost (they had only been beaten once by Nice, on the island Lacroix in October 2017). In a meeting which had alternated phases of domination, Stanislav Sutor’s men were finally able to better manage their weak times. Faced with a Norman attack which no longer impresses as in the past, they were able to round their backs around their goalkeeper Antoine Bonvalot, but also produced interesting offensive movements with a good performance from the entire collective.

Designated players of the match: Jakub Matai for Nice and Vincent Nesa for Rouen. 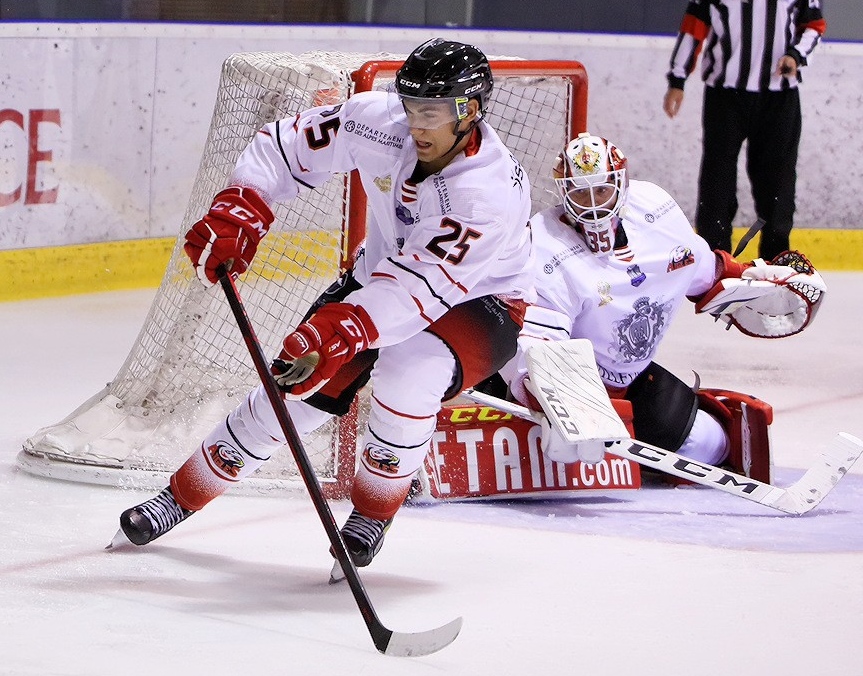 Facing Rouen, the USON Nevers wants to trigger the click

Good plan alert in Rouen! 30 euros per kilo of clothes at this vintage thrift store

‹ Russia for the first time in 13 years is represented in the final of the main culinary competition in France – Society › L2: Le Havre climbs to fifth place, Dijon relapses, and Nancy separates from her trainer