“It’s a mess that the national team that will go to the Olympics still doesn’t have a coach,” the two-time Olympic champion criticized the FHR just the day before. Vyacheslav Fetisov, and already today it rumbled – Oleg Znarok became the head coach of the Russian national team. Blimey!

“Russia still does not have a coach for the Olympics – this is a mess!” Fetisov’s harsh opinion

Although, in early September, information appeared that Oleg Valerievich would enter the coaching staff of the national team and it was he who would be responsible for the decisions. And the first vice-president of the FHR Roman Rotenberg just the other day I said in an interview with “Match TV” that it is possible to gather all venerable specialists in the coaching staff.

“The znarok is respected among the NHL players, we hope that he will rally the team. He has charisma, he is a winner. The World Championship in Minsk proved it “, – quotes the words of the President of the FHR Vladislav Tretyak TASS.

The contract with Znark is for one year, and Valery Bragin, previously held the post of head coach of the national team, will become a consultant for Znark. 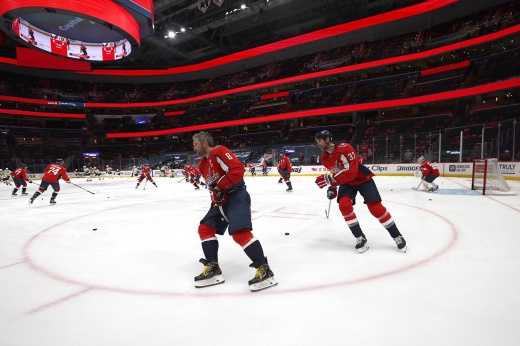 There will be a hockey festival in Beijing! NHL released players to the Olympics

After the NHL agreed to let its players go to Beijing, this decision was inevitable. If we take the last years, Znarok led the national team for the longest time. During those four years (2014-2018), he managed to do a lot in the national team and survive both victories and defeats.

In addition to the World Championships, he worked at the 2016 World Cup, where all the best NHL players were gathered, many of whom we will see in Beijing. Then Russia lost to Canada in the semifinals, but it was still a colossal experience for Znark. He has already met on the main server of the 2017 World Cup Canada by John Cooper. Russia will not play with Canada in the group, but it may well meet at the playoff stage.

The latest successes of the Russian national team in the international arena are also associated with Znark. With him, our team became the world champion for the last time (2014), with him they took the Olympics – the first since 1992. Even though there were no NHL players in Pyeongchang, and Russia was a minute away from failing in the final with Germany, gold was mined, and it was always inextricably linked with the name of Oleg Valerievich.

International experience, both difficult and happy, is not the only advantage of Znark. He is well known and loved by many NHRIs, including Alexandra Ovechkina and Nikita Kucherova, he in his own way can solve all issues with Artemy Panarin. 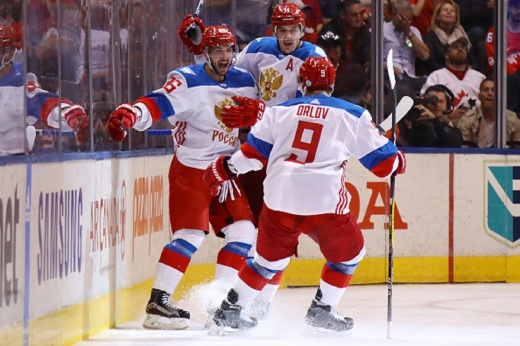 Calm outside the gate and the problem center. What will be the composition of the Russian national team at the Olympics?

There is no need to talk about Znark’s motivational talent either, when there is almost no time for preparation (NHL players will arrive in Beijing three days before the start of the tournament). quickly harness and drive.

And in recent years, Russia has also shown the nicest hockey at Znarka. There was no stiffness or stiffness in the game of our team, the players were not afraid to take a step to the right or left of the assigned task and created with inspiration. There will be plenty of creators in our team, even taking into account the deficit of central ones, and we need to play on this.

Znark had almost four years to analyze and comprehend his work at the helm of the Russian national team, draw conclusions and draw from victories and failures what should help him in Beijing.

Now that we have decided on the head coach, it is necessary to answer the next pressing question – what will Znarka’s headquarters be like. It is quite obvious that the Olympics cannot be pulled out on one main and its powerful charisma and strong assistants are needed, I have experience in playing in the NHL and against the NHL. It is already known that Sergey Zubov and Alexey Zhamnov entered the coaching staff, but it would be a logical move to strengthen others as well. Alternatively, a brilliant professor Igor Larionovwho knows about the attack, if not everything, then almost everything.

And, probably, the main thing. I knew the last Olympics, but you shouldn’t hang the label of a savior on him in advance and demand only gold and nothing more. The problem with the centers has not gone anywhere (although the FHR is working to reduce the disqualification Kuznetsova), Canada is still strong, the USA is cool, powerful teams will be brought by the Swedes and Finns.

The znarok is simply the most savvy at the moment, he went through fire, water and copper pipes and knows what it is like to lead a team against the best in the world, how to lose and heroically save, how to deal with Canada and concede. And now he has a chance to return and show that the past experience has not passed without a trace.

Russia has developed the best super fighter in South Asia

The United States has found no indication that Russia has used nuclear weapons in Ukraine.

‹ Finally, Handball-Norway: Back to normal! | handball.no – Norwegian Handball Association › Swedish veteran in Afghanistan: We betrayed those we were supposed to protect