Miniatures and giants of Ecuador: They exhibit orchids in the Botanical Garden in Prague

The treasures include one of the tallest orchids of the genus Sobralia from tropical America. Sobralia grows highest in the Peruvian Andes. The maximum measured length of its stem reaches a height of about 13 meters. “However, it is extreme, the usual height is usually around five meters. The one that can be admired at the exhibition is 2.5 meters high, ”Says Romana Rybková, curator of tropical plants. The reed stems of this orchid produce large colorful flowers that bloom one day.

But there are many other sights in the greenhouse, such as orchids with the smallest flowers in the world, others with the strongest scent. A large number of hybrids are also a feast for the eyes, such as the richness of the blooming orchid of the genus Cattleya and Oncidium, which originate in species from Ecuador. A rarity of the exhibition is the orchid Cleisostoma yersinii. He discovered it in Vietnam and gave it the scientific name of the working Botanical Garden in Prague.

The most numerous group

The Pleurothallidinae group is a part of Ecuadorian orchids. It is very diverse and the largest in the world. It numbers more than 5,000 species. Occurs only in tropical America. Most of them are rather small plants, whose flowers often measure only a few millimeters. These include species with the smallest flowers in the world. J.One of the miniatures is the Ecuadorian orchid Epidendrum avicula. In nature, small orchids are often overlooked for their inconspicuousness, so new, as yet unknown, are discovered every year. The huge group of small-flowered orchids also includes the miniature pleurothallis correllii.

Big as a human

Currently, the largest of the nature orchids that bloom in the greenhouse is Renanthera matutina. It comes from the Philippines and reaches the height of an adult.

Renanthera matutina is as big as a human

Large striking orchid Plectrelmintus caudatus from Madagascar is very rare. It is one of the most endangered you can see at the exhibition.

Brassia longissima is one of the longest orchids. Due to the long petals, which can reach more than 20 cm, it is also called a spider. It is a typical orchid of the Andean forests.

Hybrid orchids are the most popular among people. “We have them at the exhibition mainly to maintain the magnificent orchid spectacle. Native species often bloom for a shorter time and throughout the year. That is why there were not enough of them at the exhibition, “Romana Rybková for the time being. The pink orchid Cattleya bowringiana is also a beautiful hybrid

Cattleya bowringiana is the most popular orchid among humans

Maxillaria grandiflora is a large-flowered mountain orchid from Ecuador. The petals are as solid as wax. 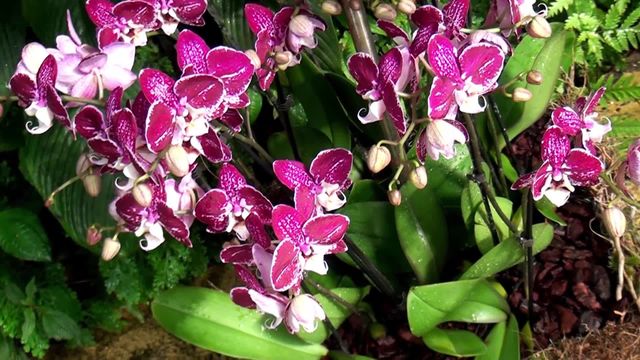 Choose an orchid that fits exactly into your apartment 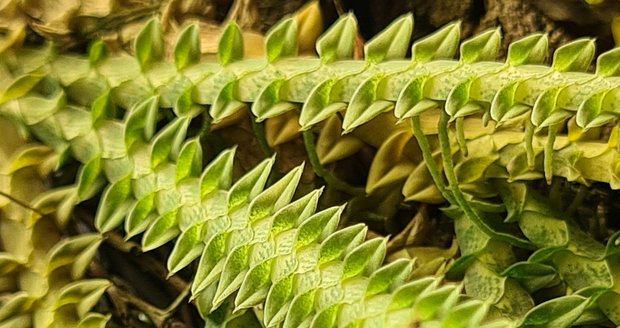 Thousands of orchids can be seen in the Fata Morgana greenhouse

Retro Museum Prague: The exhibition recalls how Christmas was celebrated in the 70s and 80s

‹ Weather report. A very beautiful autumn day, Friday, in Toulouse and in Occitanie › Rugby World Cup at the Toulouse Stadium: the pitch must be lengthened and widened