If we find the culprit, he will not cut himself on the market, says Mayor Ptáček about the oil stain on Jiřák | Prague 3 | From the region Pražská Drbna

In the last few days, a long oil belt appeared on Jiřího z Poděbrad Square in Prague 3, which covered almost the entire square. The mayor of Prague 3, Jiří Ptáček (TOP 09), pointed out the problem. According to him, the costs of decontamination and cleaning are around 70 thousand crowns. The city district is looking for the culprit.

The oil spilled out of the Prague Services car

It is necessary that almost no one has a permit to drive around the square, the management of Prague 3 tried to find the culprit among cleaning companies. Based on camera recordings of Prague police officers, it was found that oil had leaked from the cars of the Prague services, which exported rubbish bins to the square.

“I understand that such an accident can happen. I no longer understand a man who, in the colors of a cleaning company, walks behind that car for thirty minutes and watches oil flow out of him without solving the matter. And he’s definitely in the morning when he leaves the place, convinced that he’ll get through it all, “Mayor Ptáček wrote on Facebook.

Prague’s Drbna has launched a series of interviews with mayors. We talked with the mayor of Prague 3, Jiří Ptáček (TOP 09), about the condition in which he took over the town hall in 2018, about the changes achieved during his period at …

According to the mayor, however, the management of the Prague services took the lead in the whole matter and, after the culprit was discovered, cleaned the square for two days. Ptáček adds that the oil does not come directly from the vehicles of the Prague services. Someone threw oil in the trash in the square. It was a vegetable oil for frying and it was estimated at about fifteen liters.

According to the spokesman of the Prague services, Radim Many, a specific employee was strongly warned to prevent any similar situations and thus prevent their occurrence. “We are very sorry that this situation has happened, but at the same time I would like to appeal to the citizens not to put containers of used frying oil in ordinary street baskets, because then a similar situation can arise,“He introduced it for Prague’s Gossip Radim Mana.

According to Many special, collection containers or collection yards are the only right choice. The spilled oil can also be disposed of in a mixed plastic container in a closed ideal container. 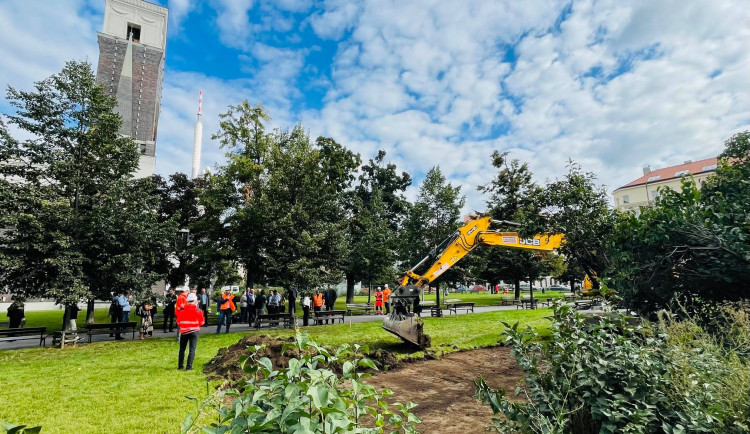 Today, the Jiřího z Poděbrad metro station in Prague started a complete reconstruction, during which new lifts for wheelchair users and parents with prams will be created, the transport company (DPP) will replace escalators and leaks and other parts of the station will be repaired. Repairing …

“If we find the culprit, he won’t cross it out anymore“

It is necessary to have a garbage truck in it forgot the press, which crushed the container, the oil spilled out. How to help the mayor himself, this is exactly an example of how oil should not be used. It belongs to special baskets. There are only three of them in Prague 3 so far, but according to Ptáček, there should be up to twenty of them on Trojka by the end of November.

Immediately after the publication of the article, people will start asking, for example, who will pay for the cleaning. According to the mayor, the entire Prague Service event is valid. Ptáček then adds that the total price is for the interventions of firefighters who sprinkled their entire area with sorbent and for practically two days of cleaning the entire square.

“They have learned the specific culprit and we will try to make it happen again in the future. We suspect the cause of the oil and we are investigating the situation. If we find the culprit, he won’t cross it out anymore, “He said for Prague Gossip Jiří Ptáček. The mayor soon adds that he cannot stop offering any street food on the market just to avoid various risks. “We could gradually ban everything, “He added.

First league table tennis players from Zlín did not do well