Foreign media reported last week that Mali officials were negotiating with the Russian state military company Wagner to deploy its employees in the country. The Kremlin denies that the Russian military is present in Mali, as the fact itself speaks. Presidential press secretary Dmitry Peskov said that he was not aware of contacts between the Malian authorities and PMCs.

Despite this, France, which has been stationing Foreign Legion fighters in Mali since 2013, has officially informed Russia of the consequences of Wagner’s possible presence in the African country. French Foreign Minister Jean-Yves Le Drian informed his Russian counterpart Sergei Lavrov about this during a meeting on September 23, the press service of the French Foreign Ministry reports.

What was the essence of the warning is not specified.

Le Drian, as Reuters knows, called the activities of the PMC “incompatible” with the presence of the French military in the country. Later, French Armed Forces Minister Florence Parly told Le Monde that, in talks with the Malian transitional government’s defense minister, she threatened them with “international isolation” in the event of a partnership with Wagner that would lead to a “reduction in sovereignty” for Mali.

About the consequences of attracting Russian mercenaries Mali is also attracted by the attracting Baltic states and the European Union. Another conversation on this topic took place between the head of EU diplomacy, Josep Borrell, and the head of the Mali Foreign Ministry, Abdoulaye Diop, during the UN Assembly. In particular, Borrell stated that the European Union values ​​Bamako as an important partner, but Wagner’s invitation contradicts the EU’s position.

At the same time, Mali does not officially confirm the deal with the PMC, but the representative of the country’s Ministry of Defense did not deny that the authorities intend to “sabotage their relations in the medium term to ensure the country’s security.”

“We have not signed anything with Wagner, but we are negotiating with everyone,” AFP quoted him as saying.

France has been conducting missions in various peacekeeping formats in Mali since 2013; some also involve the British military. As a result of two military coups in Mali in the summer of 2020, President Ibrahim Boubacar Keita was overthrown, a year later, President Emmanuel Macron announced that France was restructuring its operations in the region.

It didn’t mean it. Macron explained this measure by the fact that the French presence in Mali no longer corresponds to the “reality of hostilities.” In fact, Paris exercises its control in the country exclusively for anti-terrorist activities in the system of the international alliance, and cannot take control of large territories of a number of regions. Macron noted that France’s military presence in the country cannot last forever, and Africans independently take care of the security of their territories. Before that, Paris strongly condemned the latest coup in Mali. 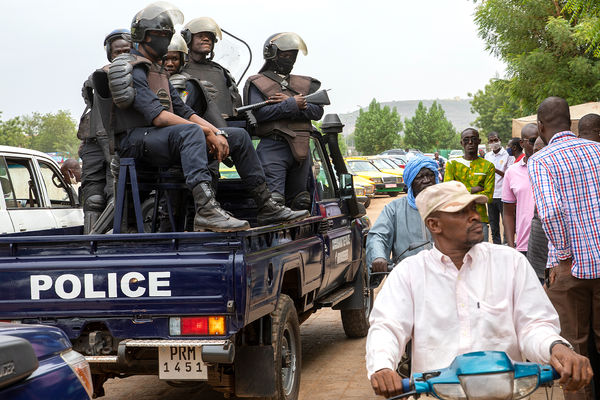 After that, talks began about a possible PMC “Wagner” in the country. Daniel Eisenga, a researcher at the African Center for Strategic Studies, suggested that the military junta is interested in inviting mercenaries to be transferred to power, and not in restoring constitutional democracy.

“Building relationships with other international philanthropists like Russia could pave the way for this,” he explained to Al Jazeera.

At the same time, local citizens condemn French policy in Mali. They believe that their presence in the country is based only on the desire to use local raw materials, and Paris is unable to contain violence in the country and pursues its own hidden goals. Back in the spring, at civil rallies, Malians took to the streets with Russian flags, the presence of the Russian military in the country.

This is to distance the authorities from Paris and the growth of sympathy for it, including thanks to the agreement on military cooperation in Moscow signed between Mali and Russia in 2019.

Dmitry Medvedev: “Russia will use nuclear weapons if necessary”