The FutureCity project specifically includes specific steps that Prague should take in the near future and what innovations the city company should launch in the coming years, such as Prague Waterworks and Sewerage, Prague Collectors, the ICT Operator or the Technical Communication Administration.

“During the trip, people visit, for example, a traffic exchange or a biological wastewater treatment plant,” says Pavel Renčín, marketing director of Active Radio, on behalf of the organizers.

A tour of Prague in the near future to visitors to the city in the form it should take within a maximum of five years. At the same time, the tour also includes many projects that are already being worked on in Prague. “In the future, thanks to the coordination activities of the ICT Operator, people will be able to recharge their electric cars at public lighting lamps, for example,” says Jaromír Beránek (Pirates), the representative of the capital city of Prague.

The patronage of the Comic-Con Prague 2021 festival was taken over by the mayor of the capital city of Prague, Zdeněk Hřib, in the same way as last year. “The virtual tour is a great opportunity to see with your own eyes where we are heading as a city and what technological gadgets we can look forward to soon,” he said.

The Comic-Con Prague Festival is based on a proven foreign concept, which is known all over the world and has a long history. The first took place in 1970 in the United States.

Comic-Con Prague 2021 is aimed primarily at fans of science fiction, fantasy and horror. The festival, which is also attended by other film actors and artists, such as actor Ray Stevenson, known from the film King Arthur or Crystal Reed, who starred in the film Skyline or in the series Wolf Cub.

The participation of Christopher Lambert, whose fans know mainly thanks to the roles of Connor MacLeod in the film series Highlander and Lord Ryden in the film Mortal Kombat, has already been confirmed. 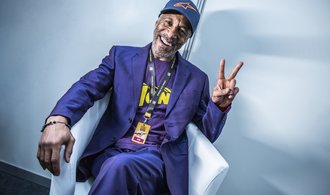 Prague is preparing for the top EU summit. Security will also be provided by snipers — ČT24 — Czech Television

This week, the Czechia is expecting a summit that it has never experienced before. “Drivers, avoid Prague,” warns Pojar

‹ Prague wants to buy real estate from the Czech Post for hundreds of millions. They will also serve as schools › In Toulouse, “Nobody can resist Jean-Sébastien Bach” with Passe ton Bach first