The road pirate was rushing around Prague in a luxurious Bavarian at murderous speed. The video, which appeared on the foreign page of fans of German brands on Sunday, captures a car that is drifting on Hradčanské náměstí – it skids it, the engine revolves and you can hear the squeak of the wheels. Still, a crowd of tourists watches him in disbelief. He continues to drive dangerously – he drives through the streets of Prague and drifts. It crosses a solid line several times and gets across several lanes to the room, the longer the risk to traffic safety!

A wave of emotions

The post on the Internet provoked contradictory reactions. BMW lovers praised the car’s features, but many commentators strongly opposed the driver’s aggressive behavior. “This way of driving should be practiced on the racetrack. The driver of the video may be a pro, but he just encourages other wannabe machers to compensate for their small penises.“One of the fans was heard.

Did the driver even realize the danger? We asked traffic expert Roman Budský from the Vision 0 platform. “The BMW driver clearly knew it didn’t belong on the road, but he knew nothing would happen. He was sure of that, he didn’t expect anything to happen. “ said Budsky after watching the video. According to him, there was a lot of danger, because the surface could change during such drifting. In addition, there is a risk of the car overturning when driving sideways. In addition, drifting damages not only the tires but also the road surface. According to Budský, the video can also provoke and inspire people who will also want to try it. However, they no longer have to be so successful and their ride can end up with a crash.

The opinion of the BMW driver is clear to the traffic expert. According to him, unbalanced people behave behind the wheel in this way. “This is an extreme manifestation, I need people who suffer from an inferiority complex.” added Budský.

Budsky also warned that such dangerous behavior is severely affected in a number of states – due to similar drivers who drifted at roundabouts, for example, Saudi Arabia recently confirmed. According to Budský, they received heavy fines for this and their vehicle was even confiscated for 14 days. With each subsequent offense, the fine increased until these drivers eventually ended up in prison and the car was confiscated. In addition, the cases of these drivers are made public, in a deterrent case.

However, the BMW driver from the video avoids retribution. “The video dates from 2016, so the offense is time-barred and the case has been postponed.” police spokesman Jan Rybanský told Blesk, adding that there was one year to resolve the offense. 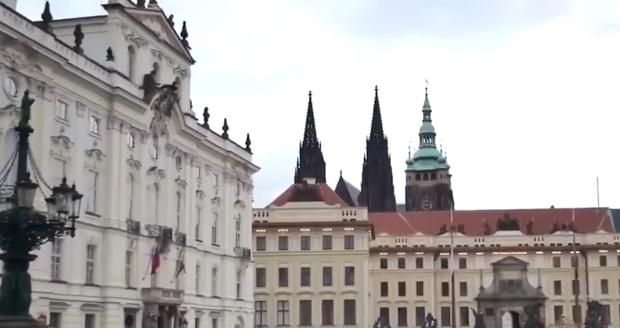 The BMW driver was in Prague. He then posted the video on a social network with a dangerous ride threatening his surroundings

Culture in the heart of Prague will present young musical hopefuls

In Prague, they opened a center for the development and tests of space and aviation technology | Education | News | Prague Gossip

Tips for a weekend in Prague: visit a design festival, go for soup or enjoy a candlelight vigil

‹ Metronome Prague Festival | Prague Exhibition Grounds Holešovice › Containers with restaurants have replaced the market, and neighbors are bothered by noise and odors