“Faced with the climate emergency, jI find it harder and harder to look at myself in the mirror in the morning and pretend everything is fine. Manufacturers like Airbus and Boeing are announcing new planes in 2035, over extremely long time scales. At Universal Hydrogen, we believe that retrofitting existing fleets to integrate hydrogen responds to this climate emergency “, launches Pierre Farjounel. After studying environmental engineering at Paul-Sabatier University and spending 13 years at Airbus, this Toulousain is the general manager of European operations at Universal Hydrogen. The Californian company has just announced the establishment of an engineering center in a hangar at Toulouse-Blagnac airport.

Universal Hydrogen will take up its quarters in Hangar 16 at Toulouse-Blagnac airport (Credits: Frédéric Scheiber).

Hydrogen capsules for integration into ATRs

Founded a little over a year ago by former Airbus CTO Paul Eremenko, Universal Hydrogen had the idea of ​​developing hydrogen capsules to be integrated into a compartment at the back of a transport aircraft. existing regional, type ATR72 or Dash 8.

“Our goal is to solve the major logistical challenge posed by hydrogen.” Hydrogen in airports. With our solution, the capsules are filled by hydrogen producers and they can be transported by the normal freight network to all airports “, suggests Mark Cousin, CTO of Universal Hydrogen and especially the former technical director of the Beluga program. Airbus XL (the startup also has the former boss of aircraft manufacturer Tom Enders and former sales director John Leahy on its strategic committee).

“We are going to create a compartment at the rear of the aircraft with an access door that will accommodate four modules each containing two hydrogen capsules (each module weighs 400 kg). It will be possible to use the equipment This makes it possible to switch to alternative fuels without having to ask permission from the aircraft manufacturers. “

The integration of a compartment for the hydrogen capsules will require a slight reduction in the number of seats. “But even with 10 or 12 fewer passengers on an ATR72, the cost of hydrogen will still be lower than the cost of kerosene. It will be the same for maintenance “, assures Mark Cousin.

Certification hoped for in 2025

Universal Hydrogen plans a first flight of its innovation next year and aims for certification in 2025. The European aircraft manufacturer, for its part, is working on a completely new aircraft design.

“We are not fighting against Airbus or Boeing. Our work could help them to remove a large part of the uncertainties that the latter could have before putting a hydrogen plane on the market”, comments Pierre Farjounel.

The aviation industry pushes governments to accelerate the energy transition 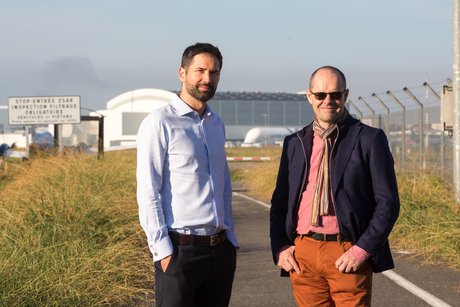 Universal Hydrogen draws a parallel with the Nespresso business model with its capsules.

“When Nespresso started to launch the coffee capsules, the group was forced to make coffee machines so that it was technically possible. We will do the same with regional planes adapted to the use of hydrogen. Ultimately, our goal is to become a supplier of hydrogen capsules for airports around the world. Our role will also be to optimize the supply chain by making the link between hydrogen producers, freight and airports “, explains Mark Cousin.

For this project, Universal Hydrogen has already established partnerships with the supplier of electric motors Magnix and the producer of fuel cells and green hydrogen Plug Power. Customer airlines will have the choice between two types of capsules: gaseous hydrogen or liquid hydrogen. “The gaseous hydrogen will allow the device to have a radius of action of about 700 km or an hour and a half of flight. Liquid hydrogen (or cryogenic) has the advantage of widening the radius of “action at 1,000 km or two hours of flight. The downside is that the capsule filling time will take almost 2 days and the logistics chain to deliver this liquid hydrogen is much more complex “, continues the CTO.

A hangar with access to the slopes to renovate

While the Universal Hydrogen teams in California are already working on gaseous hydrogen, it will be up to future engineers from the Toulouse engineering center to study the liquid hydrogen option and its integration into ATRs. The young company has just become a tenant of hangar 16 at Toulouse-Blagnac airport.

“Several factors explain the choice of Universal Hydrogen to set up in Toulouse. First, to be close to the players in the aeronautics sector and they are practically all here. Then, the Occitanie region has shown the need to put in place a strategy around hydrogen. It is extremely favorable to the arrival of an additional player who will allow it to make the link between the hydrogen strategy and the players in the aeronautics sector. The technical skills center is absolutely incredible. that Toulouse is a city extremely attractive for the implementation of this project “, pleads Pierre Farjounel. 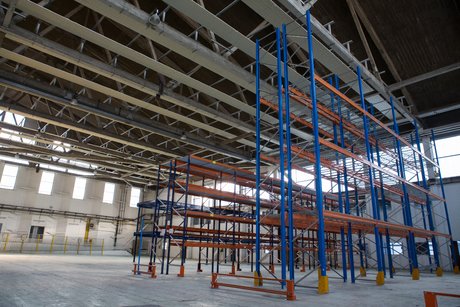 The hangar will be completely renovated in the coming months. (Credits: Frédéric Scheiber)

Universal Hydrogen now has a hangar with direct access to the runways at Toulouse-Blagnac airport. ATB will even finance the work of renovation of the building. The large volumes will be kept to allow airplanes to enter and offices will be fitted out. The operation should begin at the beginning of October with an entry into the places scheduled for the first quarter of 2022. In the meantime, the startup will occupy the premises of ATB. Universal Hydrogen is already starting to recruit with six currently open positions (including cryogenic engineers). The company expects a Toulouse workforce of 25 employees from the second quarter of 2022.

After raising $ 20 million since the start of the year, Universal Hydrogen is targeting a new, more substantial funding round at the end of 2021.

Toulouse: with a board from the old Ponts-Jumeaux stadium, he creates a collector’s knife from the Stade Toulousain

‹ “A voice for San Marino”, challenge for a place at Eurovision 2022 › Semelová distributed leaflets in Prague. We killed people here, he threw passersby at her