E-shops flooded the Czech halls. The shortage of space is the greatest in Europe

There are only 4.6 percent of vacant space in European industrial parks. According to the latest data, the BNP Paribas real estate division remains in the Czech Republic with 2.2 percent. A similar shortage of warehouses exists only in Denmark, where vacancy is also well below three percent. According to Savills, new premises are also hard to find in Spain, especially around Barcelona, ​​and in the Scandinavian capitals of Oslo and Helsinki.

The only large hall for which real estate agents are currently looking for tenants is located in Prologis Park in Rudná near Prague. “Currently, I use it at Sportisimo, which will move to Ostrava next spring. A total of 24,000 square meters will be ready to move in for the new tenant, which is a rarity due to the current situation on the Prague market, “says Lukáš Svobodník, director of the industrial department of the consulting company Colliers International.

According to Colliers, in the second quarter, there were vacancies in the metropolises and surrounding areas for immediate occupancy in only eight industrial areas, which halls over five thousand square meters were available in only three locations.

The reason is, as in other European countries, a huge wave of demand, both from tenants and investors. Leases and purchases of industrial sites in the first half of the year climbed about 60 percent higher in Europe than the five-year average.

“For the whole of last year, 1.37 million square meters of industrial space were leased in the Czech Republic. By the end of June this year, it was almost 1.2 million. It is therefore certain that 2021 will be a record year, “says BNP Paribas Real Estate’s analysis.

Material is missing, plots are running out

The operators of logistics services and companies from the e-commerce and retail sector are particularly appetite. For example, in the first half of the year, the Okay chain leased over 50,000 square meters in VGP Parks in Prostějov and Vyškov, from where it supplies the Czech and Slovak markets.

Retail also affects current construction. Developer GLP is building a 36,000 square meter hall for the internet giant Alza in Chrášťany near Prague. The warehouse complex in Bor u Plzně, backed by the development company CTP, is almost double. It will be staffed by the expanding logistics service provider for dm drugstore Loxxess. 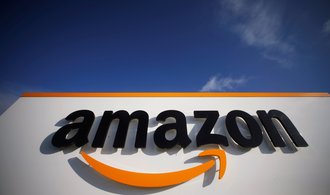 Amazon has recently announced the construction of another distribution center near Kojetín in the Přerov region. The four-storey giant hall, built by investor Accolade and developer Panattoni, will have 190,000 square meters of leasable area.

“Despite robust construction, the market is facing deadlines due to higher prices for building materials and a lack of capacity, and therefore insufficient space. In combination with the absence of development land and their price increase, we are seeing an increase in monthly rent to the level of 5.3 euros per square meter, “adds Dušan Drábek from BNP Paribas Real Estate.

In the middle of last year, however, the monthly rent in modern industrial and logistics real estate in the Czech Republic was at the level of 4.7 euros per square meter.

“Next time I’ll take a bath in the bath.” Criticism of the prices in Aquapalace Prague

HC Sparta Praha » In the final, Liberec will close on the ice

‹ Thanks to 50,000 AUSTRIA readers for the start › Conference on… quality of life in Athens and offers for fast internet