“This is a unique investment opportunity. From the first day of the publication of this offer, we noticed interest from foreign investors. I believe that through an electronic auction we will be able to find a new owner who will find meaningful use for this exceptional complex, “says Kateřina Arajmu, General Director of ÚZSVM. The deposit is 20 million crowns, the minimum price increase is 200,000 crowns. At the beginning of the auction, at least one of the bidders placed a bail, so the auction could begin – if it did not, it would be canceled.

The current tenant of the building can still speak to the result of the auction, according to the statement of the spokesperson of ÚZSVM Michaela Tesařová. The Office will turn to the tenant to exercise his pre-emptive right and call the bid in the auction within three months. “If he fails to do so, the ÚZSVM will enter into a contract with the winner of the electronic auction,” tell the speaker. The office will contact the tenant even if the bid does not fall in the auction to submit a bid in the amount of the starting price. If the tenant does not show interest in the Broadway Palace, according to Tesařský, ÚZSVM is ready to announce another round of the electronic auction with the same minimum price as in the first round of the tender.

ÚZSVM took over the Broadway Palace complex in 2016 from the then State Railway and Transport Administration (now the Railway Administration). According to the law, the office first offered the palace to other state institutions, but none of them showed interest in it, according to the ÚZSVM. Therefore, according to ÚZSVM reports, the office is now looking for a new owner of the palace through a transparent tender with an electronic auction.

“This sale is completely unique even in terms of the announced amount. This is especially the sale with the highest minimum price in the entire history of ÚZSVM, “before Arajmu. So far the highest amount, and up to 790 million crowns, according to the state office, from the sale of the complex on Republic Square in Prague. Another of the highest amounts was brought by the auction of the Prague complex U půjčovny, which was sold for 355.1 million after 100 bids.

History of the palace

Broadway Palace is located between Na Příkopě and Celetná streets. It consists of three interconnected tricks, which include shops, theater, restaurants and offices. According to documents on the ÚZSVM website, the building has a total of 5,375 square meters of office space and over 3,000 square meters of retail space, including areas used by the theater. The complex was built between 1936 and 1938 as the Sevastopol Palace, whose authors were the architects Bohumír Kozák and Antonín Černý. The building first served the needs of Italian savings banks in a part of comprehensively located apartments. A cinema was established in the basement in 1938, and its premises are now used by the Broadway musical Theater. After 1980, the building was converted into administrative services.

ÚZSVM was established in 2002 and, in addition to the administration of state property, the Czechia represents the place of other state organizational units in legal disputes concerning state property. The main source of income for the office is the sale and lease of land, buildings and structures, as well as funds that fall to the state from the so-called deaths of the dead without heirs. Last year, the Office’s revenues fell by six percent year on year to 1.39 billion crowns. The most successful year for ÚZSVM was 2015, when it received 1.93 million in sales. In February 2018, the Office launched an electronic auction system, in which, in mid-March this year, it held 11,742 electronic auctions, of which the state received 960 million crowns. 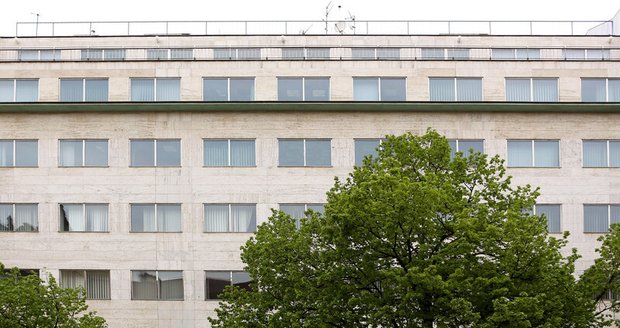 Birch on the threshold of the farewell season. I’m looking forward to finally show the little one to ours