Among the data that the Belarusian authorities preferred to hide from the general public, first of all, there were data on mortality – their Belarusian Statistical Committee (Belstat) has not published since June 2020, that is, almost the entire coronavirus pandemic. As a result, Belarus is the only country in Europe that has not published the death toll for 2020.

In addition, Belstat recently hid statistics for January-May 2021 on the turnover of some export goods. Data on mineral and chemical products, plastics and rubber, vehicles and machinery. It was these goods that came under the sanctions of the European Union.

Secret data is not new for Belarus

However, this is not the first time in Belarus. Director of the Belarusian Economic Research and Education Center BEROC Katerina Bornukova notes that Belstat has always been a closed department. “For a long time, figures on unemployment according to international methodology have not been published,” she notes. And the head of the Belarusian project “Costa Urada” (koshturada.by), an expert on data, Vladimir Kovalkin, reminds that the country hid data on tobacco products: “For obvious reasons, a huge smuggling goes to Russia and the EU.”

Director of the Minsk Institute “Political Sphere” Andrei Kazakevich also notes the tendency of greater secrecy on the part of the Belarusian state in recent years. “For example, the situation with integration with Russia is an important issue that determines the development of the country for many years, but the authorities consider it necessary to provide any information.

Speaking about the reason for such actions of the authorities, Bornukova notes that this is mainly due to the state ideology, the most critical data in ideological terms. “Data on unemployment are not published, because there is no official unemployment rate in the country, the state believes that work can always be found. that the mortality figures of the Ministry of Health differ 15 times, “the economist explains. 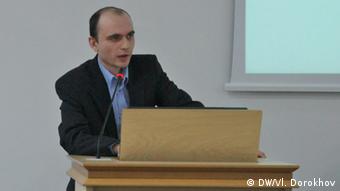 “Regarding the concealment of data on goods by sanctions, here, on the one hand, I don’t want to show that they are causing damage, because officials say that“ sanctions make us stronger. ”These sanctions can be somehow circumvented,” says Katerina Bornukova.

In general, the expert does not consider statistical data, because you can still find out everything. “All data can be recalculated from other indicators. …

The political scientist Kazakevich does not consider the lack of export data to be a problem either: “They can always be checked by our trading partners, this will be reflected in the statistics.”

Lack of data affects the efficiency of the state apparatus

However, in general, Bornukov’s information policy is negative. “People are beginning to better understand what is happening in the economy, business is assessing whether the Belarusians are buying it or not, investing or not.

And some data, according to the economist, could be generally of decisive importance for society. “The mortality data could really affect the perception of the pandemic, perhaps someone was convinced by the masks and vaccinations. The queues for vaccinations,” notes Katerina Bornukova.

Meanwhile, Andrei Kazakevich calls the key effects of public information on important indicators a decrease in the level of criticism and the effectiveness of the work of a state body. “They have no incentives to strive to reduce negative consequences. The authorities will feel impunity because of their accountability to society and the understanding that someone can appreciate it.

The Minister of Defense told whether the Patriot anti-missile systems, which Kyiv needs from the West, are dangerous for Belarus

‹ China and Belarus: Moving Towards Commercialization › Everything you need to know about the New Local Urban Planning Plan: Avignon City Hall