Miracles of evolution: They opened a new exhibition at the National Museum

The miracles of evolution are reminiscent of the film Journey to Prehistoryin which a bunch of boys travel through time to the birth of life on Earth. The newly opened part of the museum invites you to a similar trip, fascinating and captivating. More interesting because you can see everything here from the immediate vicinity.

The first sea creatures inhabiting the planet, the gradual evolution of many species of animals, up to those known today. After the recent premiere of the History of the 20th Century, The Miracles of Evolution are further proof that even a museum can tell in an engaging way! This time for the help of roughly 1500 exhibits, including 400 completely new ones, dominated by the legendary skeleton of the mouse whitefish.

“Simultaneously with the reconstruction of the buildings, it also underwent a demanding restoration. I am very happy that the next generation of visitors will be able to admire it, as well as our parents and grandparents for almost 130 years,“The head of the museum, Michal Lukeš, told Blesk. “During this restoration, a poor condition of the jaws of the mouse was found. So we had to cast a resin-like material and the originals are stored in depositories, where scientists can use them, for example, “said Ivo Macek, director of the Museum of Science, to Blesk.

It is also appealing to visitors about the new concept of the exhibition that a number of exhibits are captured in a natural action – hunting, mating, caring for young, resting... Closer than in the zoo, people have the opportunity to look into common animal situations. Dozens of signs do not disturb their display in the display cases, and visitors will find their occurrence clearly below them. They can observe undisturbed, for example, the struggle of seagulls for food, the attack of beasts on prey or the sleep of rodents underground.

The exhibition consists of six halls: Stepping in all directions; Water, our element; From water to land; Air extraction; World control and Animal Planet. A partially interactive spectacle is complemented by videomapping. “Light and sound elements then give the space a unique atmosphere,” added Šárka Bukvajová for the museum. The visitor thus finds himself on a bird island, below sea level and in the heart of the jungle. They can find creatures everywhere, from the smallest bee tongs (1 mm) to mice (22.5 meters).

The staff of the National Museum created the Miracles of Evolution for five long years together with experts, preparers, artists and IT specialists from all over Europe. 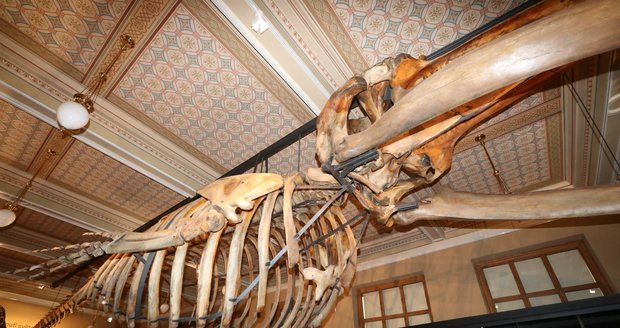 A new permanent exhibition called Miracles of Evolution, which was opened on September 2, 2021 by the National Museum in Prague. You have to go through the evolution of life on Earth from the underwater world to large terrestrial and aquatic mammals.

What Prague looked like in the Middle Ages: The harsh hygienic conditions were borne by the poorest

The Prague Zoo has bequeathed millions and real estate. Who was the mysterious gifts?

‹ China and Belarus: Moving Towards Commercialization › Everything you need to know about the New Local Urban Planning Plan: Avignon City Hall