140 years of Žižkov: He was promoted to a town, Prague 3 opened a new museum mapping history

This year, May 15, 140 years have passed since Emperor Francis Joseph I promoted Zizkov to a city. Prague 3 has prepared several events in this context. Among other things, it opened a 10 km long nature trail, which will acquaint interested parties with the rich history of this distinctive part of Prague 3, special passports of the “Free Republic of Žižkov” are prepared for connoisseurs and today a museum opened in the town hall building. the most interesting in the history of Žižkov.

“The local patriot Pavel Trojan approached me with the idea of ​​the Žižkov museum about ten years ago. At that time, none of us thought that I would be one mayor and he would be an employee of the office (Trojan works as the head of the Department of Culture, ed. Note). The people here are really patriots and they are very interested in history, after all, we also follow this on social networks, where many historical photos often circulate in various Žižkov facilities. This also made us open this museum, “said the mayor of Prague 3 Jiří Ptáček (TOP 09) at the opening.

Small but full of information

The exhibition consists of information panels with detailed text, as well as period photographs. There are also various historical objects, such as postcards, playing cards, period trade signs, and more. The photo corner in the form of a model of the tram that was then traveling through Žižkov is also interesting.

However, the town hall does not want the museum to remain preserved in the same form. It should always be adjusted according to current anniversaries. “The premises are small, but ours, which is very important. The exhibition shows the beginnings of Žižkov and its promotion to a town, and this year the Žižkov town hall is also celebrating 130 years. So we brought these anniversaries together and this exhibition reminds the host of the city of Žižkov until 1922, when it became part of Greater Prague, “commented Eva Hájková, head of the Department of Culture and Monument Care, on the exhibition.

“Next year, the Žižkov falcon will celebrate the anniversary of its official founding, as well as we will commemorate the sad anniversary of the Žižkov redevelopment. I We would like to materialize these anniversaries here next year in the form of discussions, film screenings and additional exhibitions, ”Adds Hájková.

According to the mayor, the town hall wants to achieve cooperation with the surrounding schools, which the museum can be an interesting diversification of teaching. “We would like to get a complete program for schools, ie that they would also visit the town hall building together with the museum and they would take it so hot from the cellar to the attic, “the mayor concluded. 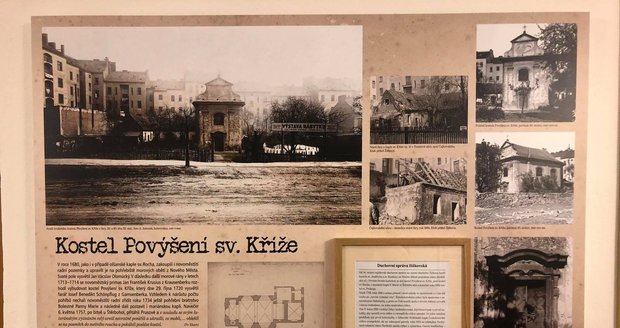 A museum has opened directly in the City Hall of Prague 3, which maps the history of Žižkov from its promotion to a city until the time when it was annexed to Greater Prague.

‹ Prague is preparing a ban on walking dogs without a leash, it is said to have excesses in advance › China and Belarus: Moving Towards Commercialization