The new face of Prague: The great Prague streets will undergo a significant transformation

Relevant conceptual studies of changes to these streets have been prepared by the Institute of Planning and Development (IPR), which is also suffering from the transformation of the airport and Wenceslas Square. As the E15 daily supports. In the gallery you will find a photograph of the places before the reconstruction and visualization of their future appearance.

Revoluční Street represents an important entrance gate on the territory of the former Old Town walls. Today it serves primarily cars, which over fifteen thousand pass through there every day. But that would have to change, because the study puts pedestrians in the forefront.

The speed limit in the whole street drops to thirty times an hour. The problem, however, is that the area lacks a direct connection between the street and the river, which is essential for pedestrians. The design is dominated by the widening of sidewalks or the planting of thirty new trees. A small square should be built on the corner of Klimentská Street.

“We want to make Revoluční Street a promenade with wide sidewalks, quality surfaces, benches and better create public transport as it should be in the center of a modern metropolis,” said Adam Scheinherr, the second deputy mayor of Prague.

The 12 most important changes that are currently being prepared in Prague:

“The conceptual study in the Prague Monument Reserves aims to elevate Revolutionary Avenue to a fully city boulevard, which is especially pleasant for pedestrians,” says First Deputy Mayor Petr Hlaváček. The revolutionary is also part of the historic city promenades Hradební korzo, which should also undergo a significant transformation in the near future.

The whole reconstruction is the work of the Institute of Planning and Development (IPR) and the Aoc architects studio led by Ondřej Císler. The Revolutionary transformation should cost about 120 million crowns, the date of completion of the reconstruction is not yet known.

The four-kilometer will also undergo significant changes Vinohradská street, although it may not be as obvious at first glance as in other requirements. Nevertheless, no public tender was announced for the reconstruction.

“In our opinion, Vinohradská Street is fully valid for its current character and there is no need for fundamental changes related to the character or activities in the area,” defends the decision of IPR spokesman Marek Vácha. He adds that the reconstruction is too costly for the Institute to announce an architectural competition. The transformation of Vinohradská Street will cost approximately 720 million crowns. 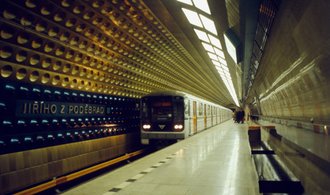 Already in 2019, the lower part of the street underwent reconstruction, which led to an improvement of the transport solution, barrier-free tram stops and better conditions for the movement of pedestrians. The public spaces around Vinohradská have improved and the street is safer, more pleasant and more elegant.

People can observe fundamental changes especially in the thoughtful harmonization of individual reconstructions so as not to restrict traffic or pedestrians. At the same time, the sidewalks will be slightly widened and, as in Revolutionary, benches and trees will be added. There will also be new front gardens at some restaurants and tram stops will be completely barrier-free. Specifically, these are George of Poděbrady, Flora, Olšany Cemetery, Želivského, Italská, Radhošťská and Macešek Palace. According to current estimates, the transformation of the entire Vinohrady region should be completed in about 2025.

A significant business class will also change Bělohorská in Prague 6. In 2016, the capital city of Prague commissioned IPR to prepare a conceptual study. The citizens themselves also took part in its creation. The aim of the study was to create a popular and prosperous street on which citizens will want to spend their time and which provides safe conditions for various modes of transport. 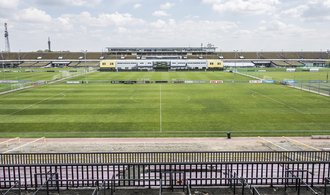 In 2018, IPR selected a general designer for the processing of project documentation on the basis of a tender. The company PUDIS became one in cooperation with Metroprojekt Praha.

New pedestrian crossings, trees and benches will be added to the street, the largest largest will be placed on accessibility. The study aims primarily to calm the traffic situation so that the newly created and improved space can be used for quiet sitting and social events. There will also be new plots with benches at the Malovanka or Drinopol tram stops. A new playground should be created at the Marjánka primary school.

The reconstruction is to start this year and should be completed in 2024. In total, it should cost 250 million crowns. As in the case of Vinohradská Street, no public architectural competition was announced. “The purpose of the reconstruction is not to think about a new concept, but especially to coordinate individual entities. For this reason, and also with regard to economic demands, we do not consider it an appropriate assignment in the form of an architectural competition, “the continuing spokesman of IPR Marek Vácha.