Shortly before the start of the Olympic qualification, my Belarusian friend and colleague Yegor Litavor asked me to give my forecast for the performance of the Belarusian national team, which was to play in a group with Poland, Austria and Slovakia.

“The chances of the Belarusian national team can be assessed as high. The team finally has a solid coach. Yes, Craig Woodcroft has enough minuses, but compared to the one who trained the Belarusians before that, the Canadian is a really good specialist.

The composition does not include Evenko, Falkovsky, the Kostitsyn brothers. But the real loss can only be called the newly-made defender SKA. The goalkeeper’s line is a concern. It is strange that Taylor is still called up to the national team, for whom it is high time to end hockey. Kulbakov and Kolosov clearly lack experience.

The main rival of the Belarusians is the Slovak national team, which will play without Khara, Fehervari, Cernak, Sekera. However, even without their leaders, the Slovaks are the main favorites of the group. Belarusians need to beat Austrians and Poles without any problems, ”was my forecast.

Indeed, there were hopes for a successful performance of the Belarusian team even after the failed world championship in Riga. But after all, the national team was led by an odious Mikhail Zakharov, and now the team has a decent coach. Last season Craig Woodcroft came out with Minsk “Dynamo” in the playoffs, where in the first round he had a serious bite with SKA. Zakharov is a fan of entertaining the audience. Woodcroft is a professional.

Of the serious rivals in the selection for the Olympics, the Belarusians had, as mentioned earlier, only Slovaks. The first two meetings Woodcroft’s team, which includes a whole scattering of naturalized legionnaires, had to win with their eyes closed.

But it turned out differently. In the most important game with the Poles, our geographical neighbors did not score a single (!) Goal, losing with a minimal sport. 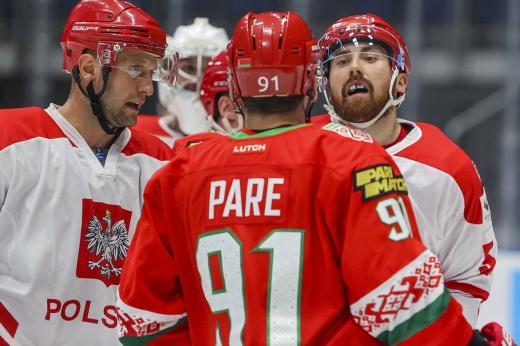 The Olympic selection started with a sensation! Belarus lost in hockey to Poland!

“Life should be in full swing, if you have invested money. And so – we will be like the great hockey players yesterday. Let’s go and lose to Poland. Hockey is unpopular there, they are generally twenty people. Well, how can you? And you give them money, money, money. I have already warned the minister and Golovchenko. They are: give me Belaruskali, give me money. Well, it will. But you give me the result. And then we went and surprised the whole world in Tokyo with a minus sign. There is physical culture, but there is no big sport, ”the President of the Republic of Belarus reacted harshly to the failure. Alexander Lukashenko.

Then – a comeback with 0: 2 in the match with Austria and the final victory with a score of 5: 2. In general, I also had to get nervous. In the key meeting for getting to the Olympics in Beijing, the Belarusian had to play with Slovakia in Bratislava. Woodcroft’s team is only satisfied with winning in regular time. That would be where naturalized foreigners take the initiative into their own hands and give a result! Alas, all this remained just a dream. As a result – the victory of the Slovaks with a score of 2: 1 and the ticket to the Games goes to them.

Statistics of Belarusian players at the Olympic selection…

Let’s take a closer look at each of the Belarusian legionnaires. Goalkeeper Danny Taylor himself a mediocre and average goalkeeper of the VHL level, which, in principle, should not be in the national team. Also in the status of an unlimited free agent, that is, without a club. It is unclear how Taylor prepared for the tournament and for what he was honored to play in all three matches. As a result, Danny missed an optional puck with the Poles, the whole selection as a whole played gray and dejected. It seems that this goalkeeper will no longer be in Dinamo Minsk (if the Belarusians entered the Olympics, he would definitely be a member of the Zubrs). Though here the Belarusian fans can breathe a sigh of relief. 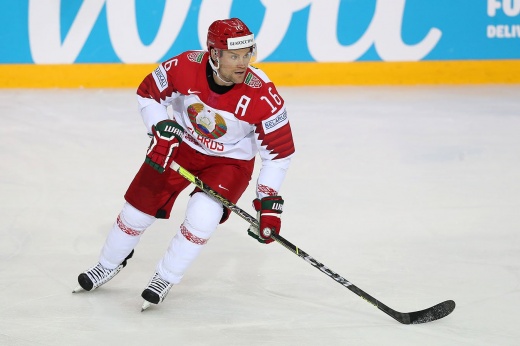 5 foreigners are not enough for KHL clubs, and there is a loophole in the limit. What’s wrong with naturalization?

The attacking defender made many mistakes Nick Bailen. It can be seen that the Traktor hockey player lacked motivation, as a result of which the transfer of marriages began on the blue line.

Shane Prince was engaged in running. I tried to move actively, but I hardly created any sharpness. Being an attacking hockey player with no better Stasya or Komarov. What is the meaning of such naturalization?

Francis Paré himself a player of the third or fourth link. The Canadian was invisible and simply disappeared into the ice. With this attitude, it was possible not to come.

Jeff Platt I threw a lot, but rather, I did it out of complete despair. The North American was lost and clearly not at ease. Why strain when there is a long and difficult season ahead with a big salary at Salavat Yulaev?

Head Coach Craig Woodcroft needs ideal working conditions to achieve results. Like the ones that are now being created for him in Minsk “Dynamo”, where there are enough high-class motivated foreigners, and not those who will simply serve their number on the ice.

The head of the FHB – about 1: 2 with Slovakia: I thank all the guys. Belarusian hockey has a future

The current North American legionnaires do not care about the national team of Belarus. For them, playing for clubs is much more important, and the presence of a Belarusian passport is needed only in order not to be considered legionaries in the KHL. This means getting more options for employment. Belarusians need to grow new ones Kostitsinykh, Saleev and Grabowski, count on your own homebrew players. Such as Egor Sharangovich, who almost single-handedly dragged the national team on himself, and earlier deservedly received a new contract in New Jersey. The time has come to realize that the naturalization of legionnaires greatly harms Belarus. It’s time to give it up.

What you should know today, October 7, from Barcelona

Belarus and Russia unify criminal case on charges of crime

‹ There were 132 new cases of coronavirus on Saturday. The reproduction number is still secure above 1 | iROZHLAS › Austria will fill up half a dozen against Moldova