Raudnitz House: Prague 5 converted it into apartments for the elderly

Housing is a big problem in the whole of Prague, there is often talk of a lack of flats for a young family. However, this is not the only problem, there is also a desperate shortage of apartments for the elderly, which have been adapted to their specific needs. There is also a fundamental shortage of these flats in Prague 5, which in recent decades has sold city flats rather than acquiring some.

“Prague 5 is located on the tail between Prague’s city districts in terms of the number of senior apartments. So far, the city has sold rather than built apartments. So for example, the sale of Women’s Homes with 900 living rooms in our city district in 2002 was carried out completely against the logic of the development of the Five. Raudnitz House is the first of three residential complexes for seniors that we plan in time for this term, “said Štěpán Rattay (Pirates), Prague City Councilor for Investment. In addition to Raudnitz’s house, the city district is also planning to rebuild the former medical center in Hlubočepy and also in Motol near Poštovka.

Small flats will be built under the supervision of conservationists

Raudnitz House is a cultural monument and fortunately its reconstruction took a very sensitive time. “Basically, we just restored this monument and improved its condition. The conservationists supervise the entire reconstruction and carefully monitor the individual steps, ”Assured Deputy Mayor Tomáš Homola (STAN).

Therefore, 24 flats for seniors in sizes 2 + 1 and 1 + 1 will be created in the complex. Part of the apartment will be barrier-free and, in addition to seniors, it will also be for the disabled. In Raudnitz’s house, which stands in a protected regional area, special facilities for a nursing service will be prepared for its inhabitants, and there will also be a doctor’s office, massages, manicures and pedicures.

Sustainability and ecology were also considered, so two storage tanks were built here, which will connect up to 70 m3 of rainwater from the roof of the building and adjacent yards. “It will be used for flushing toilets and watering. We have not yet used rainwater in any similar facility, “says Deputy Mayor Tomáš Homola. This will also save on operating costs.

However, the area of ​​Raudnitz’s house should not be a closed community, there is also a community center and many activities that connect local seniors with people and the environment. “We anticipate and welcome the participation of local associations, the development of neighborly relations and intergenerational meetings. There will be social halls with a tea kitchen for social events, winter garden with seating, the south courtyard will offer outdoor seating in the courtyard with elevated flower beds for growing ornamental and useful plants, “concluded the councilor of Prague 5 for the social area Petr Lachnit (YES). 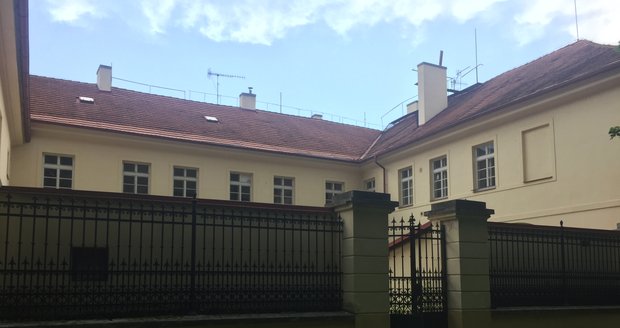 Raudnitz’s house in Hlubočepy is to be renovated by mid-2021.

‹ We have arranged affordable apartments in Prague, is the boss TOP 09: 10 mega for 2 + kk? Hm … › Prague has arrived, the final of the BJ King Cup of tennis teams will be in the O2 arena – ČT sport – Czech Television