Jana Hybášková and the director from the ministry had an accident: Alcohol ?!

The couple who crashed on Bělohorská Street on Tuesday night have had a very unpleasant experience. The car in which they drove had to crash 4 more and end up on the side after the collision. According to the Aktu.cz agency, these were to be two diplomats.

“Former MEP, Ambassador to Slovenia and Kuwait and current Special Representative of the Minister of Foreign Affairs for the Support of the Czechs in the EU Institutions and International Organizations Jana Hybášková crashed (according to her words) in Prague 6 in Bělohorská Street with her car. She crashed 4 more cars and ended up with her car on her side, “ stated by the Agency.

The agency also said he should be sitting in the car with her Former Ambassador of Jordan and current Director of the Middle East and North Africa Department Ministry of Foreign Affairs Petr Hladík. “They both inhaled over 1.5 per mille of alcohol,” added that the circumstances of the accident were being investigated by the police.

She soon joins the accident. “A traffic accident occurred in Bělohorská Street at one o’clock in the morning. We have received an announcement that the vehicle crashed into four parked vehicles. A man left the scene of the accident, the police managed to track down, “police spokeswoman Violeta Siřišťová told Blesk.cz. According to Siřišťová, there would be a man drunk AND inhaled over 1.5 per mille.

“According to initial witness informationwho saw a man in a dark suit leave the scene of the accident, further investigation found that the vehicle did not drive further. TO a woman confessed to driving on the spot, in which the breath test revealed more than 1 per mille in the breath, “said police spokeswoman Violeta Siřišťová. She added that the woman is currently undergoing standard criminal proceedings, the driver is suspected of committing an act threats under the influence of addictive substances. “We’re looking for more accident witnesses, “Added Siřišťová.

The Ministry of Foreign Affairs, where both former diplomats work, did not want to comment on the event. “With regard to the protection of personal data, we cannot comment on the case,” said Eva Blesk, a spokeswoman for the ministry. 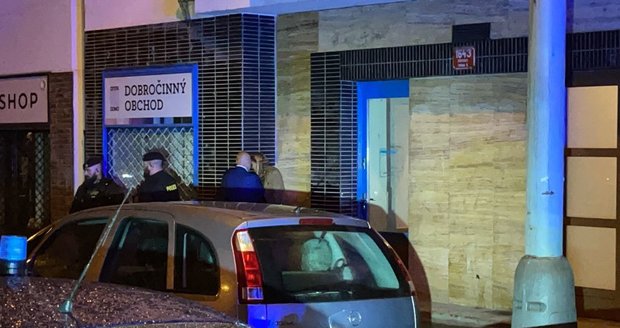 An accident occurred in Prague on Tuesday night. The car with a former MEP and a senior Foreign Ministry official ended up on its side.