Flight 522: The crew fell unconscious and the plane crashed

The fatal mistake occurred shortly before the departure of the Boeing. Due to the repair of the mechanics, they manipulated the pressure control system before take-off, which they set to manual control, but they did not switch it back to the automatic machine after the repair.

When the next crew boarded the flight to Prague, they did not notice the changed settings during any of the routine inspections. The machine thus started from Cyprus at nine in the morning local time without any visible problems. But as the aircraft rose, the pressure in Boeing gradually decreased. The first lights were on. The air density on board was constantly decreasing and the main warning board began to flash. The pilot pointed this out to the Helios Airways operations center.

The technician quickly understood the situation and suspected low pressure in the aircraft. “Can you confirm that the pressure panel is set to automatic control?” the question to the pilot was clear. However, he went through the question without any answer and instead asked a completely different technical problem. This was also the last radio communication with the plane. It was already ten miles boeing and most of the crew and passengers fell unconscious.

As the plane entered the airspace of Athens International Airport, F16 fighters were called into the air to check the situation. Fighter pilots had a terrifying sight to approach. The first officer lay helplessly collapsed in his seat, and the captain’s seat was empty. Free-swaying oxygen masks hung from passengers’ faces.

In this situation, he tried to save one of the stewards, who managed to resist and not fall asleep. However, he was aware he had no experience driving Boeing. Even after a long flight without landing the plane, the fuel ran out and both engines gradually left. Shortly afterwards, the plane crashed into hilly terrain near the village of Grammatiko. No one survived the crash.

There were 115 passengers and 6 crew members on board the flight. 67 of them were to disembark after a stopover in Athens and the rest were to continue on to Prague. However, the Czechs did not sit on the plane.

Many bodies were impossible to visually identify after the accident because they were burned by the blast after the impact. According to DNA found on the on-board instruments, it was determined that Steward Andreas Prodromou was actually in the cockpit just before the crash, trying to save the plane. He was the only one on board who was still conscious and called “Mayday” five times on the radio, but no one heard her, as she was still tuned to the frequency of the already remote Larnaca airport. 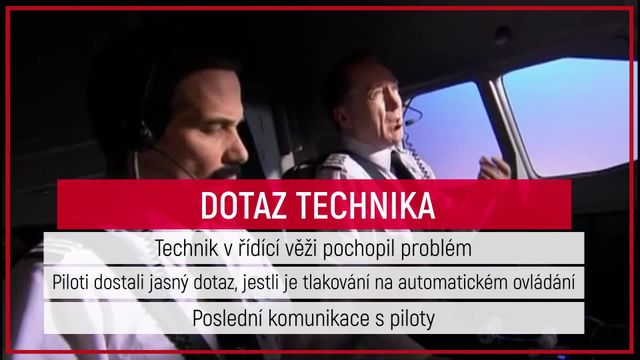