Prague – main railway station: The subway to Zizkov is to be completed in September

Currently, the best choice to get from the main railway station to Žižkov is to cross the park Vrchlického sady and jump on the tram. For example, they cross the tracks to join Seifertova Street on foot and from there to the Husinecká stop. Praguers have also been using the lift from the seventh platform since the first week of January.

“The elevator will take you to underground corridors, which will take us under the tracks of the main station to the next lift, and it will take you to the surface. It is still a short walk towards the temporary pedestrian corridor towards Winston Churchill Square, “says the Facebook account of Prague’s integrated transport. This is a temporary solution until the extension of the northern underpass from the station hall is completed, which will lead directly to Zizkov.

A total distance to the tram

Meanwhile, the journey from the elevator, and therefore from the underpass, to the Husinecká tram stop takes about 10 minutes. The subway leads to Seifert Street through the commercial center of Churchill Square. However, with the planned change of Seifertova Street, conditions for pedestrians will improve dramatically. The Husinecká tram stop is to be moved a few hundred meters lower at the level of Winston Churchill Square, which will be just a short distance from the exit from the new subway.

The ascent to the surface will boast two escalators and a grassy roof. According to the Railway Administration (SŽ), the first pedestrian should walk through the underpass already during September. The extended underground path will prevent possible collisions of pedestrians crossing the tracks to get to the platforms. The project also envisages the possibility of future expansion of the station with another island platform.

New on the “head”

The construction of the underpass and elevator to Seifertova Street was started by SŽ last year, will cost 219.55 million crowns. The work also includes relocation of tracks, cable collectors, water supply and sewerage, and modifications to the traction line. The work will be led by the association of companies Metrostav, Hochtief and AŽD Praha. 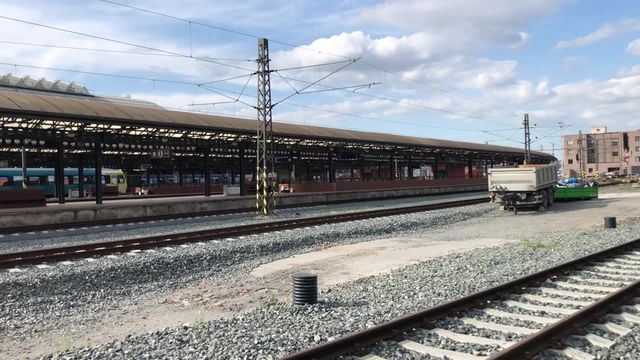 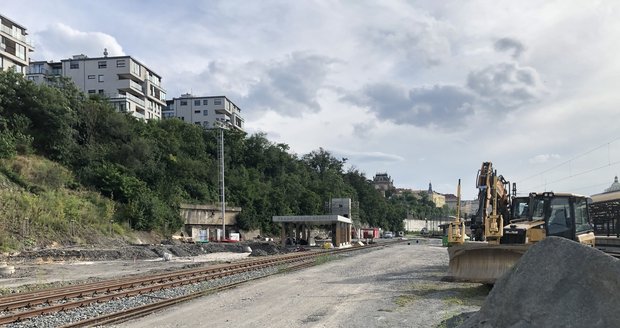 The new subway will be operational soon

Vysočany refugee support center: It will help them with housing, education and health