The Czech Republic achieved great success at the European finals of the Gelato Festival World Masters competition. Martina Březinová, the chief ice cream maker from the Czech family company from Velká Dobrá, which also operates its café with a confectionery in Kladno for more than a quarter of a century, took 2nd place in the competition of the best European ice cream makers.

The expert jury composed of masters of the Italian gelato was fascinated by Martina’s ice cream Summer Pear, which even twice won the highest point rating – ten.

Unconventional ice cream? The salty ones are a new hit in Prague

“We are very pleased with the award. The competition was quite demanding, not only due to strong competition, but also due to epidemic measures. We had to send the ice cream to Bologna, where the finals took place, by freezing express. Its production was then described, “Martina Březová describes the circumstances of the competition, which we used in 28 ice cream parlors in 17 countries. Previously, all competitors had to succeed in the demanding national rounds of competitions.

The judges evaluated the taste, appearance and like ice cream and asked the competitors additional questions online. “We make the Summer Pear Sorbet from the flaps pears from the orchard in nearby Bílichov. Sorbet contains more than 40 percent of the fruit and thanks to that, ice cream has the taste and texture of juicy summer pears, ”reveals Martina Březinová.

Martina Březinová and her husband Radek have been making ice cream since 1993. Today, their children Anička and Michal also work in the family business. In Velká Dobrá near Kladno, where they are planning to open another café, in addition to ice cream, they also produce their own Bombato brand cakes. He also delivers goodies from Dobrá to other companies in the Czech Republic.

“We like to make people’s lives sweeter,” said café owner and ice cream maker Radek Březina. “We respect the tradition of honest craftsmanship and at the same time we always try to invent new things. We make dozens of types of ice cream according to our own recipes and we pay the same care to everyone as the winning Summer Pear, “he added. You can taste the handicraft ice cream awarded at the Gelato Festival World Masters competition directly in the Kladno family café in Amálská Street. 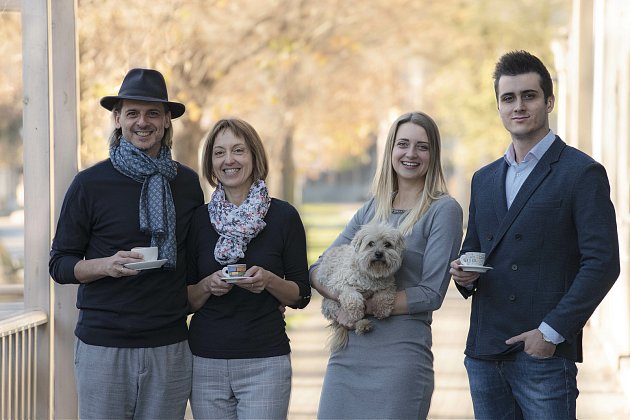 ‹ There will be no other airport near Prague, the new owners with ties to Orbán are changing their plans › Prague ACTUALLY 2021 – Horydoly.cz