Prague: Blue benches are disappearing from public spaces – so far without compensation

Blue benches are currently located throughout Prague, mostly at public transport stops. However, they have not had anything to do for a long time. “The gradual removal of approximately 1,400 pieces of this furniture is achieved after a protracted dispute with the former tenant of a number of municipal plots. “ says councilor hl. of the city for the property area of ​​Jan Chabr (TOP 09). The first pieces to disappear are the ones that we need to get rid of the road authorities of the city districts.

The remaining benches will then be removed on the basis of execution orders. Leave the cleaning of the capital at the expense of the former tenant. However, the replacement of benches by the city is still in sight. The benches in Olbrachtova Street in Prague 4 have been removed as one of the first. The councilor of Prague 4, Tomáš Hrdinka (YES), is protesting against the solution of the municipality.

“Although the municipality’s intention to cultivate public space after AD-Net, which installed the benches, I understand this solution is not at all happy without adequate compensation, “ responds Hrdinka. Prague 4 is calling to the dismay of the inhabitants, especially the elderly, with questions about what happened, they have no place where to stop, but also elsewhere in the public space where to sit. The vast majority of benches are on the land of the city, entrusted to the administration of Dopravní podnik hl. of Prague. Prague 4 intends to solve the problem in its own way.

“I can not imaginethat benches would be missing for a long time in the most frequented places, such as at the stop in front of the polyclinic on Antala Staška Street, “comments Hrdinka. Prague 4 is preparing after a preliminary agreement with the municipality temporarily install your furniture in the most exposed places owned by the Capital City of Prague.

Places to sit on the lands entrusted to the administration of the Prague 4 district will be given priority from the town hall’s own reserves. “Ours residents, especially seniors, will not lose the opportunity to deduct at least in some places during daily visits to the doctor and shopping, or during walks. Nevertheless, people still call us what’s going on “, the councilors added for Blesk.cz.

Should people wear their own?

People also respond to the disappearance of benches on social networks. “Friends, don’t you know why the concrete benches disappeared from the bus stops in Ke Krčí Street? “For example, the user Heda V. is interested in the Facebook group Prague – Braník.

“What are you old? Today, with an old woman who could barely stand, I waited for 170, 20 minutes,” delivery Heda. Jiří S. responded ironically to this: “So now wear a folding chair to the stop. ”

The original lease was signed by the capital in 1998. The supporting part of the benches served as advertising space. The city sold one crown per square meter annually as part of the rent. The lease was taken over in 2001 by AD-Net. Finally, Prague terminated in 2014, the same process was repeated five years later. The company did not agree, so the benches, despite repeated court decisions, remained on city land until today, when they begin to disappear from public space. 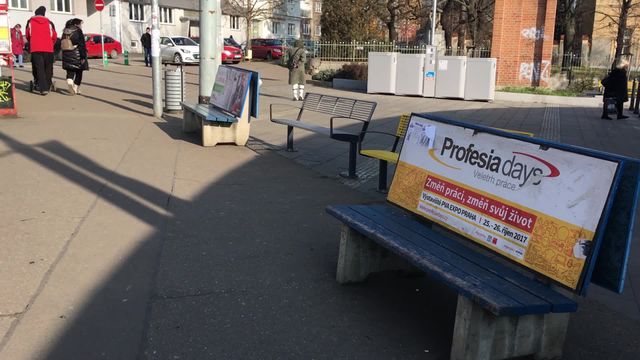 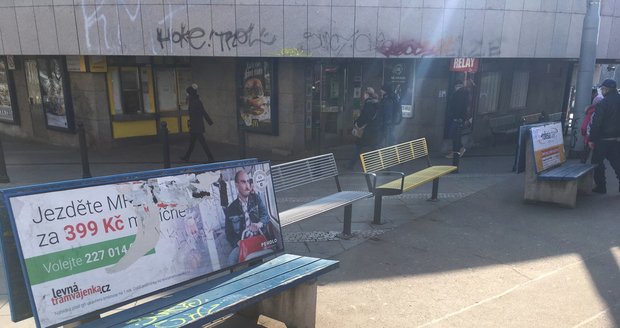 At the Strašnická metro there are 3 types of benches on 20 square meters. Residents criticize them.

‹ There will be no other airport near Prague, the new owners with ties to Orbán are changing their plans › Prague ACTUALLY 2021 – Horydoly.cz